Sting’s Match at AEW ‘Double or Nothing’: Did the Icon Deliver? 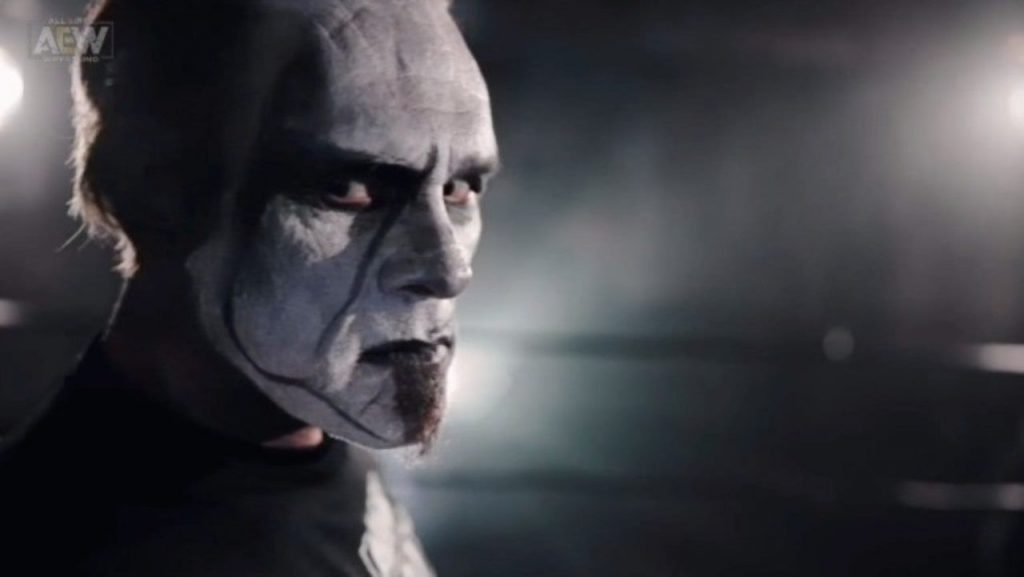 AEW Double or Nothing delivered three hours of action on Sunday, May 30. Many fans consider this event to be the biggest night of the year in the company and because of that, expectations always run high.

That was especially true of the tag team match pitting Scorpio Sky and Ethan Page against Darby Allin and pro wrestling legend Sting. This was The Icon’s first in-ring match in front of a live crowd since facing Seth Rollins at WWE’s Night of Champions on September 20, 2015. So did this match live up to the hype?

Sting’s previous bout in AEW was a cinematic match, with him and Darby against Team Taz’s Brian Cage and Ricky Starks. It was a wild match, with Allin using his signature daredevil style throughout. Darby essentially throws himself off a cliff every time he gets in the ring and the fans often wonder if he will die when he hits the bottom. It’s his gimmick but it works for him and he’s arguably the most popular star in AEW because of it.

But the spotlight was also on Sting during that match. How would the legend look? Would he come out of it still in one piece, or could the worst happen and he leaves the spectacle with a serious injury? But since the match was filmed and edited, Sting was protected for the most part. His mystique was left intact and his run as the enigmatic mentor to Darby Allin continued.

Double or Nothing was a different matter altogether. This is pay-per-view, which means that there is very little that AEW can do for Sting if something bad happens. Other than stopping the match and getting him out of the ring quickly, Sting had virtually no safety net. But then again, that’s always the case when a match is live.

Therein lays one of the biggest issues when it comes to Sting. Any time a veteran gets into the ring, the fans sit back and cross their fingers. They’re anxiously awaiting what may happen and oftentimes, they’re anticipating the worst. A veteran’s advanced age is always a cause for concern because no matter how good he or she is, the body breaks down over time and there is no denying that.

This was especially true for Sting, as his battle with Seth Rollins proved. Sting limped away from that match in 2015 with a serious neck injury. The fans thought he was finished. Sting apparently believed that as well. Any move on his part to return to action in WWE, or anywhere else for that matter, was a roll of the dice and everyone knew it.

Fast forward six years later and Sting, at age 62, steps into the ring once again. The critics were justified in their thoughts on this match going in. How can anyone ignore those thoughts? Sting was not the same man he was before and if this AEW run was nothing but a cash grab, then it shouldn’t have happened. Wasn’t Sting taking the spotlight from younger talent in the company?

But the problem with this way of thinking is that while a veteran’s health is always a concern going into a match, the same is true for everyone going into any match. A 22-year old rookie can suffer a devastating injury just as easily as a 62-year old veteran. The worst can happen at any time, because there’s always a major risk factor in professional wrestling. It’s something that longtime fans often become desensitized to, but it’s always there.

Been There, Done That

The match itself at Double or Nothing was another entertaining chapter in the ring career of Sting. Scorpio Sky and Ethan Page were the perfect heel duo to counter Sting and Darby. Sky and Page did their part to work the crowd many times throughout the match. That’s something other top heels didn’t do during the event. They expertly played their roles and by the end, the fans were ready to see them lose.

But what about that loss? Does Sting at 62 pinning Scorpio Sky at 38 destroy the latter’s AEW career? Is his future in jeopardy in Tony Khan’s company? Will the fans now see him as a lesser star because he lost to “an old man?” Or will those fans, who roared when Sting got the pin, continue to appreciate Sky for what he can do and probably even love him more, because of this match?

In the end, it’s all about what matters to the fans on an individual basis. Much of that is out of Sting’s hands. The same is true for every wrestler that plies their craft in the ring. At his core, Sting is a pro wrestler. He was booked in a tag team match on a pay-per-view, which meant he knew the pressure was on to deliver the best he could in the time he had. That’s exactly what he did. Anything that comes afterward, like any opinion from any fan, is up for debate.