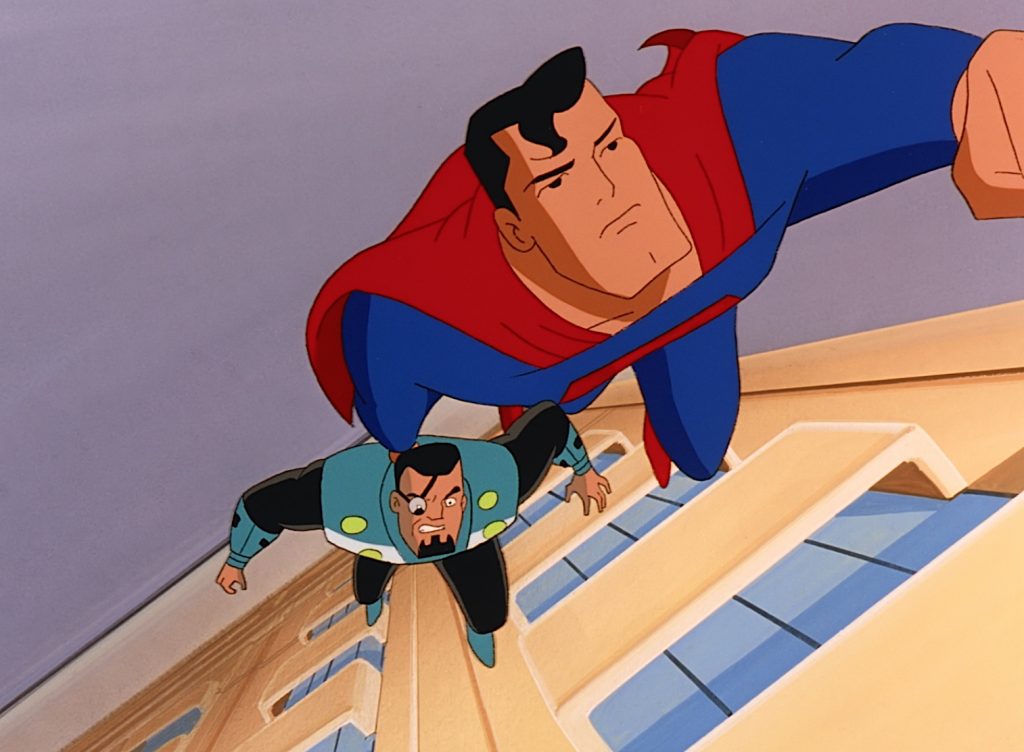 The following show critique portion of this review was written by my colleague Ben Belcher.

While technically being the second series helmed by Bruce Timm and Paul Dini, Superman: The Animated Series would be the first to take on Timm’s more stylized art that would come to define an era of DC animation. This, and its predecessor Batman: The Animated Series/The New Adventures of Batman and Robin, would come together to form the Batman/Superman Adventures and set the stage for the shared universe continuity of the coming animated series for over a decade. This would come to include fan favorite shows such as: Batman Beyond, The Zeta Files, Static Shock, Justice League, and Justice League Unlimited.

Tim Daly became the voice of the first superhero as Superman: The Animated Series hit small screens to massive acclaim in 1997. He portrayed the big blue boyscout as confident and mild-mannered with skill and he managed to give a grace and subtlety to a larger-than-life character.

Needless to say, Superman: The Animated Series has quite a legacy under its belt, and after rewatching the entire series recently I can completely understand why. 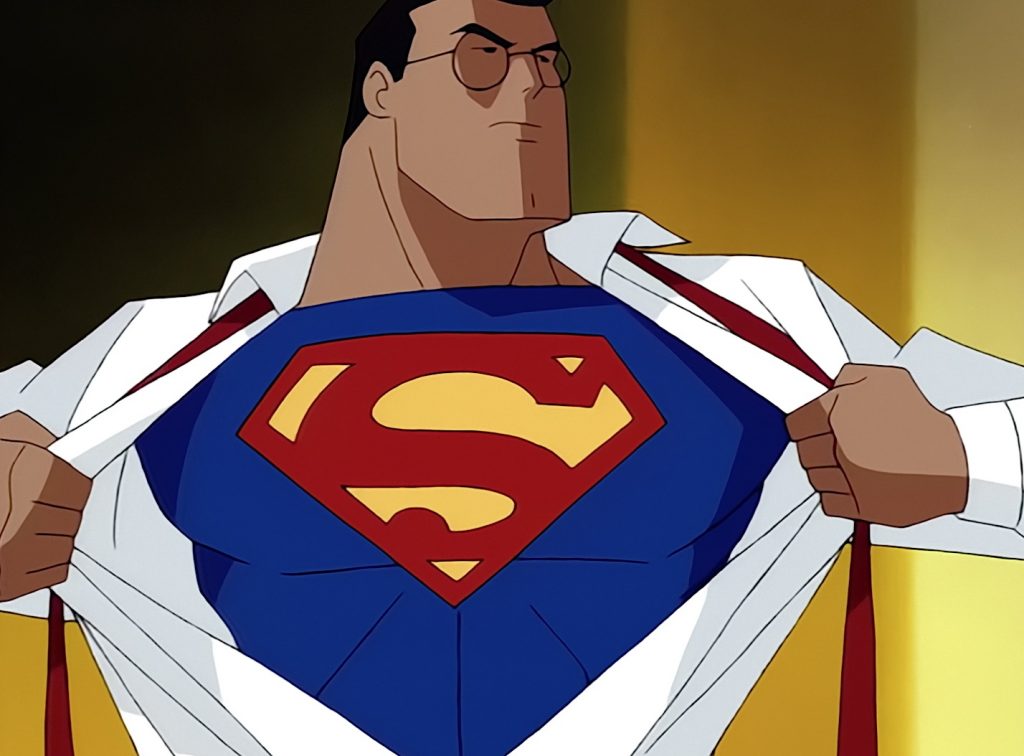 The first season would establish almost everything about the show that would be needed for Timm and Dini’s grand plans going forward. They start the show off with a bang too. Unlike with Batman a few years before, not only does Superman get an origin story but it’s an epic three-parter at that!

The series’ second season is where the bulk of the most memorable and famous episodes lay waiting for your viewing pleasure. I think all I really need to say is, “World’s Finest,” and the initiated understand. For those in the dark, “World’s Finest” is the three-part epic that brought Batman and Superman together for the first time since the Superfriends. It was magical then, and it still is today over 20 years later.

On top of that we get the formal introduction to Darkseid and the beginnings of his multi-series long feud with the Man of Steel, Supergirl, the race with the Flash, and so much more. This season is more than twice as long as the first season, so it’s almost unfair how much awesomeness is crammed into it. 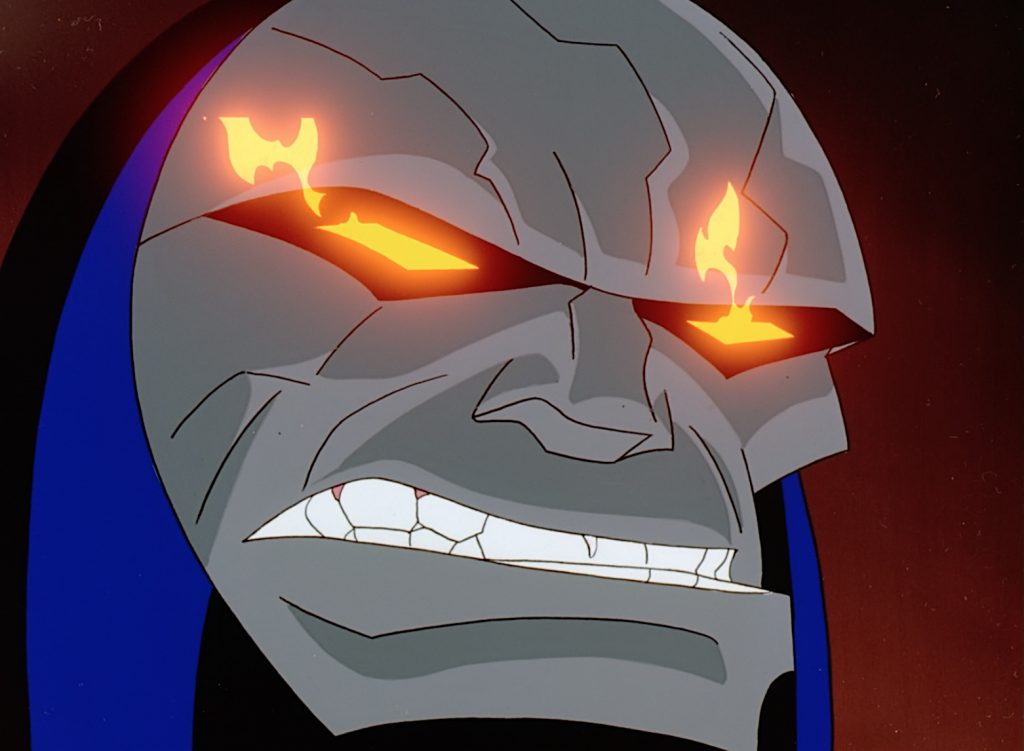 The third and final season of Superman’s solo show would see our hero in peak form. He’s back down to 13 episodes, but quality doesn’t drop for a second. We meet a few more members of what will become the Justice League, Batman makes another appearance, and Darkseid. Oh sweet glorious Darkseid.

The series concludes with an epic battle between the malevolent New God and the Man of Steel that is so perfect I can’t put it into words.

When next we saw the Man of Steel he would be standing beside his greatest allies: the Justice League. Everything set out in Batman and Superman’s previous series is put to use and even shows you never would’ve thought were connected tied into the fabric of the growing shared universe.

These shows made up a huge part of my childhood. I honestly wouldn’t be who I am today if not for the likes of Timm and Dini’s Justice League universe. When I got older, I was able to share them with my daughter. Watching her fall in love with the same heroes and stories I had at her age was an experience I will cherish for the rest of my life.

Superman: The Animated Series shows a version of its titular hero that is vulnerable but always fights through and finds a way through strength of heart and will. He stands as a symbol of positivity against cynicism. Especially in times like these, I think we could all use a little more of that. 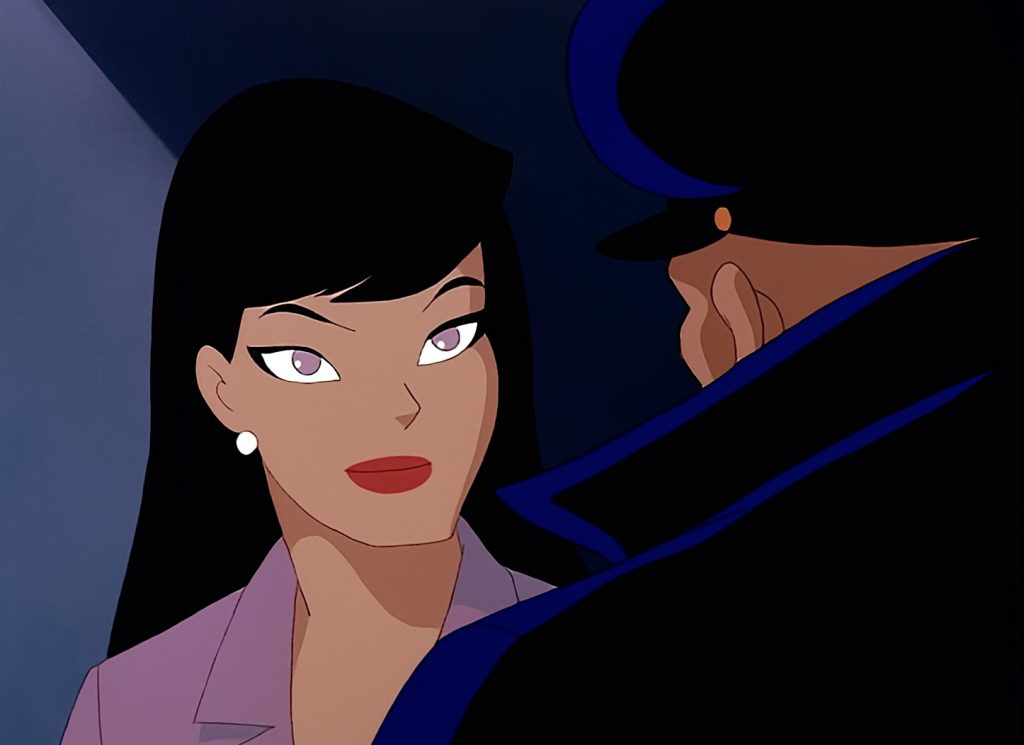 Superman: The Complete Animated Series honestly looks stunning on Blu-Ray with its 1080p transfer remastered from the original 35mm Interpositive sources. Warner Bros. Home Entertainment allows plenty of room for these 54 episodes as they are spread over six discs. This means little in the way of nasty compression artifacts or digital nuisances of that nature. There are the occasional brief instances of blocking and artifacts, but it is infrequent enough to not be a major distraction. Colors are incredibly vibrant and bold throughout the entire set. When comparing this to some of the standard definition clips in the special features, this new presentation blows it out of the water. The animation style lends itself to giving some extra texture to character outlines, but this is a stylistic choice rather than an issue with the disc. There is no visible damage or dirt that was spotted while checking out these episodes outside a couple of moments that seem to trace back to the source material. Everything looks sparkling new and crystal clear. Black levels run very deep with no crush detected. This presentation really dazzles.

One egregious mistake on this set that may rightly rankle some fans is the inclusion of an erroneous version of “Apokolips…Now Part 2” which removes the Jack Kirby dedication text featured at the end of the episode that was mistakenly removed in the remastering process. Hopefully WB can find a way to fix this for fans in the future.

This Blu-Ray disc comes with a DTS-HD 2.0 Master Audio mix that is really lively and exciting. The classic series theme intro always fills your speakers with thrilling notes that get you into the perfect headspace for the show. Dialogue is rendered crystal clear at all times without ever being clipped by sound effects or score. Sound effects carry a real weight within the mix with some decent activity in the low end. For a Saturday morning cartoon show, it is pretty dynamic sonically. The focus of this set may be on the upgrade in the video, but fans of the series will be just as thrilled to have the show sounding as powerful as the Man of Steel deserves. The disc provides optional English (SDH) subtitles for all 54 episodes. 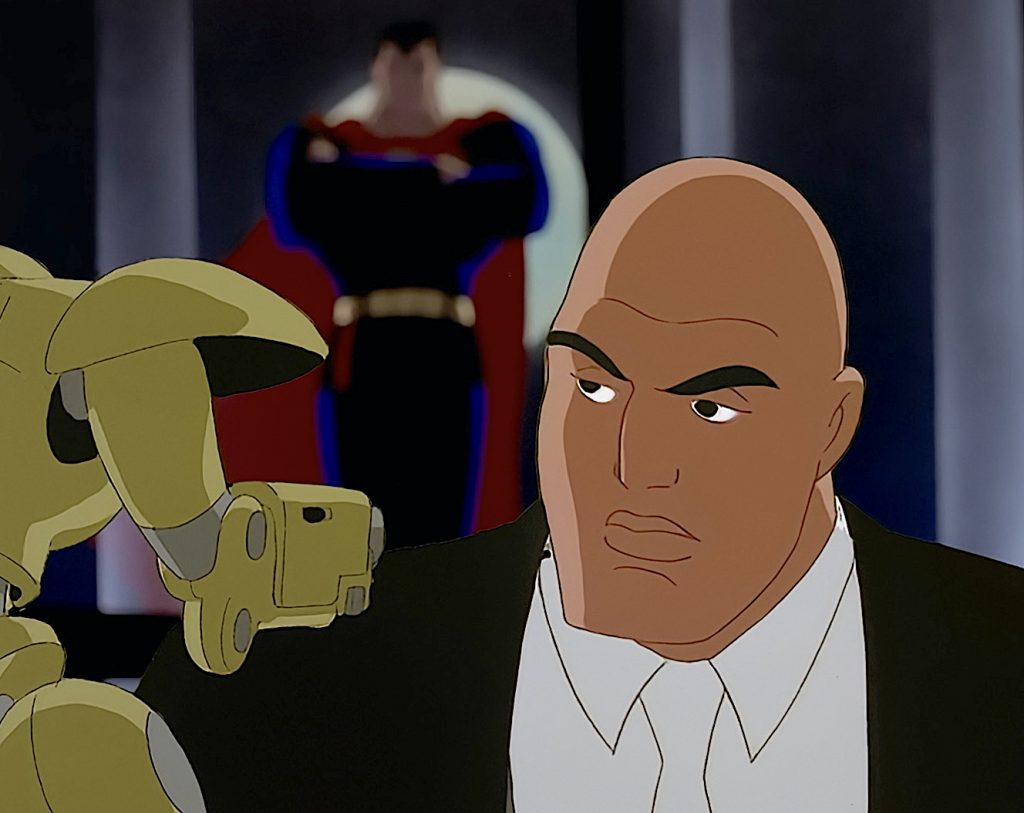 This set is missing some material included in the DVD sets including commentaries for “Tools of the Trade,” “Brave New Metropolis,” “World’s Finest Part 1,” “Apokolips…Now! Part 2,” “New Kids in Town,” and “Legacy Part 2,” along with the “Apokolips…Now! Part 1” easter egg commentary and “Superman: Behind the Cape” featurette. The decision to leave these off may make it harder for some to part with their old DVD sets.

Superman: The Complete Animated Series is often overlooked in favor of the beloved Batman: The Animated Series, but the series focusing on the Man of Steel is just as worthy of praise for what it accomplishes. While not quite as dynamic as his dark friend, Superman is still a fascinating character with plenty of thrilling adversaries and important figures in his life that balance the Clark Kent material with the Superman storylines really well. The voice cast is note perfect across the board with Tim Daly and Dana Delaney bringing such warmth and love to the characters of Clark and Lois. Warner Bros. Home Entertainment has released a new Blu-Ray set featuring a stellar A/V presentation and some entertaining special features. There are some small issues that keep this set from being perfect, especially the missing special features, but this set is strong enough for what it does right to still garner a hearty recommendation. Recommended

Superman: The Complete Animated Series is currently available to purchase on Blu-Ray.

Disclaimer: Warner Bros. Home Entertainment has supplied a copy of this set free of charge for review purposes. All opinions in this review are the honest reactions of the author.