In Daimajin, directed by Kimiyoshi Yasuda (Yokai Monsters, Zatoichi on the Road), the young son and daughter of the benevolent feudal lord Hanabusa flee to the mountains when their parents are slain by the treacherous usurper Odate. Ten years later, when the elderly priestess who has harbored them is also murdered, the rage of the slumbering ancient god that lies beneath the crumbling giant stone idol hidden deep in the forests in the mountains is invoked. In Return of Daimajin, Kenji Misumi (Tale of Zatoichi, Lone Wolf and Cub) brings his usual stylistic flourish, as the wrathful deity is roused from his new home on an island in the middle of a lake by the violent incursions of a vicious warlord. In the final film, Wrath of Daimajin, by veteran jidaigeki director Kazuo Mori, four young boys make a perilous trip to elicit the help of the ancient mountain god in freeing their family members who have been enslaved by a tyrannical lord. Remarkably overlooked in the West, these three thrilling tales of feudal oppression and divine retribution meted out by the iconic stone warrior of the title combine lavish period detail with jaw-dropping special effects.

For thoughts on The Daimajin Trilogy, please check out our discussion on The Video Attic:

The Daimajin Trilogy comes to Blu-Ray with three films spread over three discs. These films share a lot of the same qualities, so I will mostly be judging them as a group while pointing out any noticeable differences when necessary. Masters prepared by the Kadokawa Corporation for these three Japanese films were provided to Arrow Video, who performed original grading and restoration. Overall, these transfers represent a mostly enjoyable experience in terms of quality. None of the presentations in this set represents a flawless effort, but the quality is perfectly solid across the board. Every film suffers from some minor form of print damage and other source anomalies, mostly when it comes to the optical shots. On the whole, there is not much to object to here.

All three films offer a comparable experience that I would deem to be quite good, but they have small issues that should not be overlooked. It should be noted that these three films were previously released by Mill Creek Entertainment, but even without seeing those releases it is with great confidence that I can presume these transfers are much better just from a compression standpoint. The films handle the basics fairly well such as color saturation, but not every moment is popping off the screen. Fine detail should be ranked as middling to strong with some scenes presenting as soft in some shots. As mentioned, the films do still exhibit a bit of wear and tear, and some misty moments reveal weakness when it comes to chunky compression artifacts. These films occasionally suffer from instances of black crush or lack of detail in the darkest scenes. Overall these three films are pleasing, but having 4K restorations for all of them would have been even better. Even so, Arrow Video has done a wonderful job with this collection.

This Blu-Ray set presents Daimajin with a LPCM 1.0 mono track, while Return Of Daimajin and Wrath of Daimajin are provided with DTS-HD 1.0 Master Audio Mono tracks in both the original Japanese and English dubs. As per the usual, we recommend the original Japanese tracks for artistic purity, but we know some have a nostalgic soft spot for the English dub. Dialogue is very clear and easily distinguishable throughout this set of films. They employ some atmospheric sound effects in the mix that thankfully do not get muddled even at the most active. The score maintains a solid fidelity among these titles, although there does appear to be instances of age related wear and tear at the highest amplitudes. All three have moments that can sound a bit harsh, but this is mostly an issue when it comes to the music. The Japanese tracks seem to have an overall better sound quality compared to the English-language tracks. All three films included in this set have optional English subtitles provided. This series is not an audio powerhouse, but it mostly gets the job done in a pleasing way. 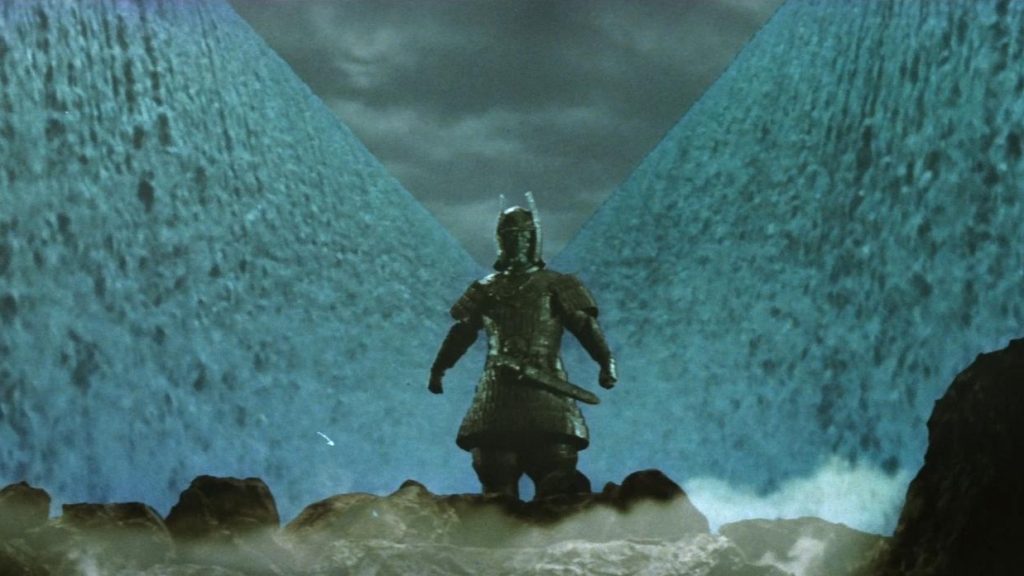 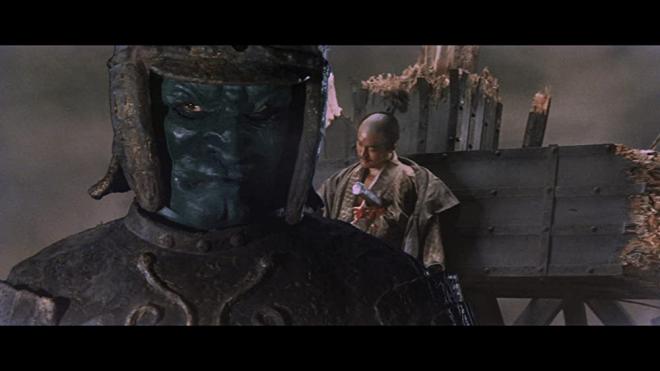 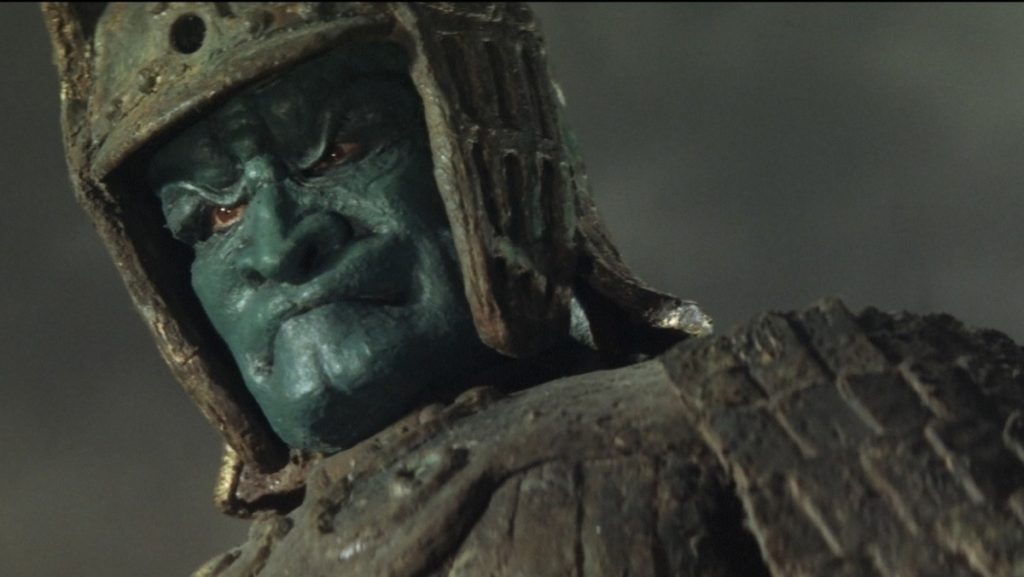 The Daimajin Trilogy is a really fun time that should delight anyone with a soft spot for kaiju or other larger-than-life forces swooping in to save the day. The storytelling can admittedly become a bit repetitive over the course of these three films, as the only thing that really changes are the specifics of the oppressed people and the season in which the smackdown takes place. The first hour of each of these features have their interesting moments that stand proudly alongside other classic samurai films, but the final 25-minute battle is what makes this set worth the price of admission. Arrow Video has bundled these three films together into a Blu-Ray collection featuring a strong A/V presentation and some worthwhile features. We are living in an exciting time when all of these old gems previously only experienced in poor cable quality have been provided with renewed life.  Highly Recommended

The Daimajin Trilogy is currently available to purchase on Blu-Ray.