‘The Duke’ Review – A Vintage Story with Modern Sensibility 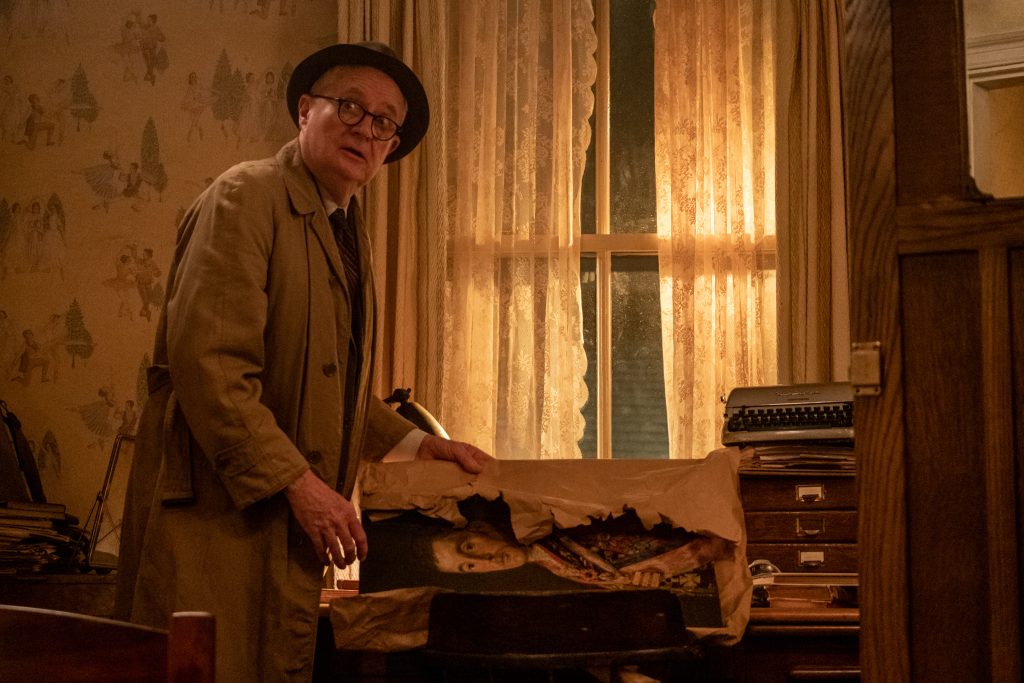 THE DUKE is set in 1961 when Kempton Bunton, a 60-year old taxi driver, stole Goya’s portrait of the Duke of Wellington from the National Gallery in London. It was the first (and remains the only) theft in the Gallery’s history. Kempton sent ransom notes saying that he would return the painting on condition that the government agreed to provide television for free to the elderly. What happened next became the stuff of legend. Only 50 years later did the full story emerge – a startling revelation of how a good man set out to change the world and in so doing saved his son and his marriage.

The smallest voices can cause the loudest disruptions. Even when you think no one is paying attention, someone is listening and being influenced by your words. Whether you think you have an effect or not, those listening may have the clout to make a tangible impact. Now, hopefully, what’s coming out of your mouth is of substance and helpful or at the very least, funny, because we all want to be on the right side of history.

“All my life, I’ve looked out for people and gotten in trouble for it.”

What is the difference between borrowing and stealing? Is it the length of time or the intent? Grab your picket signs, ready your television licenses, and prepare for some chuckles, we’re heading back to 1960s London. Well, London adjacent. Directed by Roger Michell, The Duke is a vintage story with modern sensibility. Awakened by the spirited performance of Jim Broadbent, once you get into the meat of this story, it’s hard to ignore. A film that is not quite a whodunnit nor a crime caper, but it has the characteristics of both. Based on a true story, this rebellious Robinhood-esque tale of speaking truth to power is more than a historical telling of a heist. It’s the story of a man taking a stand against what he thinks is unlawful and unnecessary. Now, while the issue may not be a life or death situation, it is one that affects almost every household. And the issue was problematic enough to eventually be changed.

This film is filled to the brim with very real family dynamics. From the seasoned marriage to sons that are two sides of the same coin, they could easily be your neighbors. That’s what makes this story so fascinating. A theft that is so random, so expensive, is talked about on every news station, mentioned in every paper and the fact that it could simply be sitting on your neighbor’s table is wild to think about. With a twist that you don’t quite see coming but makes perfect sense, everything that is done is done for the greater good. As Kempton goes from job to job, losing each one for being a decent human being, the only thing he seeks is for everyone to see the humanity in each other. He tends to consistently drive his wife, Dorothy crazy. She wishes he could bring home a steady income because they aren’t the wealthiest people on the block, but she loves him nonetheless.

I found the most human aspect of the story to be, the avoidance of an unresolved tragedy. It’s something that most of us deal with at some point and it’s never easy. Nevertheless, the film is abundant with humor, a touch of grief, but most all tons of heart. From the score to transitions as well as other editing choices, this film definitely has the feel and aesthetic of the 60s. The production design, speech, and wardrobe make you feel as if you stepped out of a Tardis and entered into the past. As much as the story lives in a different era, much of its sentiments are unfortunately still needing to be echoed today. This is a film that caught me by surprise. I enjoyed it much more than I expected. Its rewatchability is med-high.

The film begins rather quickly, throwing into the heart of Kempton’s issues and what he stands for. From then on, the film keeps a surprisingly lighthearted and up-tempo pace. The charm and charisma of Kempton is what made the film pop for me. He’s quick-witted, passionate, and someone you want by your side.

While Helen Mirren is always a delight and a show stealer, she definitely takes a backseat to the presence and magnetism of Jim Broadbent. As Kempton, Broadbent is someone that we should strive to be. He’s righteous, ambitious, loyal, and fights for the greater good. He may be a bit stubborn, but we’ll just call that persistent. Nonetheless, the chemistry between the pair is as organic as your parents or grandparents that have been married for 40 years. Fionn Whitehead as Jackie is an extension of Kempton’s rebellious spirit but is also struggling to find his own way. But overall, he’s a well-meaning young man that is just trying to be the kind of man that his father is. Then there is the other son, Kenny played by Jack Bandeira. He is full of the rebel spirit as well, but he resides on more of the malicious and illegal side of the aisle.

The Duke releases in select theaters on May 6, 2022. Stay safe and enjoy. 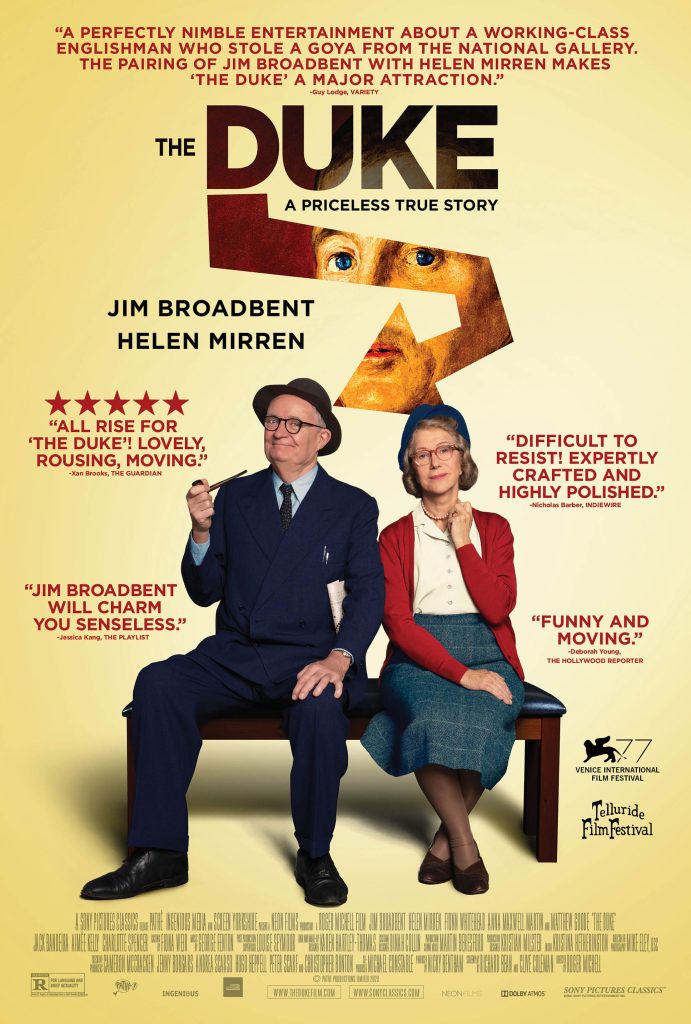 Directed by Roger Michell, The Duke is a vintage story with modern sensibility.