Clint Eastwood has had one of the most prolific careers of any individual still working today. From his immense body of work on the acting side to his acclaimed shift to directing, the man has made some incredible contributions to cinema. Eastwood has been directing for nearly fifty years now, but one of his earliest efforts was the 1975 action thriller The Eiger Sanction. If fans of the spy genre ever wanted to get a sense of what James Bond would look like if he grew up in the United States, the results would probably look an awful lot like this film. Based on the 1972 novel of the same name by Trevanian, The Eiger Sanction finds Eastwood tackling a subgenre he is not really known to frequent. Eastwood took his experience as a storyteller and injected some more dramatic narrative stakes to the film. With his eye for bringing a highly cinematic quality to his projects, Eastwood made some really daring choices during the course of filmmaking that soon would be unable to be replicated. The Eiger Sanction is not some masterpiece of cinema, but it is a fun, politically incorrect throwback to seventies action movies.

Like so many movies in the genre, the film’s plot is patently ridiculous, but it does what it needs to do to serve up pithy one-liners and thrilling action sequences to the audience. Eastwood plays Jonathan Hemlock, an art professor and retired government assassin who is trying to live a normal life until he gets summoned by his former boss, Dragon (Thayer David). In a development you could have seen from a mile away, Dragon is an albino ex-nazi who is confined to near-total darkness due to the severity of his condition. Dragon needs Hemlock to “sanction” (aka kill) a man who is responsible for the death of a fellow agent. Hemlock is content to remain retired, but Dragon’s threat to leak details of his expansive wealth and beloved art collection to the IRS gives him no choice but to comply (at least he gets double his normal fee!). Did I mention Hemlock is also a renowned mountain climber, and the only thing he knows about his target is that he is part of an international climbing team set to ascend the Eiger mountain in Switzerland? As I said, this plot is wild. 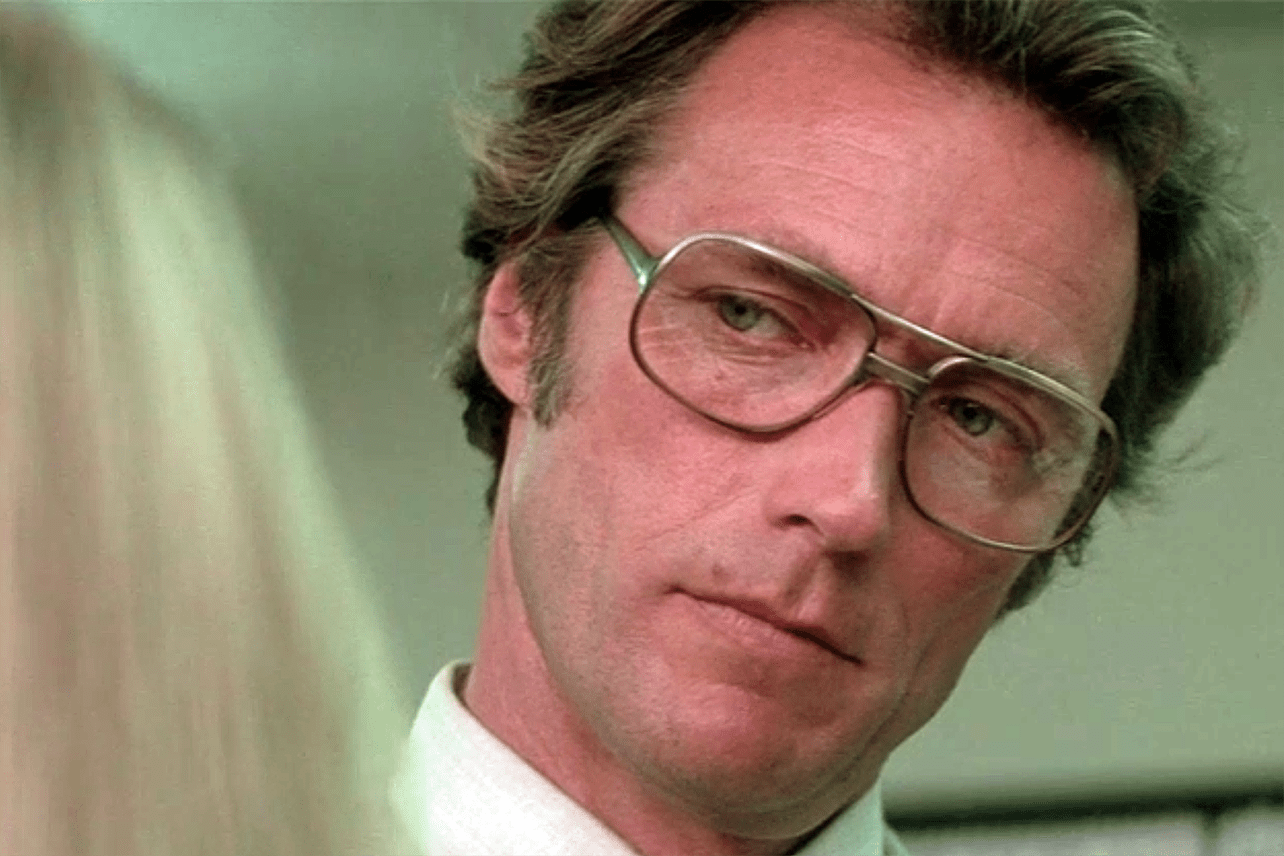 Does this movie care if you think it is absurd? Absolutely not! The fun thing about this film is that the character Hemlock is a bit of a prick. Anyone who dares to give him a hard time is soon eviscerated by a cutting retort, if not physical violence. This film is action-movie hilarious, and it never pretends to be more serious than it is. This is a film about spycraft and mountain climbing; it is not supposed to be Shakespeare. Eastwood is all testosterone in this lead role, swinging his ego around at every turn and turning on the charm when it matters. That is to say, Hemlock does not let his assignment get in the way of seducing more than one woman. The depiction of the women in this film is not great, which I am sure you already knew just from the genre and general time frame this was released. Writers apparently did not know how to write a fully flesh-out lady that had a purpose outside of being a sexual object for the protagonist. This is truly unfortunate, but those who have an interest in a movie such as this one have long-accepted that this is a shortcoming of the genre and have chosen to not let it bother them. Of course, the male members of the supporting cast have more substantial roles to dig into all around. George Kennedy is a definite highlight of the film as Ben Bowman, a rascally old friend of Hemlock who helps him get back into climbing shape for his mission.

Outside of the general lighthearted tone and genre-appropriate performances, the real treat of this film is the visual feast that the locations offer up. With this being a film about mountain climbing, Eastwood did not skimp on offering the goods by trying to reproduce locations on a soundstage or anything. The cast and crew actually went to the Eiger mountain and Zurich in Switzerland, Monument Valley and Zion National Park in the American Southwest, and Carmel-by-the-Sea and Monterey in California. In fact, the filming of the Totem Pole in Monument Valley was the last to be legally done by a film crew. The footage is absolutely breathtaking, and it elevates this relatively minor effort to something a bit more grand in scope. The film is also given a boost due to the fact that Eastwood insisted on doing all of his own climbing stunts, which is incredibly wild and reckless given the nature of the stunts. Eastwood put his crew through hell, but you cannot claim that the film does not feel a touch more thrilling knowing that Eastwood is the person on screen the entire time. The Eiger Sanction is not a film that will appeal to all sensibilities, but those who thrive on unapologetic seventies action flicks should find something to enjoy here.

The Eiger Sanction comes to Blu-Ray with a digital AVC encoded 1080p transfer in 2.35:1 derived from a 2K remaster. The presentation is pretty gorgeous throughout most of the runtime, providing a step up from the previously-released Blu-Ray from Universal. Unlike the previous release that was plagued by digital tinkering, this transfer maintains the natural film grain of the presentation. The picture runs slightly on the soft side, most likely due to limitations of the original source material. Colors are well saturated in a pleasing way, and instances of print damage have been cleaned up immensely with only the occasional specks and marks visible. Overall clarity and detail is stunning, and skin tones are natural and consistent with subtle facial features easily noticeable in closeup. Black levels hold up well with crush not serving as an overwhelming issue. This new presentation from Kino Classics is very impressive, which should please fans of the film.

The Blu-Ray disc comes with a remastered DTS-HD 2.0 Master Audio track that perfectly preserves the artistic intention of the film. The memorable score from John Williams sounds great throughout the duration of the film, as it creates a sparse, menacing tone for the film. There is never a moment where it threatens to overwhelm competing sounds, and it maintains a good balance so that dialogue comes through clearly. Environmental sounds such as the stillness of the wind are rendered well alongside everything else. There does not seem to be any majorly noticeable instances of age-related wear and tear. Kino Classics has given this film the perfectly preserved, faithful audio presentation it deserves. 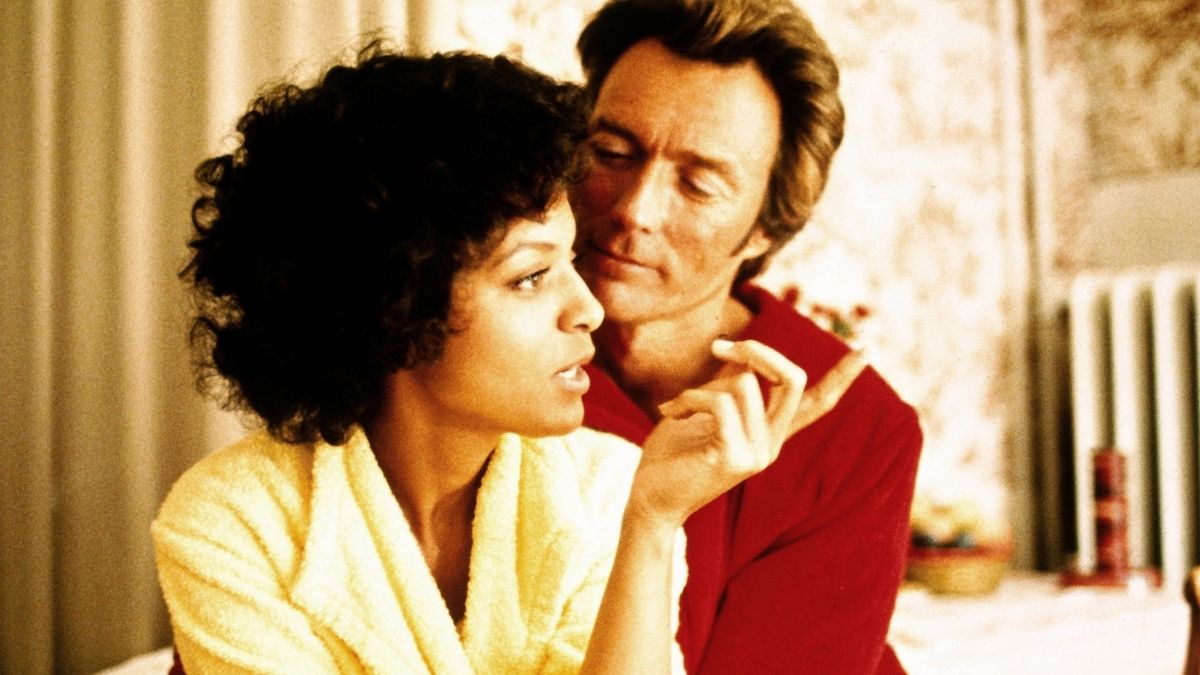 The Eiger Sanction feels like the perfect movie for old-school dads to watch on a lazy weekend afternoon. Clint Eastwood injects the perfect amount of levity to this unbelievable story of action and intrigue. The film is very much not politically correct in many respects, but those who can look past such aspects will likely find this to be a solid entry into the spy genre. Kino Classics has given this one a great new A/V presentation and some fun extras. If you are a fan of the film or old-school Eastwood, this is the version to get. Recommended

The Eiger Sanction is currently available to purchase on Blu-Ray.