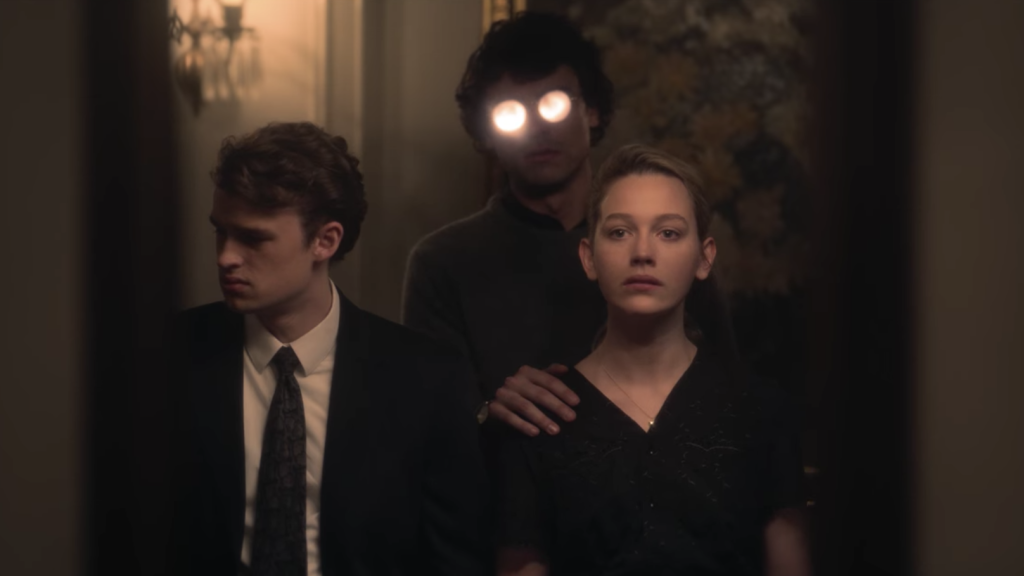 In Mike Flanagan we trust. For the past decade or so, this creative force has been creeping us out on screens big and small both from original ideas and inventive adaptations of well-known properties. It is in the latter space where he crafted what is perhaps his masterpiece, The Haunting Of Hill House. Flanagan is an artist who succeeds because he understands that making transcendent horror goes beyond cheap jump scares. One of his strengths is establishing a strong emotional core to his story that makes the thrills almost unbearable as they reach their narrative breaking point. After this first installment of his “Haunting” miniseries was such a success, the expectations for his follow-up were through the roof. Once again Flanagan tackles a classic text, this time going for The Turning Of The Screw by Henry James as his framework to tell his larger story. The Haunting Of Bly Manor is notably lighter on straightforward thrills and has a deliberate pace that may alienate some, but at the end of the journey it earns an emotional payoff that reminds you why Flanagan is so incredible.

The series opens with the familiar face of Carla Gugino (Sin City) as an older, unnamed wedding guest who serves as the storyteller to a small, captivated audience the night before a wedding. Her story takes place long ago and far away in 1987 London where young American Dani Clayton (Victoria Pedretti) answers an ad played by stoic businessman Henry Wingrave (Henry Thomas, Doctor Sleep) looking for an au pair to look after his niece and nephew who live in the titular manor. It is clear that both sides are hesitant at first about laying their cards out on the table; Dani is clearly running from something in her past, something that makes her afraid to look into mirrors. Henry, on the other hand, is not keen to reveal how deep the trauma goes for these children, having not only lost their parents in a terrible accident but also their previous au pair to suicide. While they are far from “perfectly splendid”, each side is just broken enough to meet the other one where they need to be. 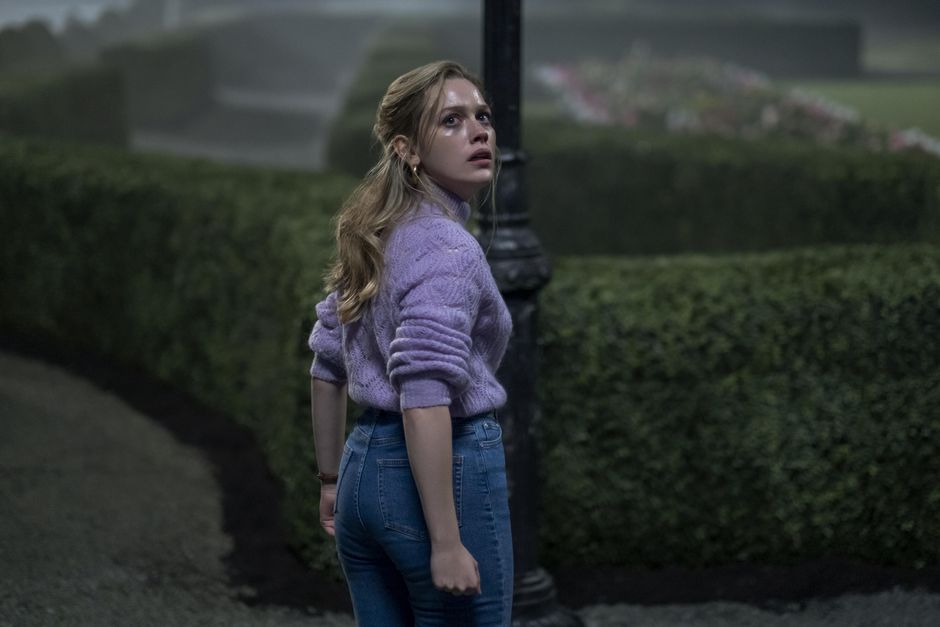 One area where Bly Manor falters in comparison to its predecessor is in its pacing. In the first episode we meet all of the main figures of the manor; the children, Miles (Benjamin Evan Ainsworth) and Flora (Amelie Bea Smith), the housekeeper, Hannah Grose (T’Nia Miller), the cook, Owen (Rahul Kohli, iZombie) and gardener Jamie (Amelia Eve). Dani also sees a mysterious man played by Oliver Jackson-Cohen (The Invisible Man) who does not seem to be accounted for within the established residents. Given the title of the show, you can likely see where this is going. Bly Manor is less interested in scaring you as frequently as Hill House. There is a malevolent presence residing in Bly Manor, but the motivation behind is more melancholy than malicious. This ties into the pacing issues; the first few episodes are filled with great building blocks, but you do not get the larger context until the penultimate episode which leaves the audience less able to get invested in what is happening in the moment. This might not matter as much on a rewatch, but escalating tension is not handled with as much finesse in this entry.

The scares are mostly gentle this go around, but the emotional story they build up is quite lovely. There are a couple of different stories of longing between some of the key characters, often held up by some past trauma that lingers as much as the actual spirits on the grounds. The Hill House alums that appear in this outing are fantastic once again, but Flanagan opens up his world to some new faces that knock you sideways. Fans of the “Bent Neck Lady” episode of Hill House will find similar thematic resonance with Hannah, a character who you might overlook until she is given her proper exploration. Jamie is sure to be the audience favorite this season with her dry wit and loner-charm that blossoms into something beautiful with a key person in the house. Bly Manor has some creepy moments, but there are only maybe two moments throughout the season when you might jump out of your skin in the way Hill House delivered in nearly every episode. This installation is replete with strong character arcs that did have us shedding a few years by the very end. Flanagan does not reach perfection this time out, but he still offers up a story better than most. 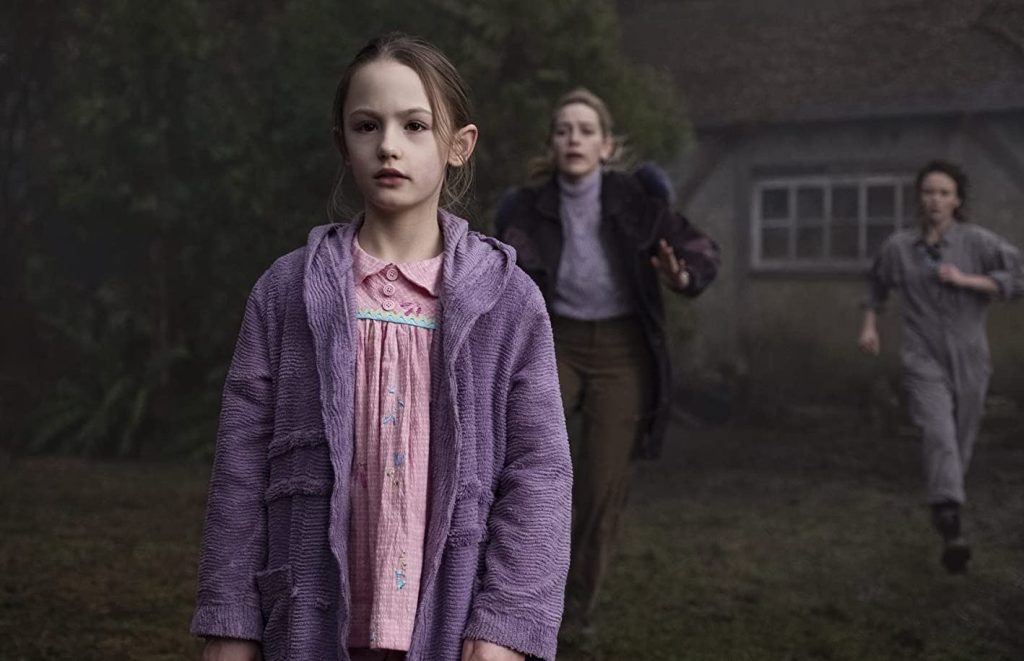 The Haunting Of Bly Manor comes to Blu-Ray with an eye-popping 1080p presentation in 2.00:1 that pushes the format to its limit. The series is filled with intricately detailed settings and gorgeous cinematography that is presented with perfect clarity on this disc. From the more brightly lit scenes to the numerous darker, shadowy sequences, the skin tones and facial details are incredibly rendered in a way you could almost mistake this for a 4K disc. The way the show blends subtle CGI with the natural world is frankly quite startling in its seamlessness. Colors from some of the costumes pop off the screen alongside the drab English countryside. Black levels are very deep and never betray the objects on screen. No instances of compression artifacts crept up during the viewing. When compared to the 4K stream on Netflix, this Blu-Ray disc fares better thanks to less compression. This is an immaculate presentation that perfectly showcases a beautifully shot series.

The Blu-Ray disc comes with a Dolby TrueHD 5.1 track that is quite lively. This intermittently kinetic series engages in some truly immersive environmental effects that keep the surround speaker filled with unsettling sounds. There is some nice ambient activity in the rear channels, especially during moments where tension is building to a nice scary payoff. The dialogue primarily stays in front center channels and is reproduced clearly. The track does a good job of making sure neither sound effects nor the score ever overpowers dialogue. The series music from The Newton Brothers brings an essential element to the series that fills up the room on this track. When the thrills kick in, there is some heft to the low end that is appreciated in a series such as this one. This track has a substantial dynamic range that should please fans of the series. 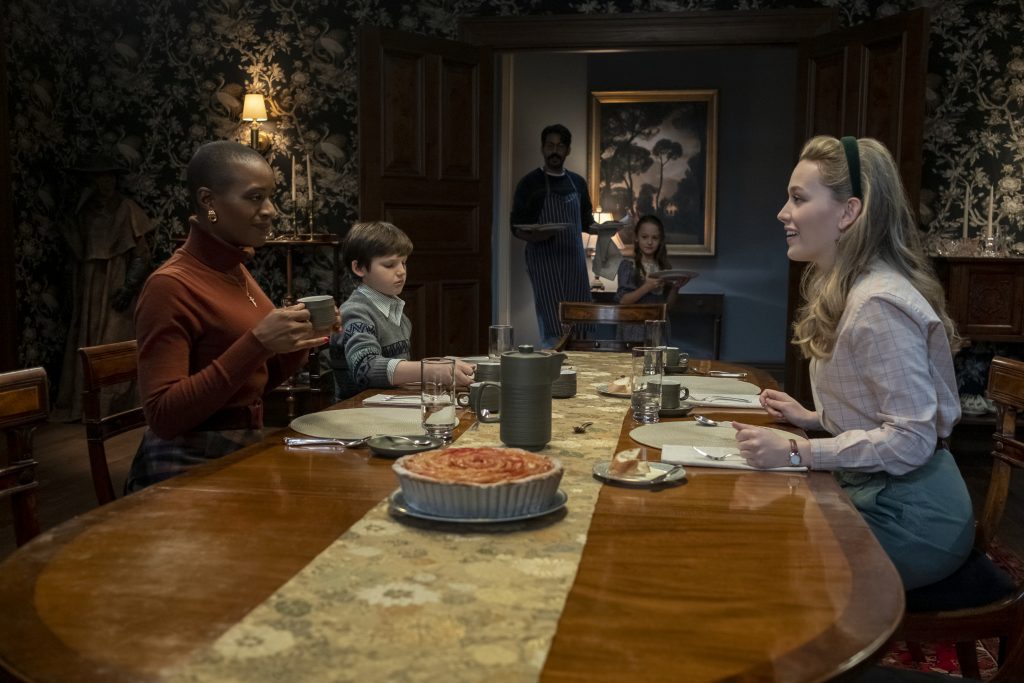 The Haunting Of Bly Manor may have a few more issues than its nearly-flawless predecessor, but the sophomore slump will feel notably less once you have watched the entire story. The returning cast of performers provide a familiar base that is helpful in settling you into this story, but the new faces are the ones that allow this story to achieve something so special. Mike Flanagan is one of the best in the business when it comes to balancing emotion and horror to create something magical. Paramount Home Entertainment has released a Blu-Ray featuring a glorious A/V presentation and a nice selection of special features. If you enjoyed Hill House, you should give this one a chance, as well. Recommended

The Haunting Of Bly Manor is currently available to purchase on Blu-Ray and DVD.