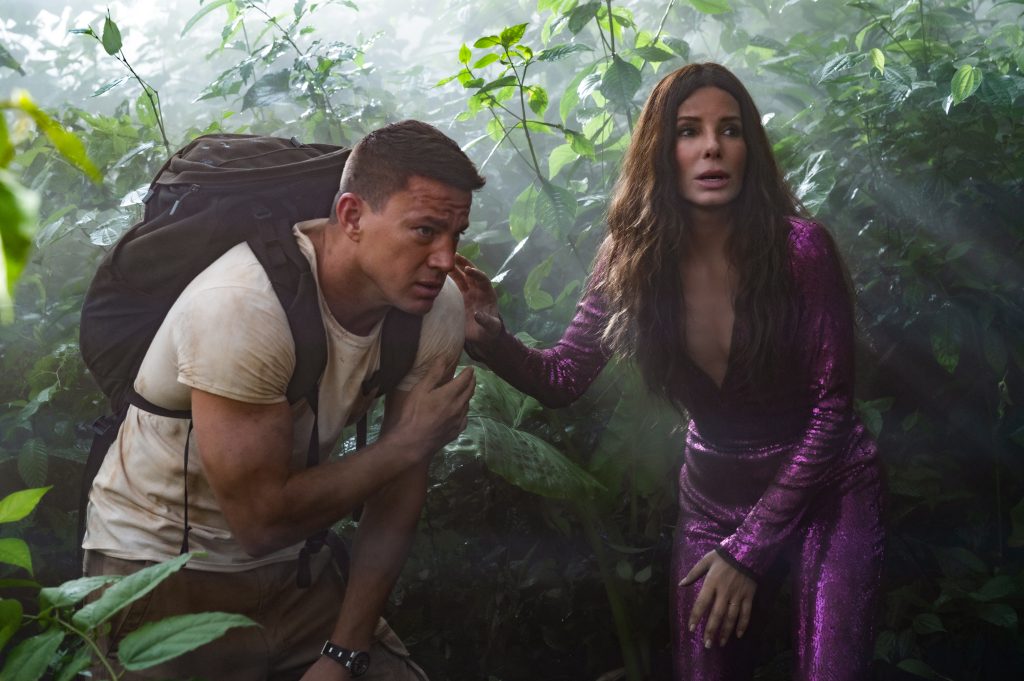 Brilliant, but reclusive author Loretta Sage (Sandra Bullock) has spent her career writing about exotic places in her popular romance-adventure novels featuring handsome cover model Alan (Channing Tatum), who has dedicated his life to embodying the hero character, “Dash.” While on tour promoting her new book with Alan, Loretta is kidnapped by an eccentric billionaire (Daniel Radcliffe) who hopes that she can lead him to the ancient lost city’s treasure from her latest story. Wanting to prove that he can be a hero in real life and not just on the pages of her books, Alan sets off to rescue her. Thrust into an epic jungle adventure, the unlikely pair will need to work together to survive the elements and find the ancient treasure before it’s lost forever.

What lengths would you go to prove that you are better than a sibling? Would you embarrass them? Would you embarrass yourself? Maybe you’d break the law. Sibling rivalries can get real intense real fast. And as we know, the closer someone is to you, the harsher the actions and reactions are. Since the animosity usually stems from some time during adolescence, there’s usually no talking it out or settling the differences. It’s an engrained beef that has been simmering for years and now the smoke alarm is going off. It’s likely that you could have none of these issues because you all love each other. Or perhaps you’re blissfully unaware that your brother or sister has been secretly sabotaging you for years. I guess time will tell.

We could all use an escape right about now, and while you’re at it, have a laugh or two, or ten, or twenty-seven. Here to whisk us away to a land of discovery, romance, and butt-leeches, The Lost City is a hilarious adventure with a hilarious cast. Directed by Adam and Aaron Nee, this comedic journey is filled with an abundance of jokes, more action than you’d expect, and some heart that ties it all together. Anchored by its performances, at times, you almost forget there is a dangerous excursion taking place as you get caught up in the chemistry and chuckles.

This is not an overly-complicated story with an extensively deep philosophical message. This is a film that is made for you to enjoy in all of its absurdity without having to dissect it afterward. Whether solo or with friends, The Lost City is a joyous experience with continuous rib-tickling moments. Now, that’s not to say that the story doesn’t have a message of any kind, because it does. However, it speaks its mind very plainly and openly. With themes of loss, greed, and trust, there are some rather poetic moments that present themselves. While some are verbal, other moments are physical representations. The setting is beautiful, the atmosphere is fun, and we love some well-timed phallic humor. There are explosions, a hunt for buried treasure, and a really good time. I think you’ll enjoy it. Its rewatchability is medium-high. Oh, and there’s a mid-credits scene.

The film is well-paced up until about the third act when the story begins to feel a bit long and overstretched. What popped for me was the humor and comedic timing. The jokes are possibly a bit juvenile at times, but funny is funny. The laughs are well-deserved and plentiful.

Both the cast and their chemistry are fantastic. As a matter of fact, the chemistry coupled with their timing is what makes the film so enjoyable. From top to bottom, everyone adds to the humor. Even the two characters that don’t have any jokes end up as the butt of some, and their subtle reactions add to the laughter. Sandra Bullock and Channing Tatum are great together. Playing the intellectual and the fool, respectively, the pair put the fun in funny. However, what I want more of and didn’t see coming is the duo of Tatum and Brad Pitt. Even while short-lived, it is my favorite sequence of the film. Daniel Radcliffe successfully pulls off the wealthy disgruntled villain. His character feels akin to his role as Walter Mabry in Now You See Mee 2. Da’Vine Joy Randolph shines as the story’s stability. I’m glad we’re seeing more of her. Patti Harrison is new to the big screen but as her energy and comedic chops steal scenes, I’m sure we’ll be seeing more of her in the future. And lastly, Oscar Nuñez was a pleasant surprise. If you’re a fan of The Office, you can’t help but smile when you see him in any role. Most of his scenes are with Da’Vine Joy Randolph and they’re all hilarious.

The Lost City releases in theaters on March 25, 2021. Stay safe and enjoy. 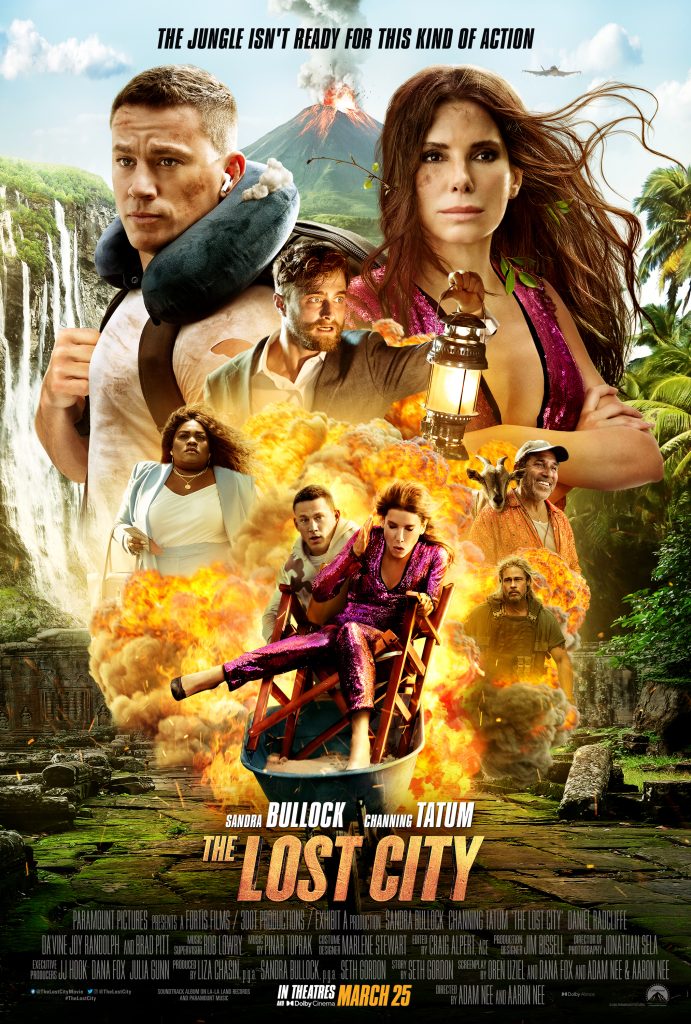