In “The Matrix Resurrections,” return to a world of two realities: one, everyday life; the other, what lies behind it. To find out if his reality is a physical or mental construct, to truly know himself, Mr. Anderson (Keanu Reeves) will have to choose to follow the white rabbit once more. And if Thomas…Neo…has learned anything, it’s that choice, while an illusion, is still the only way out of—or into—the Matrix. Of course, Neo already knows what he has to do. But what he doesn’t yet know is the Matrix is stronger, more secure and more dangerous than ever before. Déjà vu.

For in-depth thoughts on The Matrix Resurrections, please see my colleague Cassie Brown’s review from its original theatrical release here.

For additional thoughts on the film, please check out this episode of Homedance Film Festival. 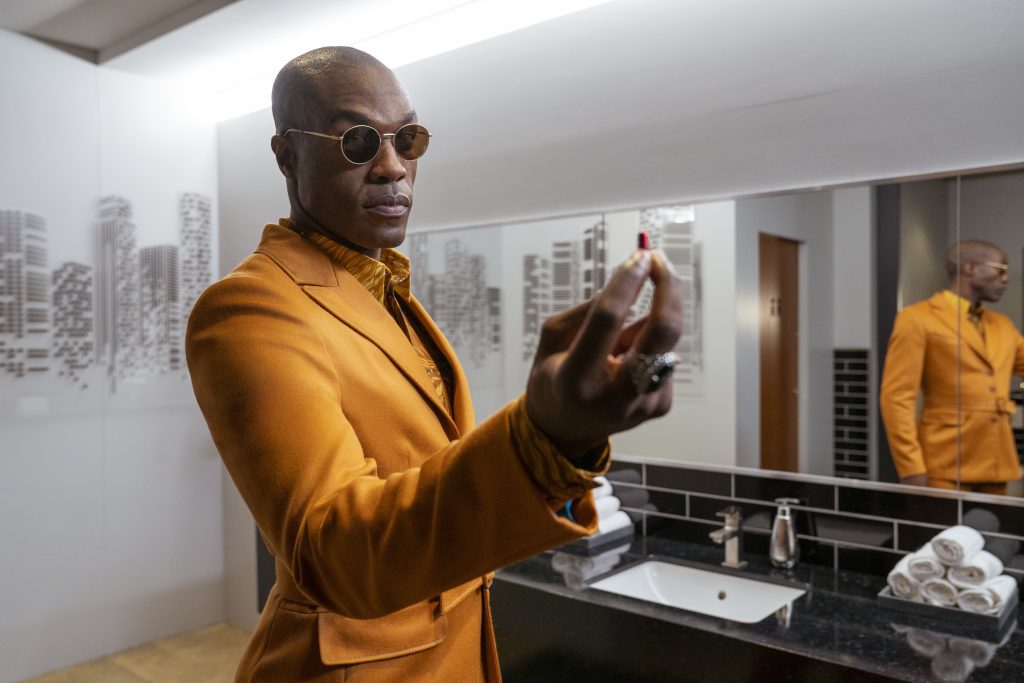 The 4K UHD Blu-Ray of The Matrix Resurrections offers a pleasing uptick in quality over the already capable accompanying Blu-Ray, making it the clear choice between the two home video releases. The highlights in the film are more defined with whites more pure and balanced with no instances of blooming to be found. The multitude of elements in the film taking place in the cover of darkness are more vivid and finely delineated. The black levels are especially strong in this presentation, staying deep and inky with great detail. The few instances of compression artifacts and banding present on the Blu-Ray are eliminated with this 4K UHD disc. Skin tones appear more natural with healthy doses of crisp detail apparent on faces such as pores. This 4K UHD presentation really delivers on all fronts including strong gains in clarity and color.

The increased range of the color spectrum is stunning to behold. The HDR enriches the colors from already impressive to truly out of this world when it comes to vibrancy. This film features many interesting locales and characters that really show off the capabilities of the format with color contrast and striking lighting schemes providing a dazzling spectacle. The subtle applications of HDR really make the film pop on the screen. There is some really awe-inspiring production design featured in the film which you can really appreciate with this transfer. There are a variety of landscapes presented here with each location providing incredible detail that is exciting to explore. Every location is handled with the precision of a finely authored disc. The Blu-Ray is great, but Warner Bros. has delivered another phenomenal transfer on this latest 4K release.

This 4K UHD Blu-Ray comes with a tremendous Dolby Atmos audio mix that is completely enveloping and ready to transport you into this world. This is an incredibly active track that provides all manner of sound effects and an exciting score from Tom Tykwer and Johnny Klimek to keep your pulse racing. There is a ton of activity in the low end that flows through you in the most effective of ways. Dialogue is crisp and clear and is never overwhelmed by any competing sounds. There is nearly always something going on in the surrounds, but there is never that much difficulty hearing what everyone is saying. The height channels are used to interesting effect in some the way the world is presented with objects flying overhead. All of the sounds are coming from the appropriate directions, and there are absolutely no technical issues with the track. This one is all encompassing in the best ways.

The Matrix Resurrections is an incredibly divisive movie, but those who accept what it is trying to accomplish will absolutely love it. Lana Wachowski saved her baby from being used as corporate content, and through this process crafted a film that gives a middle-finger to the state of modern cinema as we know it. It is truly wonderful to have Keanu Reeves and Carrie-Anne Moss back alongside a host of new and interesting characters. It is not a vital new chapter into this franchise, but that is kind of the point. Warner Bros. Home Entertainment has released a new 4K UHD Blu-Ray featuring a terrific A/V presentation and an impressive number of special features. If you are a fan of the new approach, this release is an essential addition to your collection. Recommended

The Matrix Resurrections is currently available to purchase on 4K UHD Blu-Ray, Blu-Ray, DVD and Digital.