The Most Underrated Quarterbacks For The Next Season 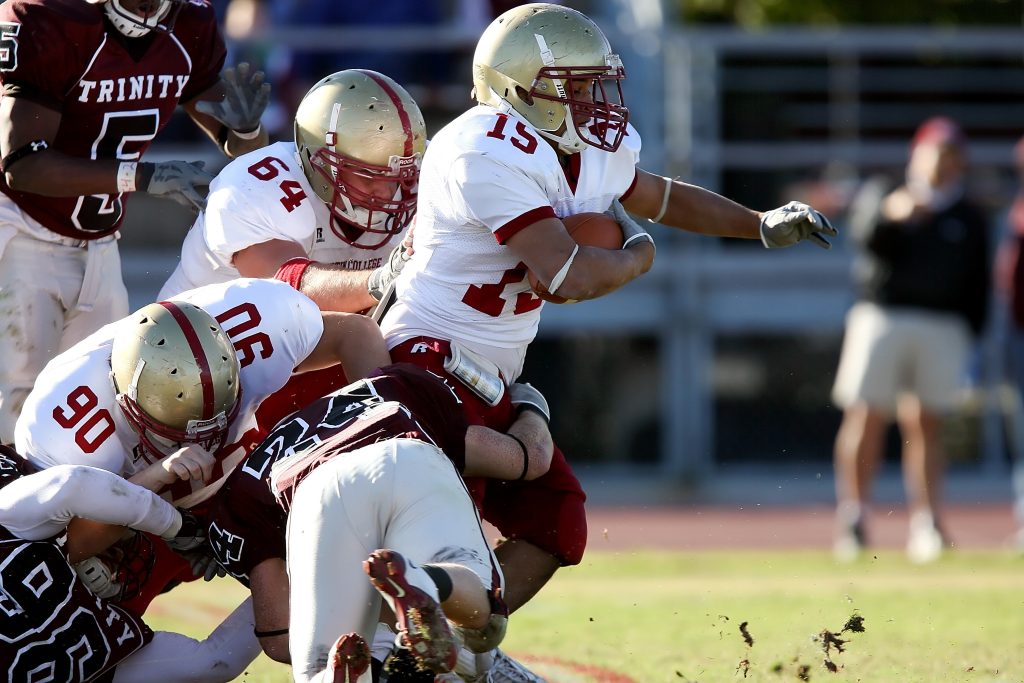 The Most Underrated Quarterbacks for the Next Season

Are you a keen football fan on the lookout for the best quarterback to watch next season? While there are some big names that teams are always keen to claim during the annual NFL draft, this short guide is going to show you some of the new talents to look out for. Hopefully, one of these future stars will make it onto your team’s NFL roster next season!

Derek Carr is perhaps not one of the most highly regarded NFL quarterbacks, yet he is incredibly talented. In fact, he proved his worth in 2020 when playing for the Las Vegas Raiders.

During this season, Carr greatly increased his average air yards per pass attempt by 1.5, from 6.6 to a respectable 8.1. During every game, Carr played confidently and remained focused all season. And, this hard work paid off – he earned a total quarterback rating of 71 during the 2020 season.

Jared Goff has faced only one losing season throughout his career and has equaled Tom Brady’s winning record over the last couple of years.

And, although Goff may not be the strongest player, he has a powerful, deep throw and can pass with outstanding accuracy. This was shown by the fact that he was part of the Rams team that made it to the Super Bowl.

Philadelphia Eagles quarterback Carson Wentz had a respectable season in 2019. And, in 2017, his stats even made him worthy of MVP status. In 2019’s 16 appearances, Wentz made 27 touchdowns, 7 interceptions, completed around 64% of his pass attempts, and totaled 4,039 passing yards.

Wentz is likely to return to the top of his game when playing alongside strong teammates such as DeSean Jackson, Jalen Reagor, and Alshon Jeffery.

Ryan Tannehill of the Tennessee Titans is perhaps one of the most underrated quarterbacks at the moment. Despite a poor performance with the Miami Dolphins, Tannehill has recently been performing much better, helping bring the Titans to the prestigious AFC Championship back in 2019.

Tannehill’s strengths lie in his ability to make quick yet effective decisions and excellent leadership skills. He particularly came into his own when working with Arthur Smith, earning him franchise-worthy status.

Next on our list is Ian Book, considered by some experts to be the most underrated quarterback in this year’s NFL draft. Although he’s not the biggest quarterback around, standing at 6’ tall, he more than makes up for it with his impressive skill set. He’s athletic and passes with accuracy, and can create and extend plays with relative ease.

Although he is only playing his first NFL season with the New Orleans Saints, Book is one to watch during his rookie period. It wouldn’t be surprising to see him rise up to become a future MVP.

Despite his status as once-MVP, Matt Ryan is surprisingly underrated. This is perhaps because he didn’t perform as well with the Atlanta Falcons last season as he did the season prior.

By the end of the 2019 season, Ryan had accumulated 4,466 passing yards, 14 interceptions, and 26 touchdowns. He completed around 66% of his pass attempts in the same season. And, although he was out injured during one game, he still managed to have more completions than any other NFL player that year. In 2020, Matt Ryan’s average yards per pass completion was 7.3, despite being at the older end of the scale compared to average quarterbacks.

Ryan’s downfall perhaps came during Super Bowl LI, in which the Falcons dramatically lost the game, despite holding a 28-3 lead over the New England Patriots earlier in the game. However, when working along with individuals such as Todd Gurley, Ryan is more than capable of launching game-winning attacks.

Drew Lock of the Denver Broncos may not be the strongest quarterback ever to grace the NFL, but part of his somewhat poor performance is due to the lack of strong teammates and leadership skills.

Compared to teammate Teddy Bridgewater, Drew Lock is performing better in almost every way. Although Lock’s pass completion might be lower than Bridgewater’s, this is often due to the pass being dropped by the receivers. Lock is superior when it comes to throwing touchdowns and pass accuracy.

Lock accumulated some impressive stats recently – out of 16 appearances, he threw 29 touchdowns, made 3,510 passing yards, and 16 interceptions. So, he’s definitely one to watch in upcoming seasons.

When playing for the Detroit Lions, Matthew Stafford was rarely playing alongside very talented players, and, arguably this has led to him earning his underrated status.

Although he was unable to finish the 2019 season due to injury, Stafford pulled together some impressive statistics during the first half of the season. During this period, he earned 2,499 passing yards, 5 interceptions, and 19 touchdowns. This made him one of the best quarterbacks in the NFL up to that point.

After transferring to the Los Angeles Rams in early 2021, Stafford has been receiving more publicity and is on track to making it onto lists of the best NFL quarterbacks, rather than underrated ones.

Concluding our list, we have Dak Prescott of the Dallas Cowboys. Prescott performed very well in the 2019 season, accumulating 4,902 passing yards, 30 touchdowns, 11 interceptions, and a total completion rate of 65.1%.

The Cowboys have only lost two of their ten appearances in the current season so far, so it will be interesting to watch how Prescott performs for the rest of this season. However, the fact that the team extended his contract shows they know how good he is.

Frankie Wilde – is a content writer at various gambling sites. Also, he is a passionate traveler and a great cook. Frankie shares informative articles with the world.