The Soccer Games Worth Downloading For Your Android Phone in 2021 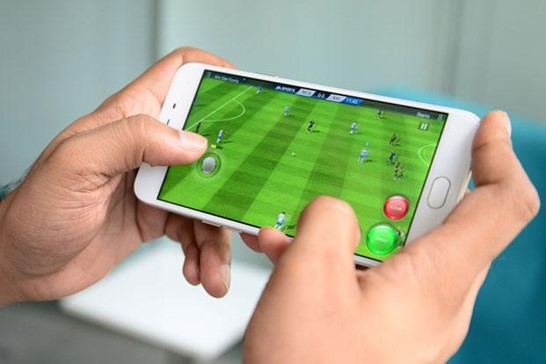 While some people watch every Premier League game and continually debate who is the best team in the division, others satisfy their soccer cravings with a game or two of a popular soccer release. Most of the revered soccer games of today can be accessed via our smartphones, too.

Thanks to the ongoing technological advancements we are being exposed to, our smartphones have been on the receiving end of a makeover. These days, our miniature handheld devices can perform a variety of tasks. People are downloading an array of apps, with some of them promising to help someone find love and others offering cooking tips and advice. The options are comprehensive in today’s modern world.

In terms of gaming, there is a large selection of sophisticated releases to choose from. Gone are the days where Snake and Tetris dominated the space, instead we’re seeing an array of console-quality titles now coming to the fore. Games like Fortnite and PUBG have made a successful transition over to mobile; then you have casino creations where you can sign up and deposit to play real money casino games. Brain teasers and puzzle releases have registered success also, alongside a whole lot more. Mobile gaming has never been so good.

You can’t beat a soccer release, though, can you? With soccer games proving popular in recent times, we thought we’d go through some of the best soccer creations worth downloading for your android device in 2021.

A soccer game with an arcade feel to it, Final Kick 2020 is a simple but fun release to try. The aim of the game is fairly clear; score as many goals as you can. Players can take part in offline tournaments and weekly online tournaments, as well as having the option of exploring its online multiplayer feature.

Become the ultimate soccer manager with this unbeatable management creation. Football Manager 2021 Mobile provides fans with the unique role of managing their favorite clubs and players. Can you keep the board and the fans happy? Perhaps you have an eye for unearthing talent from an obscure division? The game comes with a selection of new features alongside its
tactical setup tools and pre-match prep.

If you have ever fancied honing your management skills, then Kevin Tom’s Football Manager is a good place to start. You can pick your strongest team, buy and sell players to help you reach the top, and employ various strategies. From there, your assembled side can enter a number of tournaments and aim to climb up through the four divisions the game offers.

A fun take on a football game, Rumble Stars shouldn’t be taken too seriously, but it is an enjoyable release to session. Its colorful graphics are easy on the eye, the hilarious abilities you can utilize are refreshingly fun, and instead of human players, you control animals. The game comes with loads of different characters and customizations, too.

If you prefer a taste of Spanish football over England’s top flight, then Head Football LaLiga 2021 could be for you. A fun arcade release, you square off against your rivals in a one-on-one fixture. The game features the La Liga stars of today; you can collect and upgrade, power up players, and a whole lot more. Head Football LaLiga 2021 isn’t a serious soccer game, but it’s definitely entertaining.