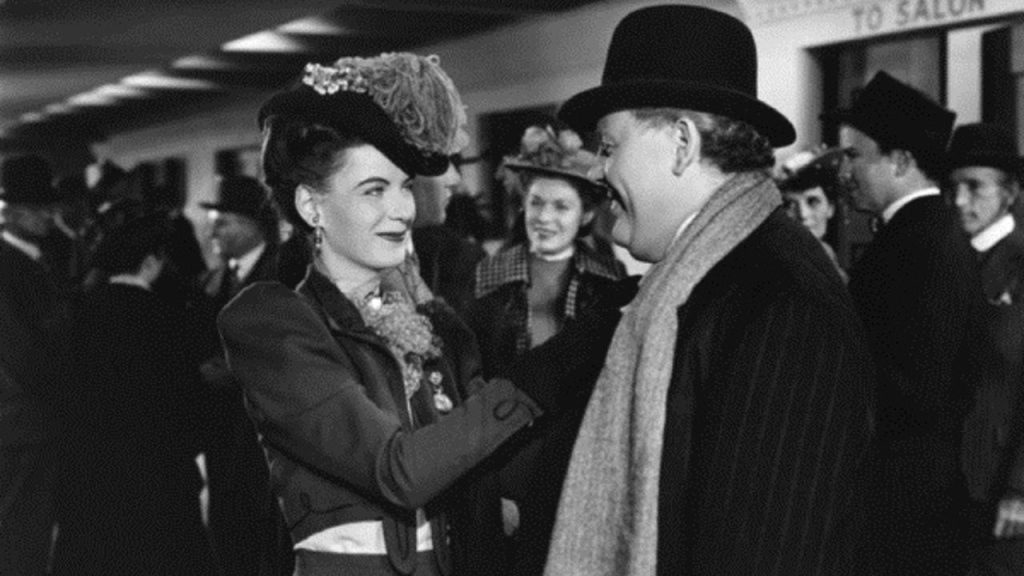 It was only recently that I had the pleasure of viewing the very enjoyable dark German comedy noir The Man In Search of His Murderer from director Robert Siodmak. That film was an early look at what the director could accomplish before he would escape the nazi uprising of Germany for a promising career in Hollywood. Before he would reach the apex of his career with his Best Director nomination for The Killers in 1946, he made quite an impression with the dramatic film noir The Suspect from 1944. Based on the 1939 novel This Way Out by James Ronald, The Suspect landed the one and only Charles Laughton, who had already won an Academy Award for Best Actor for The Private Life of Henry VIII, in the lead role alongside relative newcomer Ella Raines (Phantom Lady) and a host of other talented performers. Just as he did with his German dark comedy, Siodmak played with audience expectations and genre conventions to create something extremely compelling and elegantly executed. Thanks to Kino Classics, this early Hollywood classic has found a new life on Blu-Ray for fans to discover.

Charles Laughton stars as Philip Marshall, a gentle store manager who does not feel like he is living his best life. Specifically, this middle-aged man feels as if he has been suffering every day he has been living with his wife, Cora (Rosalind Ivan). The woman has been a terror to the household with her criticizing ways, even going so far as to alienating her own son, John (Dean Harens). When John moves out of the house, Philip believes it to be time to request a divorce for the sake of both of their happiness, which Cora shuts down immediately. At the same time, he has struck up a new platonic friendship with Mary Gray (Ella Raines), a young stenographer who approached Philip in hopes of finding work. While their feelings for one another eventually begin to shift to the romantic, Philip keeps things chaste until he can convince Cora to give him divorce. When the subject comes up again, a rageful Cora once again refuses and threatens to conjure scandal for himself and Mary. Philip has to cut off ties to Mary to protect her reputation, but circumstances soon change when Cora is found dead from a fall down the stairs. Might the two be connected? 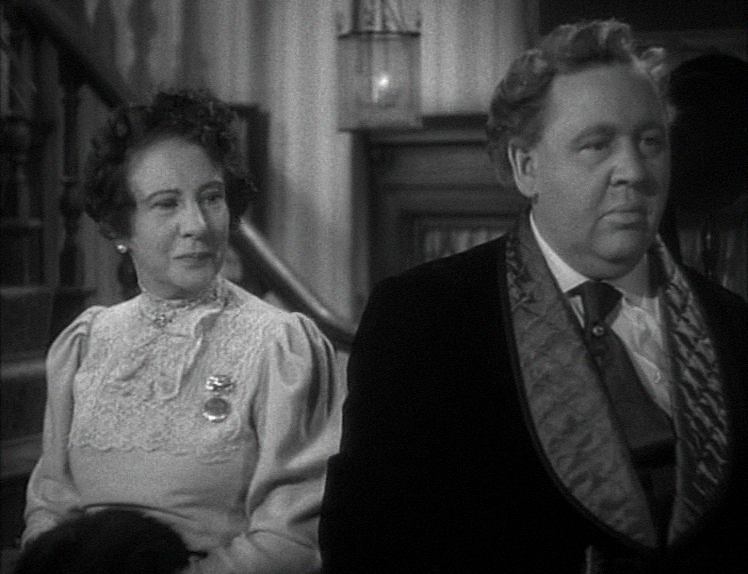 One of the most interesting aspects of this noir-tinged mystery is the fact that it is not much of a mystery at all. While one could try to create uncertainty, it is plainly clear from the onset that Philip has killed his wife. The real crux of the film is whether or not you can empathize at all with the position in which he found himself. While it would be dangerously irresponsible to say that murder is ever justified, Robert Siodmak carefully builds up a series of circumstances that on its surface would seem clear-cut in arousing disdain and then asks you to determine if you would condemn Philip. The fact that Philip is portrayed so deftly by Charles Laughton complicates matters even further, as he is an actor that is tailor-made to evoke sympathy on one level or another. The romantic relationship he has with Mary is not exactly what would be called believable, but the two have a natural ease with one another that less critical audiences could mistake for romance. The entire story feels very much like a product of a male point of view, and your sensitivity to that will greatly color your appreciation for the film.

The latter half of the film does a fine job of creating uncertainty in the fate of Philip. He seemingly gets away scot-free, but an inquisitive detective Huxley (Stanley Ridges) does prove to be an unwelcome thorn in his side. Perhaps not as much as his neighbor, Gilbert Simmons (Henry Daniell), a wife-beating drunk who learns of the murderous suspicions against Philip and is eager to blackmail him over it, both for money and to knock him off his respectable pedestal. The friendship between Philip and Gilbert’s wife, Edith (Molly Lamont) adds yet another layer of potential sympathy for the previously gentle soul. The film is very reserved and does not veer too far into any torrid sidetracks. The acts of murder that occur within the film never really take center stage, as it the impact that they have on the characters and how they carry on with their lives that is most fascinating to explore. The performances are uniformly excellent across the board in this story that will leave you debating what justice looks like by the end of this film. It is a quality film that should not be lost to history. 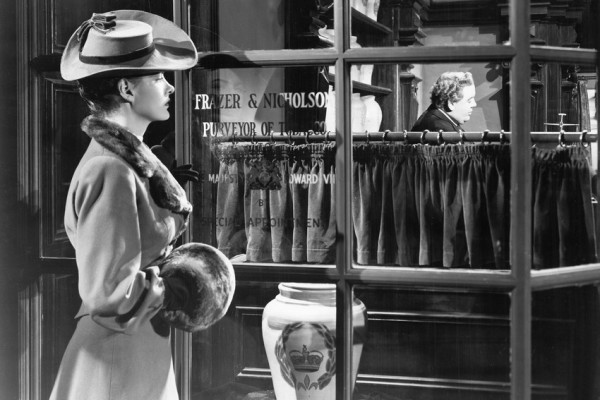 The Suspect makes its Blu-Ray debut thanks to Kino Classics with a brand new 1080p master from a 2K scan. For a film that is pushing 80 years old, this is a truly spectacular presentation. The gorgeous black-and-white photography shot by Paul Ivano shines in high definition with natural grain intact. There is a pleasing amount of detail present with nice textures on the clothing and within the production design. The new transfer shows off a great amount of depth and enhanced detail within the film’s composition. Black levels are very deep with no overwhelming occurrence of black crush or compression artifacts. The contrast is well defined, and the track only experiences a minor amount of flicker and density fluctuation in the print. Kino Classics has done some marvelous work here.

The Blu-Ray comes with a solid DTS-HD 2.0 Master Audio track that serves this movie incredibly well considering its place in early cinema. Dialogue and background noises are represented in perfect harmony with all competing elements. This track does not present with age related wear and tear or hissing and crackles. At worst, the track sounds a bit thin when the music comes up, which likely date back to the source elements. The music from Frank Skinner never overpowers the dialogue or other important information. There are optional English (SDH) subtitles included for the feature film. The good folks at Kino Classics have done their best to provide the most stable track possible for this one. 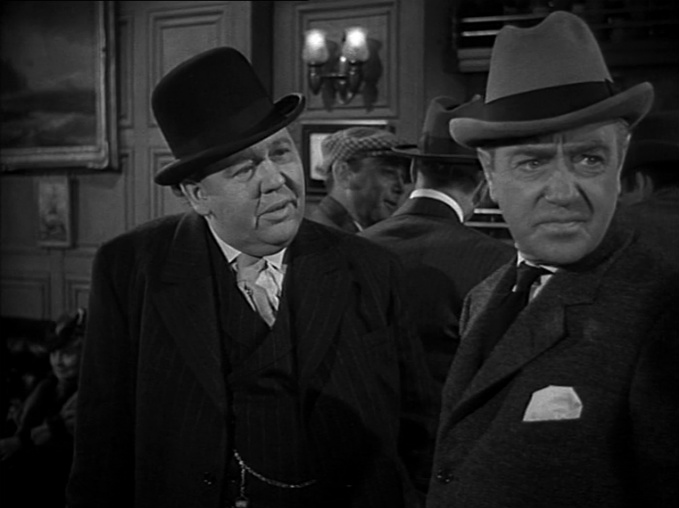 The Suspect is a really strong morally ambiguous drama disguised as a film noir. Charles Laughton delivers one of his best performances, and Ella Raines makes quite an impression in this early role. While fans of classic cinema have probably long known of his impressive skills, Robert Siodmak is quickly becoming one of the directors I look forward to exploring more of their work the most. Kino Classics has delivered a stellar Blu-Ray release that sports both a standout A/V presentation and an interesting commentary track. Those who appreciate a well-crafted drama from Hollywood’s heyday should do themselves a favor and check this one out. Recommended

The Suspect is currently available to purchase on Blu-Ray and DVD.