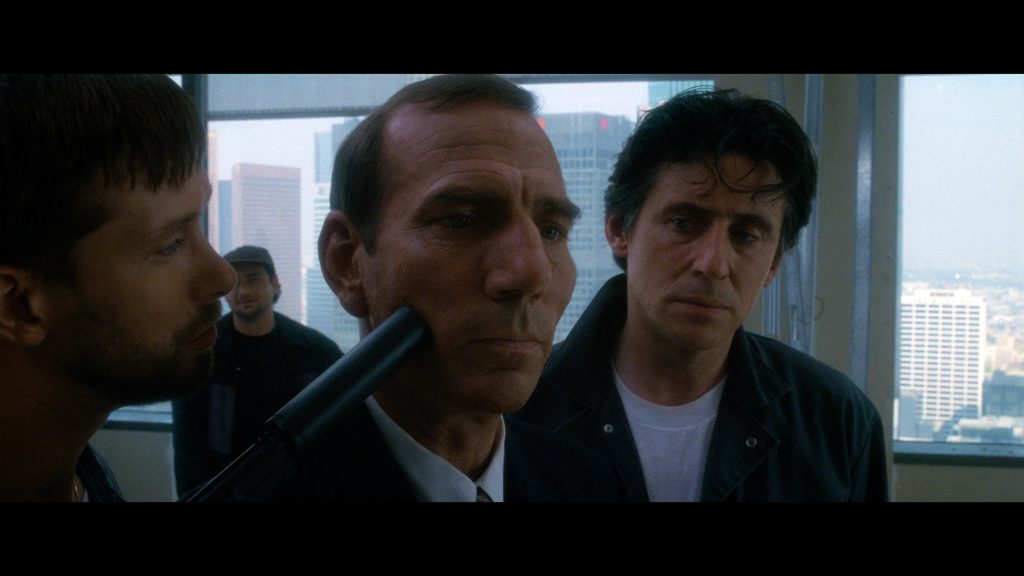 Winner of two Academy Awards for Original Screenplay (McQuarrie) and Supporting Actor (Spacey), this masterful neo-noir enraptured audiences with its twisting storyline, tour-de-force performances and jaw-dropping climax. “The greatest trick the Devil ever pulled was convincing the world he didn’t exist,” says con man Verbal Kint, drawing a comparison to the most enigmatic criminal of all time, Keyser Söze. Kint attempts to convince the feds that the mythic crime lord not only exists, but is also responsible for drawing Kint and his four partners into a multimillion-dollar heist that ended with an explosion in San Pedro Harbor—leaving few survivors. But as Kint draws his interrogators into the incredible story of Söze’s almost supernatural prowess, so too will you be drawn into The Usual Suspects—one of the most gripping and diabolically clever thrillers of the ’90s. Written by Christopher McQuarrie (Top Gun: Maverick), directed by Bryan Singer (X-Men) and featuring a legendary lineup of actors: Gabriel Byrne, Benicio del Toro, Kevin Spacey, Chazz Palminteri, Stephen Baldwin, Kevin Pollak, Pete Postlethwaite, Suzy Amis, Giancarlo Esposito, Dan Hedaya, Paul Bartel, Clark Gregg and Peter Greene in an uncredited role as Redfoot the Fence.

For thoughts on The Usual Suspects, please check out our discussion on The Video Attic:

The Usual Suspects debuts on 4K UHD Blu-Ray courtesy of Kino Classics with a terrific 2160p/Dolby Vision transfer from a 16 bit 4K scan of the Original Camera Negative color graded and approved by Cinematographer Newton Thomas Sigel. This release comes with a Blu-Ray disc which is derived from the same 4K master, and for comparison’s sake I have the ancient MGM Blu-Ray from 15 years ago that was in desperate need of an upgrade. Using that original MGM disc as a basis, this new transfer murders it and sets the body on fire. There are improvements across the board that will make fans very happy even if they only upgrade to the new Blu-Ray, but the 4K UHD Blu-Ray is a truly gorgeous experience that allows this film to look the best it ever has on home entertainment.

While there are some baked-in limitations to certain scenes, overall this presentation is a stunner. Editor/Composer John Ottman relays a story in his commentary track about a hiccup that happened during filming which they could not correct with re-shoots which resulted in them having to optically manipulate some scenes in the police station. With the increased resolution of this new transfer, these softer shots are more apparent when they pop up, but overall they are not terribly distracting, and the remainder of the film has a lovely clarity. The wonderful natural film grain remains intact and always resolves naturally free of clumping and swarming. This provides so much texture and detail within the transfer which brings out new facets and character within the feature.

The Dolby Vision provides very nuanced, deep colors throughout which really pop off the screen. One of the greatest improvements of this disc is the handling of the contrast. White levels are much more stable and no longer boosted to hell which allows much more detail to shine through. Black levels are terrifically deep and allow the image to show off a strong amount of depth and detail in the numerous shadowy environments. The command it has over these elements and overall clarity is never in question, especially in key details within the production design and the clothing. Skin tones are natural, and the clarity of the transfer gives you a rich amount of facial detail. Kino Classics allows this film to be presented with the care it deserves. 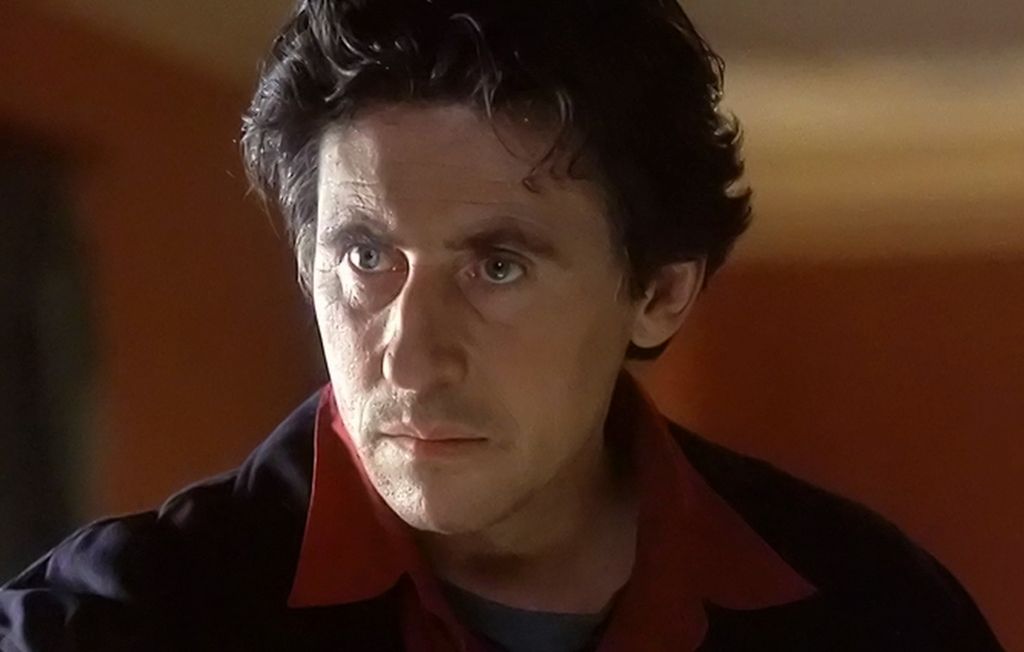 The 4K UHD Blu-Ray presents the movie with a DTS-HD 5.1 and 2.0 Master Audio lossless track that brings this world to life without fail. While there may not be a new Dolby Atmos surround track in addition to the original audio, this track is a commanding experience that maintains its artistic integrity. The classic witty dialogue comes through clearly and harmonizes with competing elements. The track is able to balance the often complex sound design so nothing gets muddled. The surround channels provide some incredible texture to the world so that each environment is given a chance to establish its own personality. The placement of the sound is precise throughout with nothing seeming askew in terms of direction. The low end digs deep when the scene calls for it with some favorable texture. The John Ottman score sets the appropriate tone from the very beginning which radiates out with pleasing fidelity. This audio presentation is top notch all around. There are optional English subtitles provided. 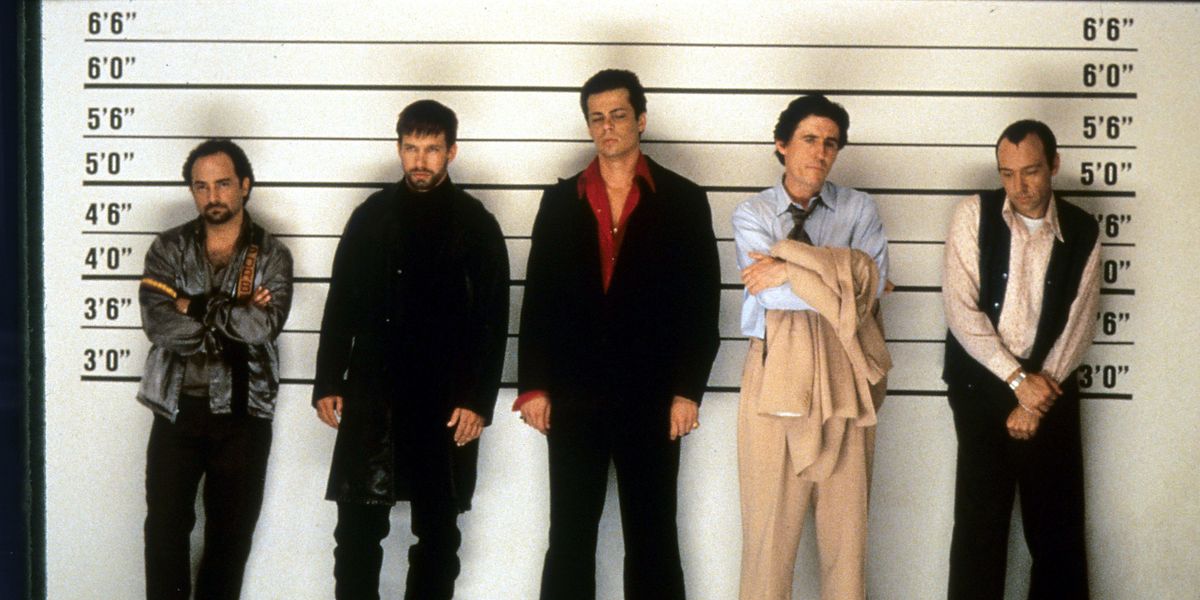 The Usual Suspects is one of those movies that have ingrained themselves into the cultural consciousness thanks to all the twists and turns it provides. While even newcomers may have had certain revelations spoiled over the years, they are still in luck as this movie offers much more to delight in outside of the mystery. The ensemble in this one bounce off of one another in a truly invigorating manner as they establish their strong personalities and then let loose. The plotting is very brisk and exciting as the puzzle pieces start falling into place and the tension keeps you on a razor’s edge. This movie plays very well on repeat viewings as you come to appreciate all the nuances captured throughout which had made this such a classic outside some of the problematic figures associated with it. Kino Classics has given this one a 4K UHD Blu-Ray upgrade with a knockout A/V presentation and a deep array of new and legacy special features. If you have a soft spot for this film, this is the release you have been dreaming of for years. Recommended

The Usual Suspects is currently available to purchase on 4K UHD Blu-Ray and Blu-Ray.