First off let me say, congratulations to Taika Waititi for winning Best Adapted Screenplay at the Academy Awards for JoJo Rabbit! Now with the Oscars being over Taika can focus on Thor: Love and Thunder and with a recent interview with Variety they talked about a lot of things such as his speech, the amount of win that Parasite got, and so much more but with this interview, we will only talk Tessa Thompson character Valkyrie, sorry King Valkyrie and Natalie Portman’s character Jane Foster.

Would you like for Tessa Thompson’s Valkyrie to be explicitly queer in this next movie?
“I think so. The IP is not mine. But with the actors, I feel whatever makes them comfortable — whether they feel like there’s a natural choice, or a natural way for that character to go — then I’m pretty supportive. If Tessa wanted to do that, I’m in,” Waititi explained.

Soon after he was asked about Natalie Portman’s character Jane Foster. This is what he had to say, 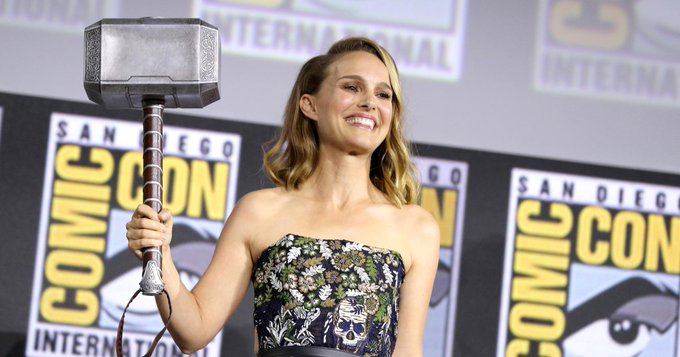 There’s so much excitement about the Natalie Portman of it all in the next “Thor.” How closely are you going to hew to the comics? Is her character Jane Foster going to have cancer in it?
We don’t know. That comics run was a big inspiration, and was an influence on the first few drafts. But at Marvel, we always change everything. I could say one thing right now, and in two years, it will be the complete opposite — or that thing won’t exist. We continue writing even in post-production.

When it comes to Valkyrie in the comics she is bi-sexual and even in interviews with Tessa Thompson, she basically told everyone, hell yes!

“In the canon, [Valkyrie] is bisexual. You see her with women and men, so that was my intention in playing her,” Thompson revealed last year. “Obviously, at the forefront of most of these stories is not typically their romantic life. They have big stakes, like saving the world, so that tends to sort of trump.”

When it comes to Jane Foster’s character in the comics I love her story arc even more so than Thor in most comic iterations, and part of that reason is her cancer, for me, it just brings this certain element you do not really see in other comics.

I think we will not see Jane Foster as Mighty Thor until the end of Thor: Love and Thunder or the end-credits then in future movies we will focus on her instead of Thor and get that A-force team up with Mighty Thor, She-Hulk, King Valkyrie, and maybe Ms. Marvel.

Anyway, what are your thoughts on this news? Let me know in the comments below! Also, make sure to read the whole interview it is really good.