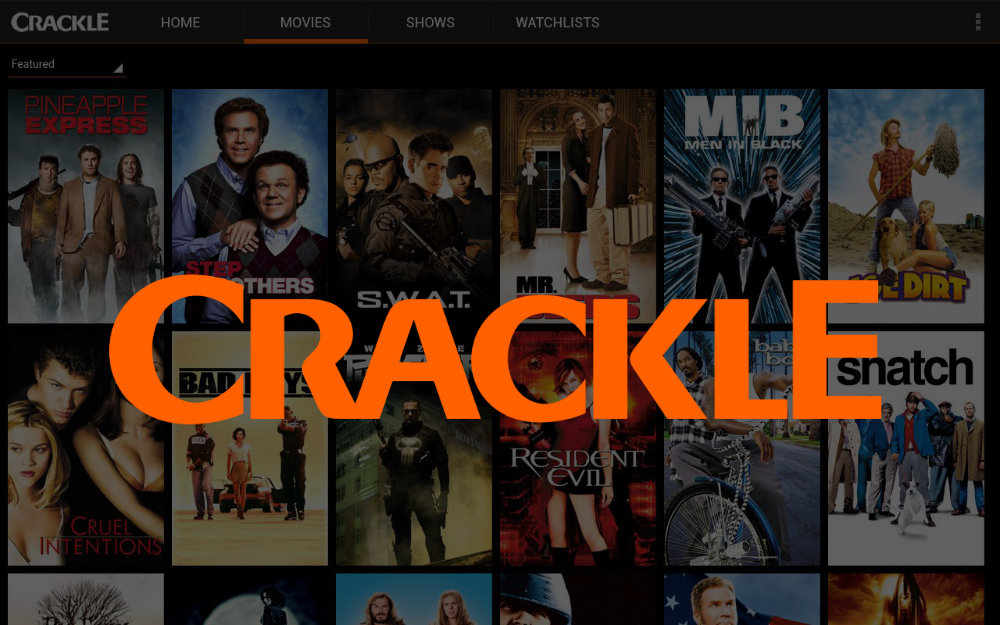 It’s been almost two decades, and little-known streamers have forced questions like, “What are the Top 10 Sci-Fi Movies Streaming on Crackle?” If that’s not a query, you have said aloud (or even considered), good thing you’re here.

Most cinephile and entertainment junkies invest in the big six or seven streamers. They visit those apps for recent hits, top-of-mind series, binge-able fun, and random documentaries to have you squawking in your next Zoom call. Unfortunately, those same people believe life is too hectic. Therefore, the struggle to save 120 seconds on mind-numbing commercials every 30 minutes is valiant.

To wit, they are missing some fantastic freemium apps, such as Crackle. You should go to whatever platform you have and download it. What do you care? It’s free, and the 10 movies below will show what nerd thrill rides you are missing.

Did you know that in 2004, this app was originally named after a fish, Grouper? Three years later, Sony Entertainment purchased the large-mouthed, heavy-bodied someone grew tired of the scaly puns or something and called it Crackle.

For over a decade, enthusiasts of free streaming were flummoxed that the Tangerine-colored was now called Sony Crackle. The reason is simple but hard to locate–Sony paid $65 million for it, and they can do whatever they want.

And then, January 2018 marked a new and peculiar day for streaming, namely those that offer FAST channels (free ad-supported streaming channels). Ever heard of that kind-hearted, self-help book entitled Chicken Soup for the Soul? Well, this multimedia and SVOD dynamo is now owned by PopcornFlix, Redbox, Truli, Pivotshare, and Crackle.

For all those reasons and more, that’s why we’re discussing the Top 10 Sci-Fi movies Streaming on Crackle right now.

Okay, okay. This trailer sucks out loud. You can’t run from that one minute of giggle tape, but these no-name actors give some surprising moments to make The Coming. Naturally, with a title of future-thinking, there is going to be a religious overtone, but it’s just enough to not seem campy.

Something is inspiring these people to act and other people to prevent the movement “The Book” directs others through the chaos out there. The End of Days is upon us, but the message on the horizon is loud and clear.

You’re in the only city around the world that hosts three major religions–Christianity, Islam, Judaism. So, what else would a movie entitled Jeruzalem be about? Supernatural horror, of course. And what could be better than that? A found-footage movie you haven’t seen caught in historic and claustrophobic places.

While not the most outstanding use of VFX, this movie sells from the story angle. This movie about demonic incursions and enigmatic death is what you would expect–only, there’s more than meets the eye.

You’re in a city teeming with people. There’s no room for anyone. And then, to add to the angst of denizens, a sub-section of the population discovered they have supernatural powers. What happens? The city wants them dead. What else did you think was going to happen? The title says it all. Well, at least, what the townspeople are thinking running with torches and pitchforks.

The VFX are low-rent, but the plot has more turns than riding shotgun with Stevie Wonder at the wheel. Some things may seem like an easy deciphering of what’s happening, but wait a while and you’ll be confused again. A solid story worth your time.

Clara is a film small in nature, large in delivery. Two people, bound by a love for the stars, discover things can go bump in the night as they search for exoplanets and the mystery around them. The fascinating part of the film is the reality in which it is delivered. All the sights of outer space involve real shots from NASA and the Hubble Telescope.

The cosmos is on full display, which is why the two stars in the film (Patrick J. Adams, Troian Bellisario) seem almost dwarfed. Many would say Akash Sherman, Clara’s director, has a grasp on the universe that was dwarfed by the screenplay. That notwithstanding, Clara will surprise you in enough places that you will invested in time well spent.

After Americans were captivated by Snowpiercer, the Oscar-winning Parasite, a sorely underrated Train to Busan, and the record-breaking Squid Game, the thought of catching a Korean-based film is a welcomed idea.

That’s why The Wailing needs to be on your must-see list! This is a film about a mysterious police investigation of random violent events. It is labeled as a “horror,” but not so fast. The mind-twisting jumps and altering perspectives of key characters make this feel like a multiverse you missed and regret later.

Lovecraftian. Interested in The Void yet? You should be because this puts a typical horror movie with sci-fi interest on its side, and boots it clean through the window. The Void is a creepy, sinister film that stays with you, but not in the “What the hell did I just watch” way.

The refreshing part of this film is the reliance on practical effects, less on CGI. There is no fast-fowarding this film because you learn quickly that the art of it lies in the details around the corner. Supernaturally suspenseful. You’ll dig it!

If you love Alien and the Xenomorphs, have you seen this documentary? Yes, documentary! Much of this doc focuses on screenwriter Dan O’Bannon’s influences to put the scare in the film and the horror in the script.

There have been many “behind the scenes” docs to some of our most cherished films, but this one is different. You’re dealing with a Ridley Scott epic, so that demands a deeper dive for the iconoclast fandom. And we get every bit of the architecture we wanted to see. A superb doc about a superb franchise.

Thanks to a certain Marvel franchise, people see Paul Bettany and immediately shout “Vision!” But, before that, he was “Priest,” and was just as compelling. Priest takes an old horror/sci-fi trope of post-apocalypse time, vampires, and the people left to deal with them. Yet, the change is that his niece (Lily Collins) was abducted by a band of nightwalkers.

So, we have one hell-bent priest walking away from serving heaven for his family. Come to find out, Priest is like Liam Nesson in Taken–dude has some serious hunting skills, and he uses them against the diabolical Hive. Great flick you probably haven’t seen. Fix that. You will not be sorry for watching this one.

If you adored the grace, elegance, and kalediscope spectrum of Hero, know Zhang Yimou is behind this complex tale of revenge and wrath. That should be enough to get you to Crackle to watch this movie. You are placed in the midst of ancient China’s Three Kingdoms.

This is his bailiwick. Unlike a Yimou film, the colors skew monochromatic, which is still done with panache and strategy. Passionate fighting. Stirring visuals. Majestic martial arts. And a forbidden love at the center of it all. The theatrics and Wuxia-inspired spirit in Shadow makes this a necessary view.

Two dopey guys. One UFO death cult. It’s been done, but nowhere near like this. If “meta-horror and sci-fi” is a thing, The Endless is the reason why. Time and space become elastic, but the eerie nature of a hunt plays with your emotion throughout this movie.

Of course, like many indie horror movies, people walk directly into the dark of terror like it’s a family picnic on the hill somewhere. Although they left a cult unscathed, it’s a good idea to go back for closure. Yeah, I’m good with living with an open wound.

The journey is something of a lovechild mash-up between James Wan and John Carpenter. The path these two take involve psychic powers and psychotic forces. A voyage to put the past to rest ends up challenging all they have for a future. This is deliriously hypnotizing and proof, you don’t need flash to blind you from the haunting reality of a movie.