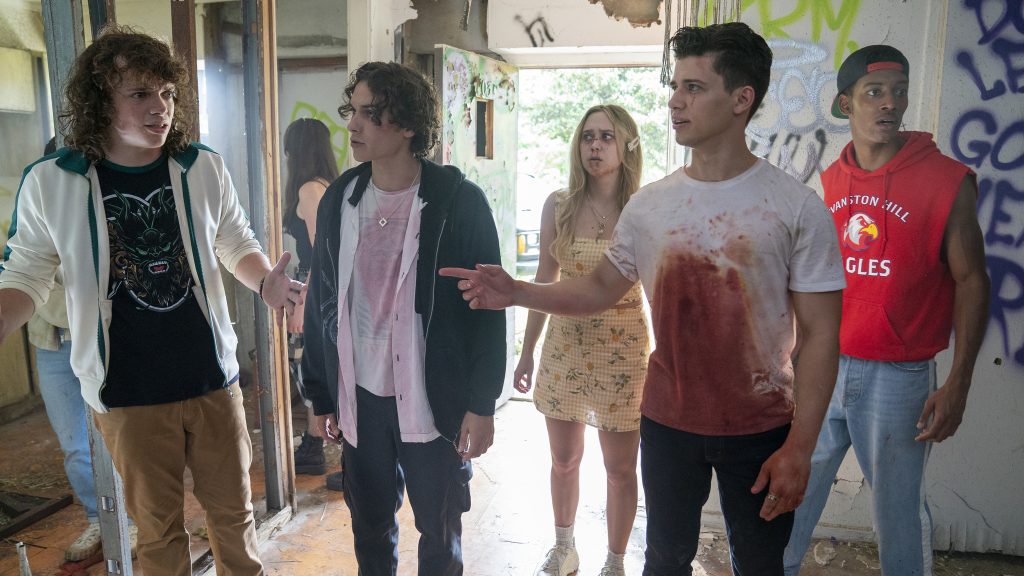 Unhuman follows a group of Breakfast Club-esque high school students who find themselves living through a zombie apocalypse, and having to learn to trust each other if they have any hope of surviving this horrific new world.

As the teens from the various social cliques begin to clash, and fall prey to the encroaching zombie threat, a startling revelation leads to the truth about the unfolding events and the reveals that the true threat is all too human.

I Know What You Did Last Summer star, Brianne Tju, takes the lead as our outcast heroine who finds herself and her classmates facing down unspeakable, undead horrors after their bus crashes in the middle of the woods. Tju does an excellent job here as a smart and strong heroine who is trying her best to keep herself and everyone else safe from the present danger they face. She comes off as a archetypal high school know-it-all who thinks she’s above those around her, and thus, alienates others unintentionally.

Speaking of high school archetypes, they’re all present in this film: unruly jocks (Uriah Shelton and C.J. LeBlanc), outcasts (Drew Scheid and Benjamin Wadsworth), bitchy queen bee (Lo Graham) and the aspiring social climber (Ali Gallo). While these cliché roles can be tiresome and predictable, the film’s twist more than makes up for it and the circumstances the characters find themselves in gives the characters a little more to do outside of their designated roles.

It’s hard to review this movie without talking about the twist at least a little bit. Without saying too much, the context of the film’s events is upended halfway through when it’s revealed that the events playing out, while truly terrifying and horrific, have more in common with Scared Straight or Revenge of The Nerds, than The Walking Dead.

As bewildering and confusing as it might sound, you’ll understand what I mean once you watch the film. There’s great commentary on the effects of bullying, and the film features a few adult characters who never recovered from their own horrific high school experiences and go to great lengths for revenge. The film highlights that often, in an attempt to get revenge for bullying, the bullied become bullies themselves. It’s cranked up to level ten here, but the message still rings true all the same.

Director and co-writer, Marcus Dunstan, along with fellow scribe, Patrick Melton, took a chance with this story. While it can be kind of jarring, they mostly succeeded in providing audiences with a fresh take on the high school horror film. Yes, it’s more hilarious than it is scary, and may incite the wrath of horror purists, but I’d like to think most will appreciate the attempt at something original. I’d like to see more horror films like this that upend their respective genre tropes to tell a more human story.

UNHUMAN will be available On Digital June 3, 2022 courtesy of Paramount Home Entertainment. 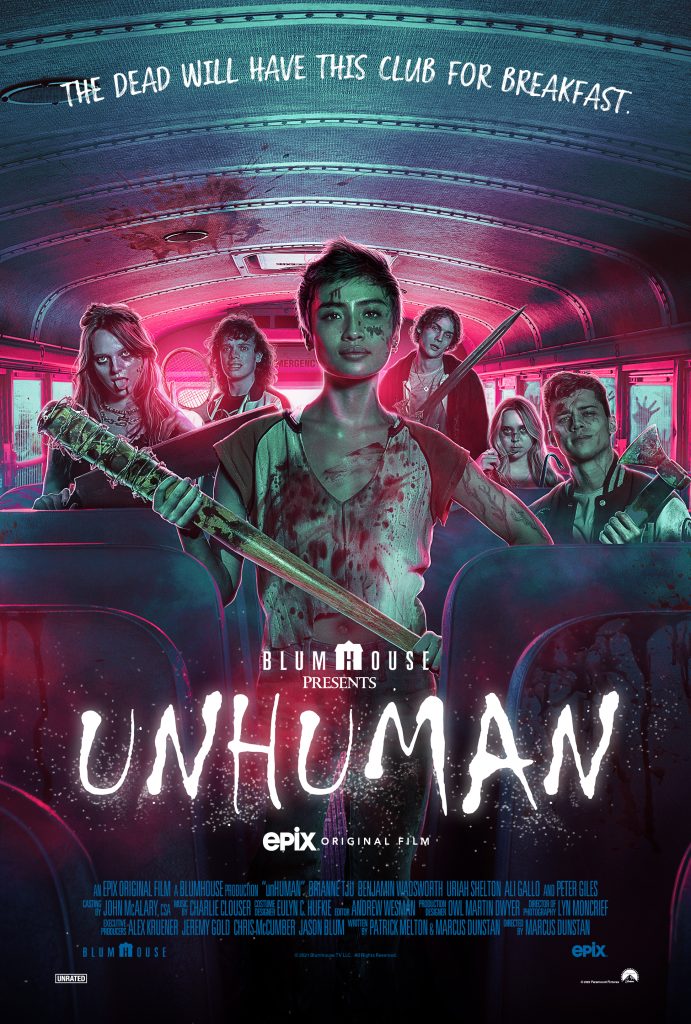