What Does New Japan’s Kazuchika Okada Gain by Working in AEW? 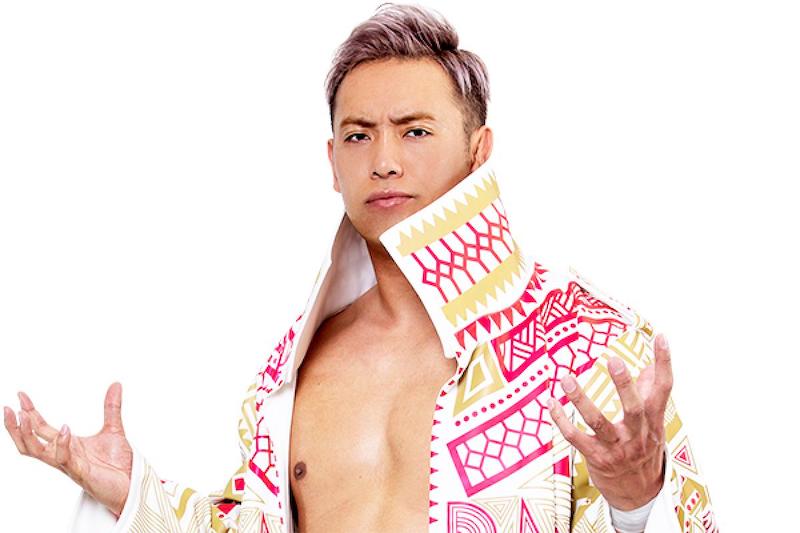 Kazuchika Okada is one of the most popular professional wrestlers working in the industry today. The New Japan star is also widely considered by many fans and insiders to be the best pro wrester in the game.

Recent online reports suggest that Okada will eventually be on his way to the United States. The Rainmaker is supposedly going to compete in AEW and possibly Impact Wrestling. The only question is, what does Okada have to gain by this rumored journey to the states?

The news of Okada’s American arrival was initially reported on The Wrestling Observer. Since then, speculation has run rampant among fans and pro wrestling analysts alike. What will Okada do when he debuts in AEW? Who will he face in Tony Khan’s ring? More importantly, what’s in it for Okada?

The Rainmaker has already firmly established his reputation as a modern day legend in the business. His resume in New Japan Pro Wrestling is littered from top to bottom with high profile main event matches. He has been the focal point for the company since his rise in 2012 and he continues to be a major draw.

His work in the ring is matched only by his natural charisma, setting him apart from many of his peers. He has the utmost confidence in himself and he is firmly in control every time he steps between the ropes.

But the idea of Okada having a run in America has persisted in recent years. Much of that is because fans want to see him stateside, making him a more accessible commodity. His ongoing legacy is more than intact, but adding to it in America is certainly intriguing.

Every time he has competed in American events, he has always been warmly received. Diehard fans treat Okada like pro wrestling royalty, showing respect for his work and his future Hall of Fame career. It’s logical to assume that those same fans would love to see him appear in America more often.

The creation and rise of AEW could very well facilitate those appearances. The company is presently doing business with New Japan, as Bullet Club star KENTA is feuding with Jon Moxley. The two men will face off on March 5 and it most likely will not be the last time AEW partners with another promotion.

Impact Wrestling is indeed in the conversation, thanks to AEW World champion Kenny Omega. Omega has joined his old Bullet Club teammates, The Good Brothers. The trio appears together on Impact Wrestling, as well as AEW Dynamite.

That reunion has raised the ire of Bullet Club Original Tama Tonga. Tonga has blasted Omega’s crew on social media and he’s also blasted Tony Khan’s company as well. Tonga addressed the situation on the latest edition of his podcast, Tama’s Island.

“Tony Khan, you mark, you been in business two years? Where were you four or five years ago? Shut up. You grab the losers to boost the ratings. That’s why you failed at business.”

Tama also stated his belief that without The Bullet Club, AEW wouldn’t have any of the hot crossover angles it has right now. That includes KENTA, as well as New Japan tag team FinJuice, who recently debuted with Impact Wrestling. But Tama also mentioned Okada, leading many to believe The Rainmaker may not be coming to America after all.

“Okada ain’t going nowhere. Why would he degrade himself to that standard?”

While Tama’s take may or may not be inside information, it has raised suspicions among many fans. But while they continue to debate the positive and negative of a possible Okada run in AEW or Impact, one fact cannot be denied. The Rainmaker likely does not have anything to gain by coming to the U.S.

Unless Okada’s long term plan is to sign with AEW, there seems to be no reason to add to his impressive resume now. There has been no evidence that NJPW is releasing Okada to pursue such a future in AEW. The Rainmaker’s home is still in New Japan.

But perhaps an American run would have less to do with Okada and more to do with NJPW. It’s no secret that New Japan is working hard to cultivate its presence in America. Showcasing Okada on American television would be another important step in New Japan’s mission. He would draw interest from casual fans, as well as AEW fans. That interest could lead to more eyes to NJPW.

Then there’s the issue of who Okada would work with in AEW. Moxley seems like a great choice, but he currently has his hands full with both KENTA and Kenny Omega. If Omega’s dance card was empty, he could potentially feud with Okada. But The Cleaner has already worked a program with Okada. Would fans want to see that feud revisited in AEW?

Or would fans be more willing to accept Okada versus Hangman Page? What about Okada versus Cody Rhodes or Chris Jericho? All three of these matches happened in New Japan however, so is that a dealbreaker now?

The fact is that no matter who Okada faces, The Rainmaker should be protected. He is a major star and a top guy in the industry. To treat him as anything less that what he is would be a bad move on AEW’s part and Tony Khan surely knows that. Kazuchika Okada is arguably the best in the world and that should be the case despite what company he works for.