Why Giannis Antetokounmpo Should Stay With The Milwaukee Bucks 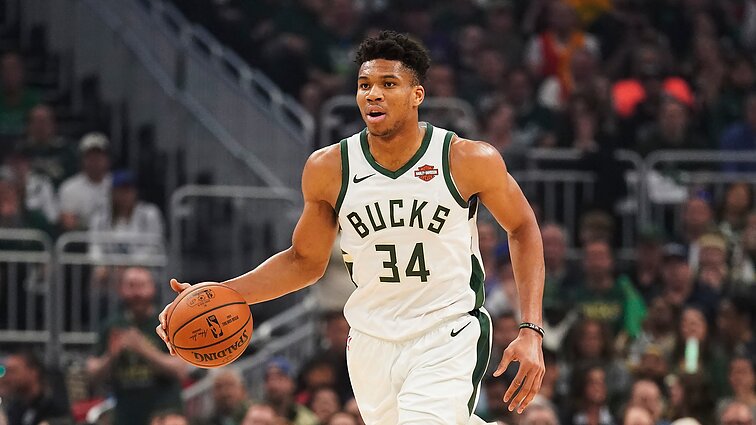 The long-term future of Giannis Antetokounmpo has been up for debate throughout the season. His decision is likely to have a profound impact on what the coming seasons in the NBA could look like, as there are very few players in the NBA that possess the same traits as the Greek Freak. D-Day is coming for Antetokounmpo, as he will finally need to decide whether he will put pen to paper on a blockbuster extension, or turn his back on the Milwaukee Bucks in favour of pastors new.

There are two big choices that Giannis must choose between. Either he stays with the Bucks and helps them create a dynasty, or he will move elsewhere and attempt to get success there. The Bucks will be the favourites to get to the finals this year, but there will still be stiff competition in the Eastern Conference in the form of the defending champions, and franchise that beat them in the conference finals last year, the Toronto Raptors.

How Giannis Should Stay With The Bucks

Nobody could have foreseen how important Giannis would become to the Bucks in such a short amount of time. He was drafted to Milwaukee 15th overall in 2013 and has quickly become an integral player in the franchise that are hoping to build an all-conquering side. His initial importance was easy to see, and that has only increased over previous years, as he led the Bucks in all five categories in the 2016-17 season. His average for points per game is only increasing with every passing season.

The Bucks future with Giannis involved would make it almost impossible to believe that they wouldn’t win an NBA title. His performances when the pressure is really on have improved as the seasons have passed. In last season’s playoffs, he averaged 25.5 points per game and two blocks per game. He also recorded 12.3 rebounds per game and 4.9 assists per game.

There is certainly hope for Bucks fans that he will stay put, with Isaiah Thomas recently revealing that money will not play a huge role in his final decision. That has been evident by his decision to turn down movie and branding deals and has always been a basketball player first and foremost. It is pleasing for fans to see a player putting the project before anything else, which means should he see the Bucks winning a championship in the foreseeable future and he believes in what the franchise is doing, then there will be a very small chance that he will be moving on as a free agent.

What Are His Chances Of Success With The Bucks?

Some of the biggest franchises in the NBA would be looking to sway Giannis away for Milwaukee, with the Los Angeles Lakers and Golden State Warriors likely to challenge the Bucks for their star man. But, there is an argument that he has a solid chance of achieving success where he is at present. The Bucks are a side that is always improving, and they look as though they will improve on their league-best 60 wins last campaign. They are currently top of the Eastern Conference and have the best record in the NBA. Of course, there are questions regarding whether they will be able to win the finals, but they will certainly have an increased chance of dominance in the east if Giannis stayed.

They will likely go into the post-season as the third favourites behind the Lakers and the Clippers to win the championships. However, it’s no surprise that BetAmerica.com has them as favourites in the NBA betting odds this season. There is every chance that Bucks fans this season will be celebrating reaching a first NBA final since the early 70s.