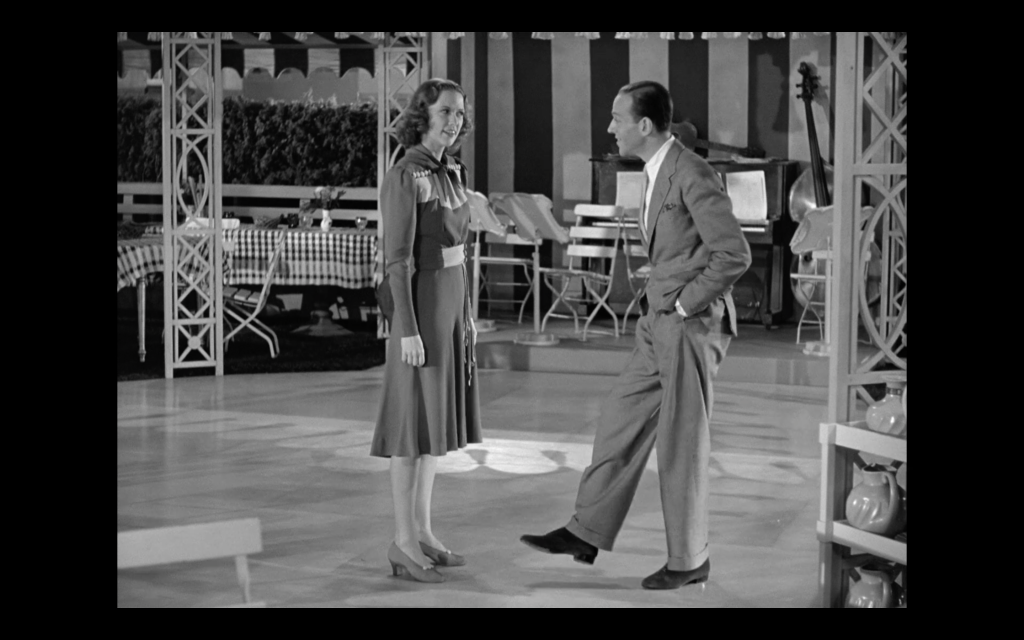 Few things are more exciting than when two legends come together on screen to create pure magic. While the world is currently awe-struck by seeing Godzilla and Kong together duking it out, the promise of such a spectacle can barely hold a candle to what audiences were graced with over 80 years ago in 1940. Hot off a long stint with RKO which included such hits as Top Hat, Swing Time and Shall We Dance, the one and only Fred Astaire decided to head over to MGM for the first time in years to take part in their latest installment of their ongoing Broadway Melody series which debuted in 1929 and spawned two more sequels before Astaire came aboard. Astaire is famous for his partnership with Ginger Rogers, but it is the “Queen of Tap” herself Eleanor Powell who most intimidated Astaire with skills that possibly even exceeded his own. Having two of the world’s greatest dancers on screen with one another in Broadway Melody of 1940 is the type of gift from the universe that you have to cherish if you are a lover of art.

If we are being honest, most people come to a Broadway Melody movie for the singing and dancing, but that does not mean they do not make some effort with the plot. In what would have been quite a surprise at the time, Fred Astaire had his first on-screen male dancing partner in the form of future senator George Murphy. The duo played Johnny Brett (Fred Astaire) and King Shaw (George Murphy), a dance team that is down on their luck and performing for scraps in dance halls as they await their big break. Such a break is right around the corner after producer Bob Casey (Frank Morgan, The Wizard of Oz) sees the anonymous pair perform the bouncy “Please Don’t Monkey with Broadway” one night and is struck by Johnny’s dancing. The problem is, a case of mistaken identity happens when Johnny poses as King thinking he is helping him avoid paying a debt, which eventually leads to the real King being cast in a new Broadway production. This may seem a bit convoluted, but all you really need to know is that it is not always in your best interest to do favors for friends. 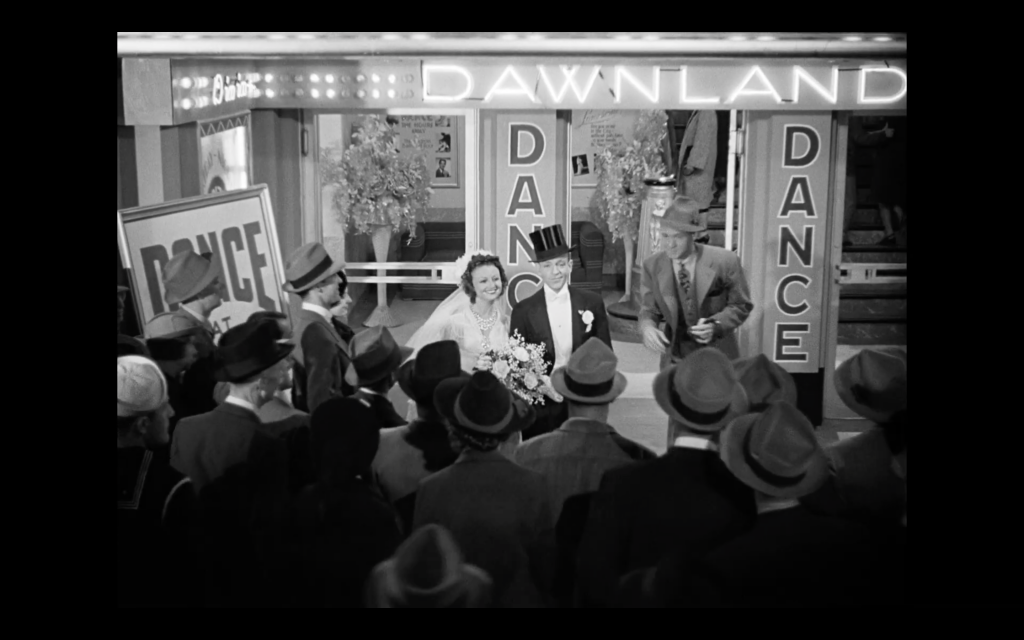 King will be starring in the new show opposite Clare Bennett (Eleanor Powell), a Broadway star with whom Johnny happens to be enamored. Although it should be Johnny up on that stage, he helps his friend get into fighting shape to dance with Clare and make the show a success, but with such fame comes big egos and eroding friendships. The film injects some drama that ultimately is not insurmountable, but provides a great backdrop for these performers to show their immense talent. We are not just talking about the singing and dancing; the chemistry between Astaire and Powell is palpable when they are simply conversing and trading witty repartee, and it flies off the charts once they start dancing with one another. Although they are the main draw, the supporting cast should not be discounted at all. Frank Morgan garners some big laughs as the slippery producer who makes a habit of luring women in with the promise of a fancy fur coat. His exchanges with his secretary (Florence Rice) provide some of the most memorable dialogue of the film.

The story is a solid entertainer, but the song and dance numbers are what will have you walking away from the film feeling lighter than air. It is often said that the epic finale in which Astaire and Powell dance to “Begin the Beguine” is one of the greatest dance numbers ever filmed, and after watching it you would be hard-pressed to argue against that claim. Even if you are a person who does not have an appreciation for tap, you cannot deny the level of transcendent artistry that is on display during this climax. Not only is every step performed to perfection, but it is performed all while the most infectious smiles are plastered on the faces of the performers. The satisfaction that comes with knowing that you are the greatest at what you do shines through like a beacon of light during the dark times. The two glide through this impeccably constructed set filled with gigantic mirrors in a way that will soften even the most hardened of hearts. This film is a crowd pleaser featuring some of the most talented individuals the screen has ever known in a tale that will leave you smiling. 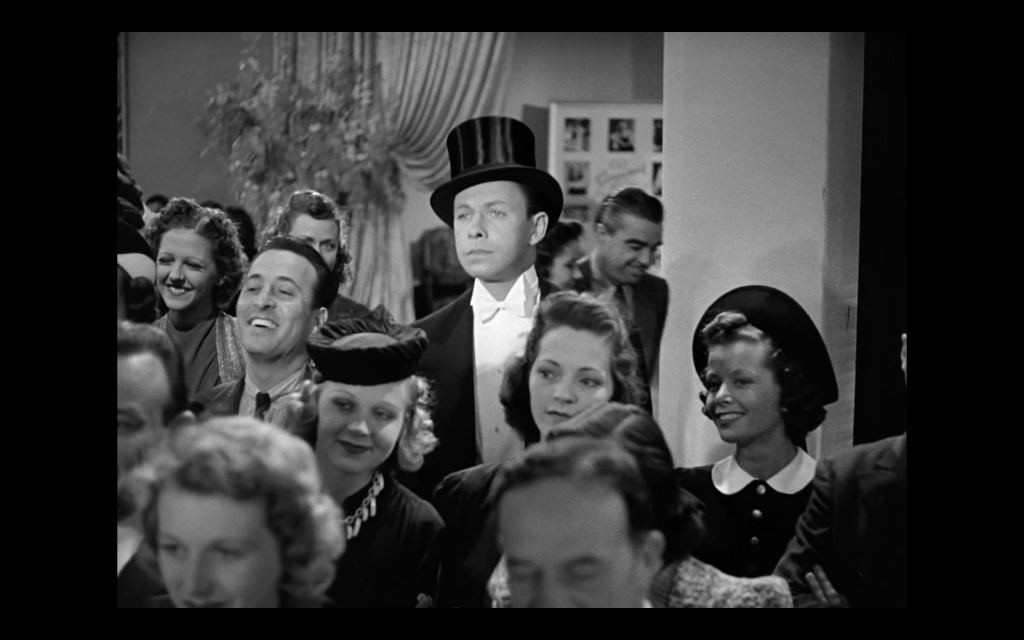 Broadway Melody of 1940 makes its long-awaited Blu-Ray debut with a brand new 1080p transfer sourced from a 4K scan of Nitrate preservation elements that is simply stunning on all accounts. The contrast is well defined, even during the brightly lit big-spectacle shots, and there is not much in the way of print damage to be found. The beautiful black-and-white photography looks marvelous in high definition with natural grain intact. There is a fantastic amount of detail present in the interiors, such as the apartments and backstage dressing rooms as well as the lavish production design on stage. The presentation also showcases nice texture on the costumes and impressive facial detail on close-ups. Black levels are pleasingly deep with no trace of black crush or compression artifacts. Warner Archive has delivered an A+ presentation that will be a welcome addition for any classic song and dance fan.

The Blu-Ray comes with a DTS-HD 2.0 Master Audio track that is incredibly strong. With music being one of the driving forces of the film, it is important to report that the track nails these elements beautifully. The track balances vocals with the accompanying music with magnificent clarity. There are moments where the track is pushed to its limits with all of the competing elements, but the track maintains its fidelity like a champ. The clicking of the tap shoes sound tack sharp in the most exciting way possible. Normal dialogue comes through clearly from beginning to end. Warner Archive has provided a lovely audio track that does not exhibit any glaring signs of age-related wear-and-tear. The disc also comes with optional English (SDH) subtitles. 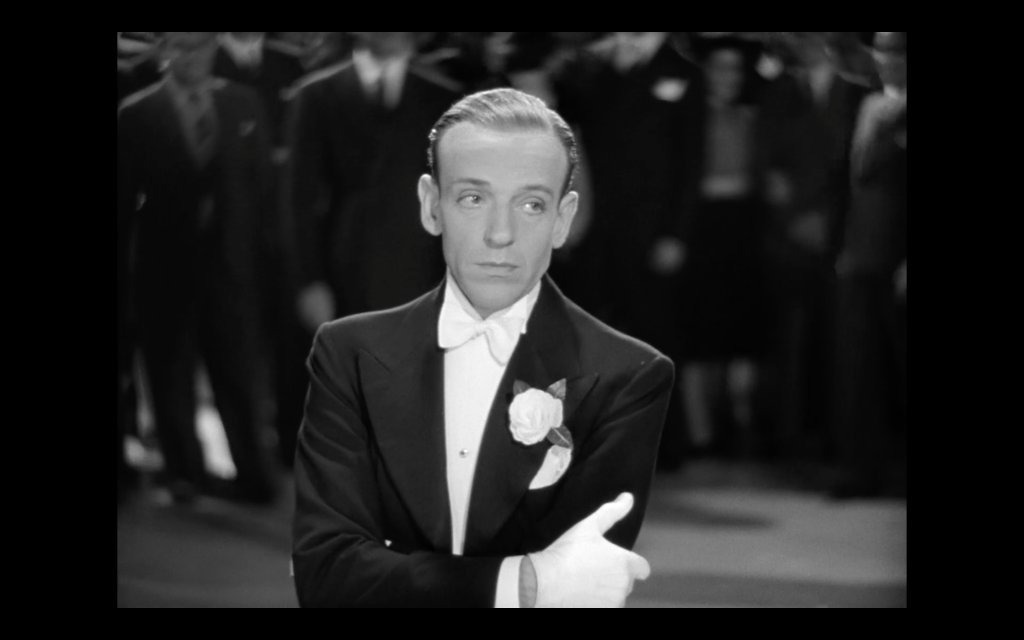 Broadway Melody of 1940 is the type of movie musical that even those who do not love the genre have to respect for the level of care put into the craft of filmmaking. Fred Astaire and Eleanor Powell are sensational together in a way that few films have been able to capture throughout the years. The songs are incredibly catchy and the dancing is beyond reproach. Warner Archive has delivered a Blu-Ray release worthy of the film with an amazing A/V presentation and some fun special features to round out the package. I cannot recommend this disc highly enough for fans of the genre. Highly Recommended

Broadway Melody of 1940 will be available to purchase on Blu-Ray on April 13, 2021 from various online retailers.