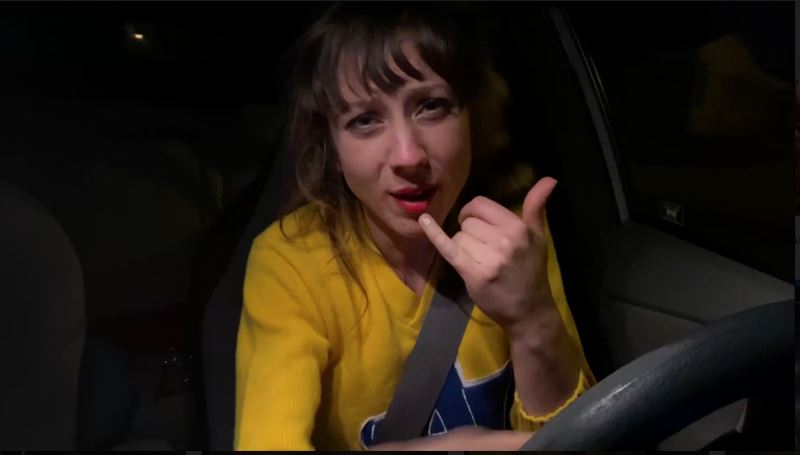 Rarely do I come across a film in which the protagonist is completely irredeemable, and yet, I still can’t help but root for them. To my great surprise, Dashcam turned out to be such a film. The right-wing, extremely problematic heroine is insufferable and unlikable, but you can’t help but begrudgingly respect her endurance as she moves from one supernatural horror to the next. She’s like a cockroach you can’t kill.

Annie Hardy portrays a highly controversial version of herself who flees America amidst all the ‘unjust’ rules and regulations put into place during the COVID-19 pandemic. She lands in London ready to reconnect and annoy the heck out of her old bandmate, Stretch (Amar Chadha-Patel). After Annie films herself verbally berating a café owner for enforcing the mask rule, Stetch’s girlfriend Gemma (Jemma Moore), kicks Annie out. How does she respond? She steals their vehicle and livestreams herself driving around.

It isn’t until she meets the troubled Angela (Angela Enahoro) that her night takes a turn for the worse, and the utterly horrific. Angela seems to be the vessel for a violent supernatural force that kills indiscriminately. Although Annie has been paid to drive Angela to a specific location, there are plenty of terrors on the way to Angela’s destination.

As I mentioned, Annie Hardy plays a repugnant and extremely unlikeable version of herself in this film. She denies COVID exists, and mocks those who’ve lost family members due to the illness. She’s selfish, brash, and sports her red MAGA hat proudly. She’s the host of an insufferable web show and her frequent freestyle rap songs are just as off-putting and offensive as her personality.

I admire the filmmakers for writing a protagonist who is truly irredeemable, and yet, she’s our heroine. Viewers will definitely find themselves rooting for the supernatural force inside of Angela to end Annie’s life once and for all, but begrudgingly admire how resilient Annie is.

Chadha-Patel and Moore do a decent job in their roles. I was rooting for Chadha-Patel’s character to get as far away from Annie as possible. Alas, the poor guy just wanted his car back and ends up in horrific supernatural hijinks because of it. What little Moore gets to do, like kicking Annie out of her flat, is nice and a welcome moment of catharsis in which someone actually calls Annie out for being a shitty human being.

Director Rob Savage, the gentlemen behind the 2020 pandemic set horror film, Host, takes a step backwards with this one. By its conclusion, audiences won’t know what they dislike more: the shaky cam or the main character. All that being said, will you be entertained? Yes. It’s like a train wreck that goes from bad to worse to WTF is happening right now?

Dashcam will debut in select theaters on June 3rd and is available on digital platforms. 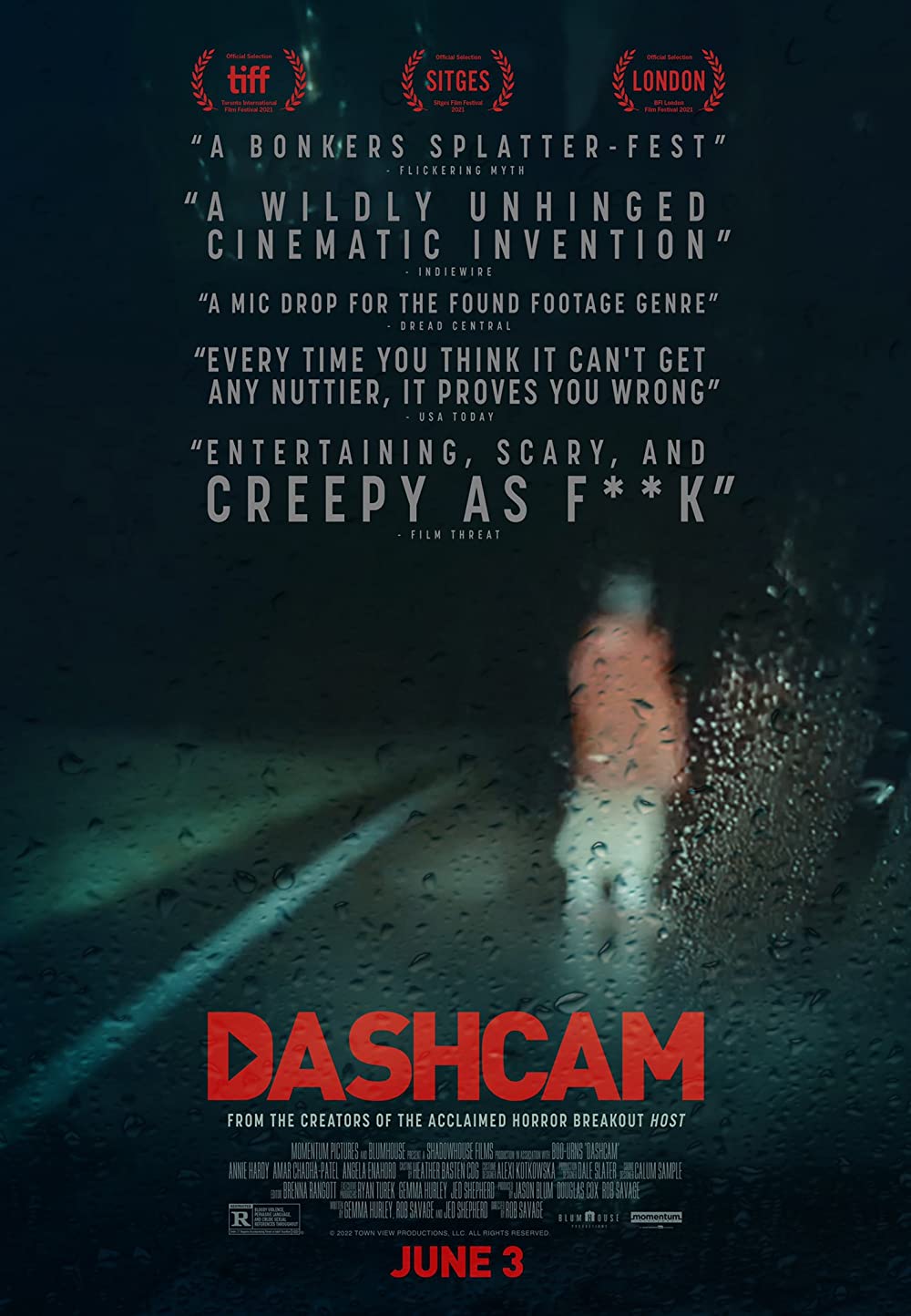 By its conclusion, audiences won't know what they dislike more: the shaky cam or the main character.