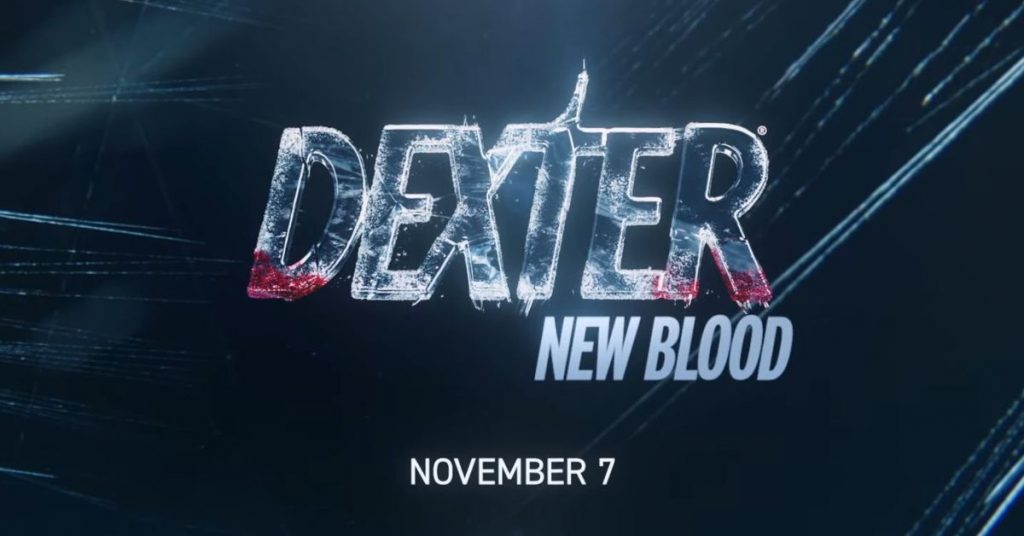 It’s been nearly eight years since Dexter finished its eighth season on Showtime. But a revival of the show is just around the corner, premiering on November 7th. At Comic-Con@Home, Showtime debuted a new teaser trailer for the show. In it, audiences got a first look at Dexter’s continued efforts to hide away his Dark Passenger. Additionally, showrunner Clyde Phillips, executive producer Scott Reynolds, director Marcos Siega, and cast members Michael C. Hall and Julia Jones teased some of what fans could expect in this new season of the series.

Check out the trailer for Dexter: New Blood below, and keep reading for a recap of the Comic-Con@Home panel.

Everyone on the panel was hesitant to reveal too much about the new season. But they did drop a few tidbits. While the original finale of Dexter was controversial, this new season won’t undo what’s already happened. Instead, it picks up years later, exploring Dexter’s life long after the original finale. The new season takes place in Iron Lake, a fictional town in upstate New York. Dexter works at a fish and bait shop in the town, under the alias Jim Lindsay – an homage to Jeff Lindsay, the author of the Dexter books.

They also revealed a little bit about Julia Jones’s character, Angela. Angela is a brand new character this season. According to Clyde Phillips, she’s Iron Lake’s chief of police. She’s the town’s first female chief of police. And, as a member of the Seneca Nation, she’s the first police chief to be a person of color in the town. Jones didn’t go into much detail about her character, but she did offer a few teases, saying:

“She’s challenging. I think that’s the biggest thing I would say about her. She’s got a lot going on. She’s got a wonderful arc. And she’s dynamic, and she has a lot to overcome. There’s just so much to do, and so much to play with.”

As for Angela’s relationship with Dexter, Jones was even coyer. She’d only say that the two share a romantic connection at the beginning of the season. And that they “definitely have a journey.”

As the panel began, Michael C. Hall discussed what he thought Dexter’s mindset was at the end of season eight, and Dexter’s newfound goal of abstaining from murder. He explained:

“I think we see Dexter having made a choice to go into a sort of self-imposed exile. And I think he’s doing a very, very long, protracted penance for the people who’ve died who were close to him, and not intended victims, because of how he’d been living, how he, perhaps, was playing fast and loose with the Code… And I think, you know, as far as abstinence goes… I think Dexter is maybe exercising the power of his restraint. That his ability to not do it is something that he fixates on as a new kind of power. It’s the only way I can imagine him living without killing. If, in fact, he hasn’t been killing.”

In Hall’s mind, Dexter is trying to take responsibility for some of his actions. In his own twisted way, of course. He elaborated, saying:

“I think that he is someone who has made an attempt to take some responsibility for the ramifications of his behavior. He lost his sister, his lieutenant. So many other people’s lives were irreparably damaged… It was really the end of the fourth season, when Rita was killed, that Dexter was – for the first time – bested, in a way… And she was the first of what, we ultimately see, are many casualties of his attempt to have his cake and eat it too. To continue to be a serial killer and also indulge his appetite to find out what it’s like to have a real life, and have real relationships.”

What This Means for the New Season

According to Hall, as the new season begins, Dexter is still trying to find that perfect balance. He’s been trying to abstain from killing people, but a part of him still longs for it. Hall continued,

“And so, I think… When we meet him, I think he’s in a place where he realizes that, or at least he’s encouraged to believe that, he can’t have his cake and eat it too. And that if he wants to live a life, and continue to do this sort of very quiet, unacknowledged penance for what he’s done, he’s not gonna be able to go around killing people. And if he’s going around killing people, he’s gonna struggle to have much of a life outside of allegiance to that. Though, he does maintain a fantasy that he can manage to do both.”

Previous reports hinted that Jennifer Carpenter (Deb) and John Lithgow (The Trinity Killer) would be reappearing in Dexter: New Blood. But Phillips was hesitant to confirm, exactly, who would be returning, saying:

“Obviously, I have to be a little bit coy about this. But I will say that there will be some returning cast members from the original series that will make some people’s brains explode.”

The End of the Season

While, of course, nobody was going to spoil how the season might end, Phillips did talk about how the writers go about planning the structure of a Dexter series, and how fans might respond to the ending of this new one:

“When we sit in the writer’s room, one of the first things we do is talk about, usually, what the ending will be. We call that ‘putting our nose against the ending and then walking backward, and filling in the either 10 or 12 episodes’. The ending of this one will be stunning. Shocking, surprising, unexpected, and will… Without jinxing anything, I will say that the ending of this new season that we’re doing will blow up the internet.”

To hear even more about the new season, you can check out the Comic-Con@Home panel below.