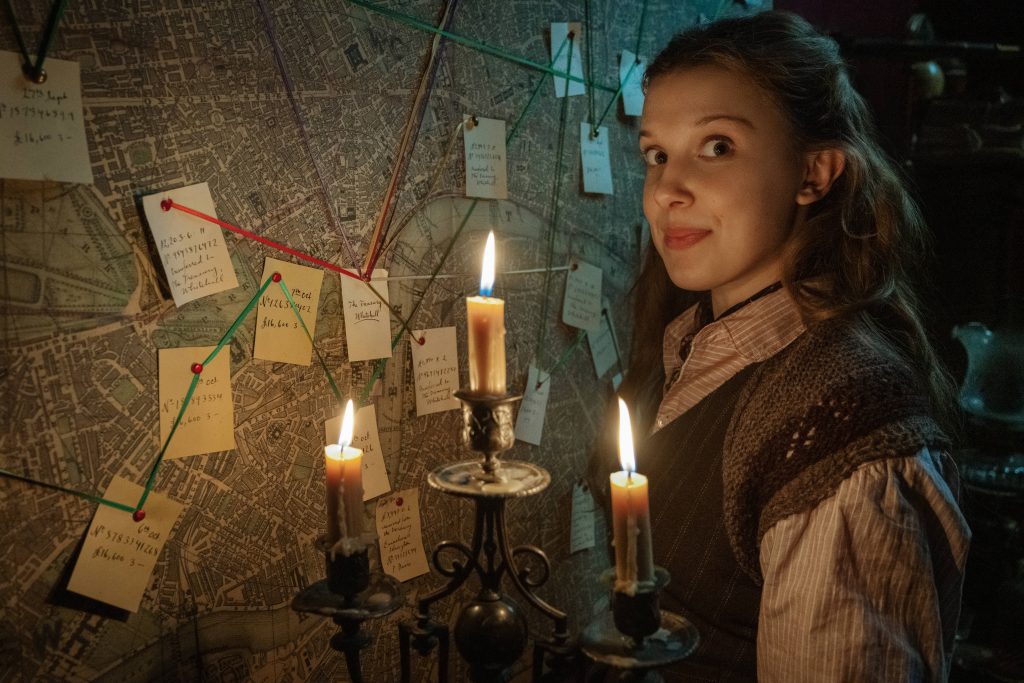 Enola Holmes 2 proves to be a worthy successor in more ways than one. The film continues to establish its protagonist as a modern reinvention of the classic detective, and also serves as a fulfilling sequel to the first installment in the series.

The film follows the titular detective, Enola Holmes, played by Millie Bobby Brown, as she seeks to solve her first major case and break out of the shadow of her famous brother. However, what first seems to be a straightforward disappearance is quickly revealed to be a complicated web of secrets and conspiracies.

With a lot of the legwork already done by its predecessor, this sequel builds on the character relationships and world established by the first film and delivers a satisfying mystery. Although the film is not without some predictable reveals, there are many twists and turns that keep the audience on their toes as the plot progresses. It was a pleasant surprise to have my own predictions proven wrong on multiple occasions.

A major strength of this film is its distinct visual style. Every element of this film’s production value is well-executed. From its ornate set designs and colorful costumes to its superb utilization of color grading and editing, this movie succeeds in making audiences feel as if they were transported to old England. The filmmakers also creatively incorporate animation and transitions into the deduction of the mystery. These elements serve as a fun yet effective way to help audiences visually follow the detectives’ train of thought.

One of the film’s most significant improvements on the first installment is that it makes better use of its screen time. Rather than having two parallel plots with Sherlock and Enola, the screenwriters tie the investigations of the two detectives together, which allows them to solve the mystery through collaboration rather than competition. While the first film felt as if Sherlock’s character was included out of obligation, the sequel uses him to further the plot and aid in Enola’s character development.

This film works because it does not pit the two Holmes detectives against one another. The film treats Sherlock and Enola Holmes as equals and highlights the characters’ individual strengths and weaknesses. While this may be Enola Holmes’ film, the screenwriters do not tear down Sherlock Holmes’ character to prop up the protagonist. Instead, both characters are able to learn from each other as the plot progresses.

Speaking more about the two detectives, Millie Bobby Brown is excellent in the titular role as her passion for Enola Holmes shines through whenever she is on screen. She delivers a witty performance during the character’s lighthearted asides to the audience but is equally exceptional during Enola’s more vulnerable moments. Her continued enthusiasm for the role makes Enola a relatable and charming protagonist to follow.

With his additional screen time, the film also allows Henry Cavill to continue to develop his unique take on the role of Sherlock Holmes. The stoic and deeply intelligent nature of this iteration of the iconic detective is a perfect match for Cavill’s strengths as an actor. His masterful ability to convey emotion and depth nonverbally allows the audience to see when Sherlock is deep in thought or feeling conflicted, without any words being said.

However, some elements of the film do not work as well as others. Compared to the more grounded performances of his costars, David Thewlis’s performance as Superintendent Grail feels out of place in this film. There are some scenes where the character is genuinely threatening, such as an interrogation scene between him and Enola. However, for the majority of the film, Thewlis plays the character as an over-the-top and sneering cartoony villain. The film’s mature themes would have benefited from a more nuanced performance rather than this overly dramatic antagonist.

These slight clashes in tone are also present in the incorporation of other characters such as Helena Bonham Carter’s Eudoria Holmes. The character’s inclusion through flashbacks is a fun way to tie Enola’s childhood to her skills as a detective. However, the present-day scenes with Eudoria are forced into the plot and tonally clash with other scenes. The film’s action sequence with the character feels like a detour from the main plot and could have been removed without consequence. Carter is fun in the role, but the screenwriters need to find a better way to integrate her into the plot or leave her out of it entirely.

The film humanizes its youthful protagonist through the use of “fourth-wall breaks” where Enola speaks directly to the audience. While this serves as a clever way to modernize the narration that is commonly present in detective stories, it does come across as over-indulgent at times. The narrative device connects audience members to Enola but removes the opportunity for subtlety in Millie Bobbie Brown’s performance as we are told what the character is thinking or feeling.

The film ultimately struggles a bit when it comes to sticking the landing. After the mystery is solved, there are several additional scenes to tie up plot threads and details. However, with most of the character arcs already resolved, the film’s final scene comes across as gratuitous. Whether its significance ties into future installments remains to be seen, but in the structure of this film, it feels unnecessary.

Overall, Enola Holmes 2  is a sequel that builds on the strong foundation of the first film and delivers a solid detective story told with a modern twist. With a strong cast and a well-written mystery, audiences are sure to enjoy the adventures of Enola Holmes.

Enola Holmes 2 is currently available to stream on Netflix.

Overall, Enola Holmes 2  is a sequel that builds on the strong foundation of the first film and delivers a solid detective story told with a modern twist.