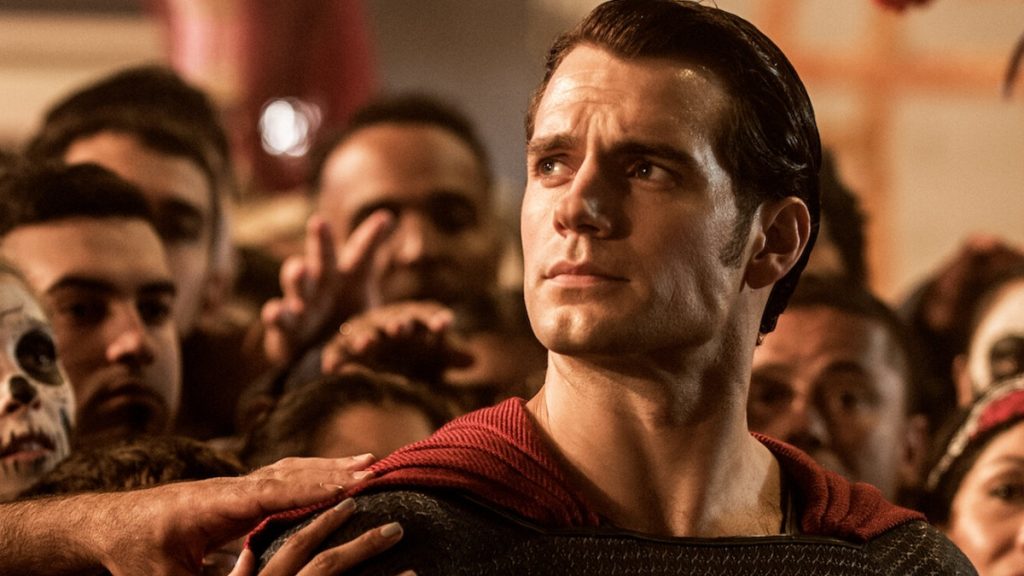 No one in pop culture has had a better two weeks than Henry Cavill.

It’s been a tumultuous fortnight within the cultural zeitgeist. One empire crumbled through antisemitism and racism that has finally been checked. A beloved actor derailed his book tour by crudely insulting another beloved actor. The world’s richest man chained himself to a financial and political black hole masquerading as a social network. Two budding superstar actors reminded the internet of their charisma and thirst-worthy good looks as they promoted either two highly-anticipated blockbusters or a critically adored indie that could be a major awards player.

Amidst the ups of Jonathan Majors and Paul Mescal, the downs of Kanye West and Matthew Perry, and the middles of Elon Musk, Henry Cavill stands apart. The British actor pulled off an incredible run of wins over the past 14 days: he set social media ablaze with news about his two most iconic roles, extended the success of another iconic role, and reunited with the director who best understood his on-screen appeal. Through this drumbeat of news, Cavill has never appeared more pleasant, funny, and humble.

Cavill’s excellent two weeks are uniquely remarkable. Our culture currently favors chaos, where one error, unforced or not, can cause ruin. (Or, at least, the perception of ruin.) Seeing a celebrity trend on Twitter is akin to flipping a coin where both sides are often bad. The nature of movie stardom has also changed. Hollywood’s shift from actors to intellectual property as a box office driver has altered what being a “movie star” means. Cavill’s winner’s lap is a dream scenario for an actor seeking to solidify their status. But what does that mean when the movie star concept is fading?

Or has a new kind of movie star emerged, and Cavill has cracked the code?

By now, the world knows: Henry Cavill is Superman again. Cavill confirmed his return in an Instagram video, unveiling a presumed test shot from his Black Adam cameo. In the video, he expressed gratitude to fans and excitement about Superman’s future. He would repeat the sentiment during a live taping of Joshua Horowitz’s excellent Happy Sad Confused podcast in New York later that week. Visibly emotional, Cavill detailed wearing the Man of Steel suit and his interest in playing an “enormously joyful” Superman.

That last part is vital. Studio infighting, terrible reviews, and disappointing box office largely marred Cavill’s time as Clark Kent. A common criticism was that the DCEU lacked joy, especially from its historically sunny lead character. Man of Steel had its moments, but Batman v Superman was a murky barrage of nihilism and violence aligned more closely with Batman’s thematic oeuvre. The film rarely conveyed Superman’s optimism and faith in humanity and left Cavill with few notes to play other than existential misery and stoicism. And then the film killed him off.

When Justice League revived him, audiences saw Superman smile and crack the occasional joke. It was a breath of fresh air, but Joss Whedon’s extensive rewrites created a tonal and thematic chasm between his work and Zack Snyder’s, cratering the film. (That’s nothing to say of Whedon’s behavior and Snyder’s behind-the-scenes treatment. It was an all-around creative failure, a case study of how not to build a franchise.)

Cavill never stood a chance with a hard-to-recognize Superman, even though he had the looks and gravitas. Now, under James Gunn’s hopefully more supportive (and nuanced) management, Cavill has that chance. Despite the mixed feelings about the Snyderverse, there seems to be a consensus of excitement about his return. The passion was evident in July when Deadline reported that Cavill would announce his return at San Diego Comic-Con. Some critical reviews of Black Adam noted that his cameo was the film’s best moment. There is no word on a producer or writer for Cavill’s first film, but there is a hunger to see him in the cape again.

Geralt of Rivia Drops the Sword

With Cavill putting the red cape back on, something else would have to give. Less than a week after announcing his return to Superman, Cavill revealed on Instagram that he would be departing his lead role on the Netflix fantasy series The Witcher after the upcoming third season. Liam Hemsworth would take his place as the hulking, tortured monster hunter Geralt of Rivia.

The news was shocking. Cavill is a huge fan of the books and video games the series was based on and had committed to a seven-season run as recently as last year. The Witcher was Netflix’s answer to Games of Thrones, and having a recognizable face at the forefront was critical to its launch. Despite Netflix’s deliberately obtuse metrics, The Witcher has been successful for the streaming service, leading to spin-offs like the upcoming Blood Origin miniseries starring Michelle Yeoh.

Cavill benefitted from the arrangement too. Superman is infinitely more popular, but Geralt of Rivia gave him a character he could claim first, setting the template for future Geralts to be measured. The character’s dry humor, exasperated energy, and simmering sexuality gave Cavill more opportunities to showcase his range beyond the stoic grimness on the surface. His physical performance was also impressive, moving with a graceful fluidity that opposes his muscular frame. Beneath the heavy leather, gruff voice, and silvery wig, Cavill cut a captivating figure.

That’s likely why social media erupted when Cavill’s departure hit timelines. Within 24 hours, the official Witcher account’s announcement Tweet received over 10,000 retweets, 40,000 quote tweets, and 80,000 likes. A quick survey of the responses reveals shock, confusion, outrage, speculation, and bewilderment over Liam Hemsworth replacing Cavill. (Of the three brothers, Luke Hemsworth is the closest approximation to Cavill’s build and might’ve made a more intuitive choice.) The takeaway is people highly regarded Cavill’s performance as Geralt, expressing dismay at his departure as they did joy at his return as Superman.

Sherlock Holmes and Another Spy

Alongside an alien superhero and a mutant monster hunter, Cavill has also found time to play the world’s greatest detectives. November marks his second appearance as Sherlock Holmes in Enola Holmes 2, starring Millie Bobby Brown. Like Superman, Sherlock Holmes has seen many live-action interpretations, including by fellow superhero stars Robert Downey Jr. and Benedict Cumberbatch. Unlike those, Cavill is second fiddle to Bobby Brown’s Enola, serving as a remote but nurturing support. The two have sweet sibling chemistry, and Cavill’s knowing wink enhances the franchise without overtaking it. The first Enola Holmes was a critical and commercial smash hit, and Enola Holmes 2 seems poised to repeat the reception if the film’s early reviews are any indication.

Just in case Cavill wasn’t busy enough, Deadline reported that he would lead the upcoming film The Ministry of Ungentlemanly Warfare, directed by Guy Ritchie and based on Winston Churchill and Ian Fleming’s secret World War II combat organization. This film will be the second time Ritchie and Cavill work together, after 2015’s The Man from U.N.C.L.E. That WWII spy flick was supposed to kick off a franchise, but its terrible box office scuttled the plans. It’s a shame because Ritchie merged Cavill’s broad physicality and charmingly wry charisma into a compelling (if underwritten) character in Napoleon Solo. The film likely won’t be franchised, but it does offer a new lane for Cavill (and a solid James Bond audition tape if the producers were so inclined).

A New Kind of Movie Star?

There are two common threads across Henry Cavill’s exceedingly good news. The first is that Cavill is very popular. As obvious as that sounds, it’s essential to separate Cavill from his characters. There’s an inherent popularity built into playing Superman, no matter who wears the cape. However, like other superhero actors, that popularity doesn’t necessarily translate to other roles and films. If Cavill represented the status quo, his playing Superman might impede how people perceive Sherlock Holmes or Geralt of Rivia.

And yet, Cavill has demonstrated popularity across three separate roles, with little crossover in how they’re identified. (You’re not likely to find someone asking why Superman is wearing a silvery half-ponytail.) People on social media are debating whether gaining back his Superman is worth losing his Geralt. Cavill’s performance as Sherlock Holmes will soon enter the fray. Even though his characters set the context, Cavill is ultimately driving the discussion. That’s rare in a time when people still refuse to acknowledge that Anthony Mackie, not Chris Evans, is now Captain America.

Besides being an ego boost for Cavill (and a potent negotiating tactic for his management), this news cycle does hint at how some movie stars might approach brand-building in an IP-driven Hollywood. Cavill is taking a diversified approach. Rather than rely on one huge role and franchise (Superman), he’s also taking on smaller ones that he can either shape from scratch (Geralt) or memorably iterate on (Sherlock and August Walker in Mission Impossible: Fallout). This approach ensures that, in our increasingly divided entertainment landscape, most people will interact with him at some point. It’s an accelerated and condensed version of how, say, Harrison Ford cultivated three iconic pop culture characters in 15 years.

It’ll be interesting to see how Cavill utilizes his confirmed popularity in the future, especially as new roles emerge in the second Superman era. Will the goodwill be spent on riskier films with directors who have interesting takes on his screen presence? Will he lead another franchise, perhaps another aligned with his gaming and fantasy interests? How successful – commercially and critically – will these promising ventures be?

The other common thread is that Cavill has a second chance at being a star who can open a film or series on their name alone. He didn’t have that power in 2015 with The Man from U.N.C.L.E. You can reasonably hypothesize he either has it now or will soon. Given his genuine gratitude for these latest opportunities, it’s easy to hope that the Cavill Model works out.