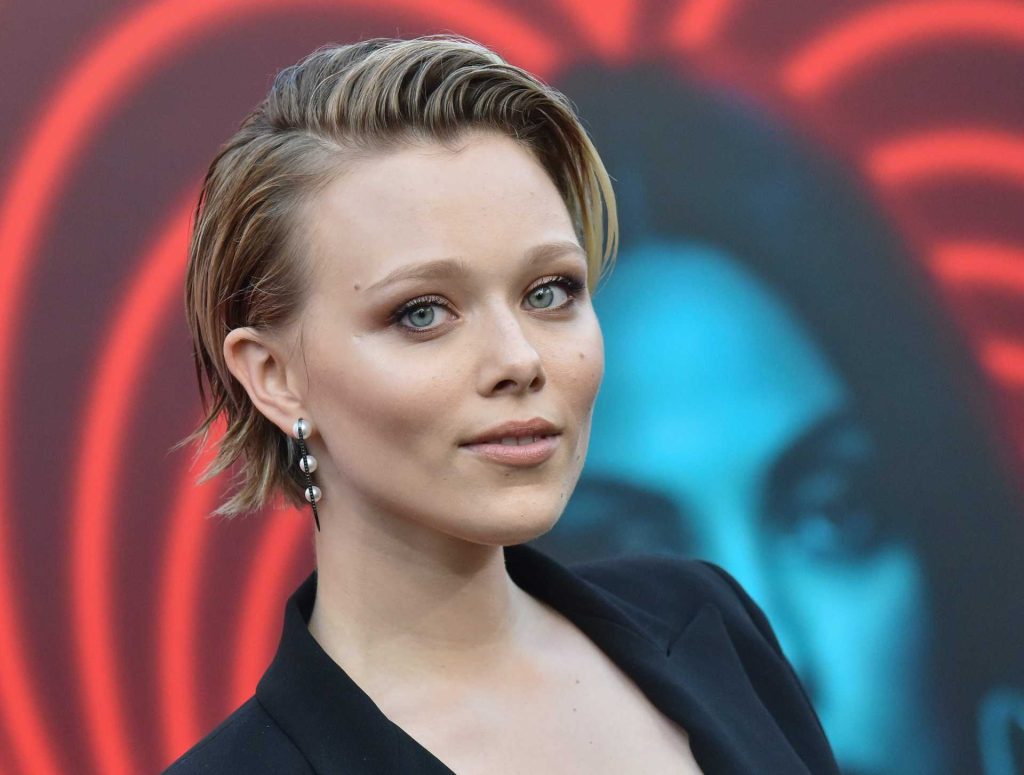 Welcome, welcome everyone to a special entry of Geek Vibes Interview. With the horror/thriller, Let It Snow releasing this week, I was graced with the opportunity to ask the star of the film, Ivanna Sakhno a few questions about the film and her experience. In her young career, the talented Ukrainian actress has already been apart of big projects such as Pacific Rim: Uprising, The Spy Who Dumped Me, and the Hulu Original, High Fidelity. So without further ado, let’s get to know Ivanna Sakhno a little better. 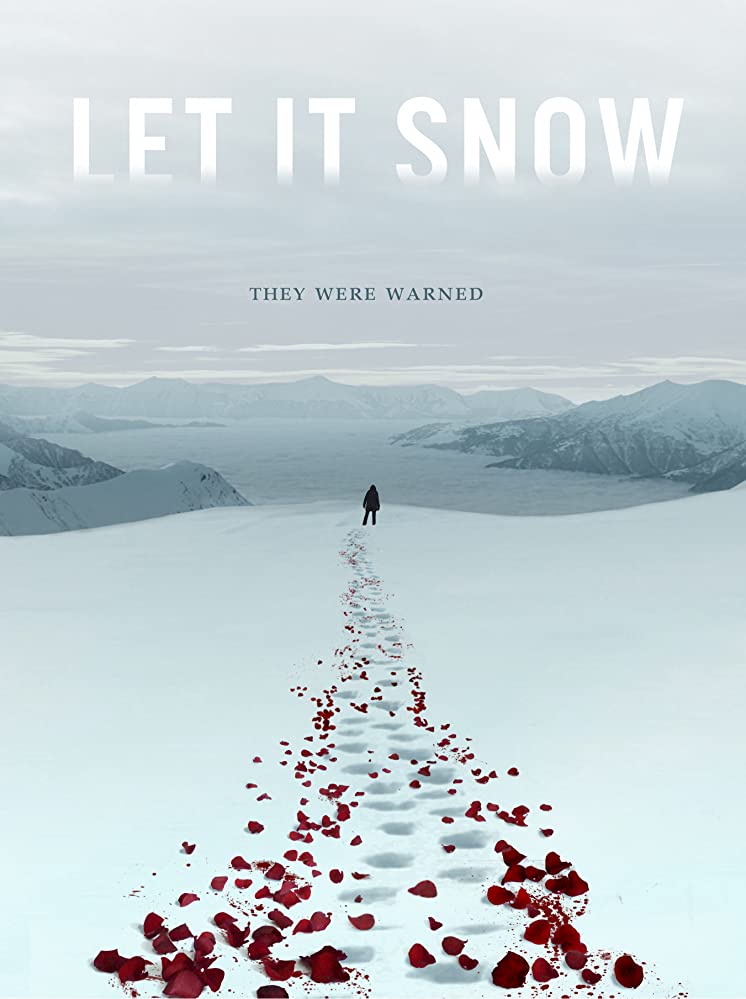 Let It Snow is now available on VOD, Digital, and DVD.

Dom Fisher: Hello Ivanna, my name is Dom Fisher. Thank you for taking the time to answer some questions. It’s greatly appreciated. First, I would like to say you did an amazing job and I enjoyed the movie. So, what was the most challenging aspect for you while filming?

Ivanna Sakhno: The mountains themselves and the physical aspect of the process were the most challenging. We were located 3000 meters above the sea level and had 23 days to shoot. For some of our crew members, including myself, it was the first time experiencing altitude sickness, one that was present throughout nearly the entire period of filming. 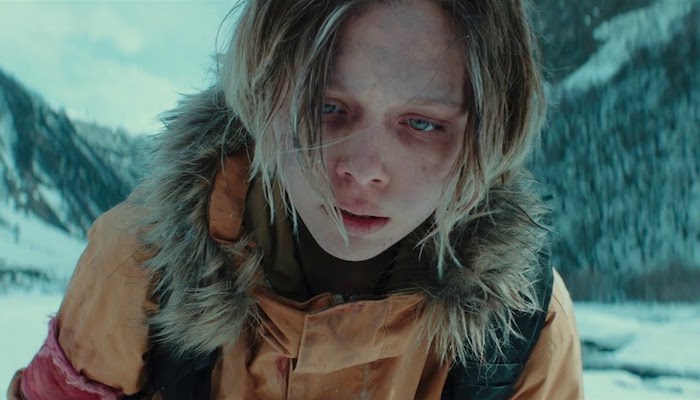 DF: If I’m not mistaken, this is your first big lead role in your young career. How did that feel?

IS: The desire to work with a Ukrainian film director has been circling my mind for awhile. With this particular project, and Stas being a first time director, it felt like a valuable experience to get to challenge myself, both physically and mentally in a work setting that I’ve never experienced before – something that I will always cherish. Having  Let It Snow become the first Ukrainian film to be bought by a major Hollywood distributor has also allowed me to understand the value of what stories we chose to tell, and what I’d like to bring onto the screen in the future.

DF: Was there any particular preparation or a mindset you had to tap into to become your character, Mia?

IS: The experience of being in the snow 12+ hours a day, crossing cold rivers and getting very little sleep has allowed the process of tapping into character to be quite natural. (laughing)

DF: This film sets itself apart from most films in the horror genre being that it’s more grounded and realistic, is that something that appealed to you when initially reading the script?

DF: I feel like this is a movie that taps into many of our rational fears, being stranded in a foreign country, not speaking the native language, and being trapped in the middle of nowhere with imminent danger lurking. What is an irrational fear of yours?

IS: Fly worms. You know, little maggots that have just gotten out of its egg and have yet to become a full fly. There’s something tender yet revolting about them. 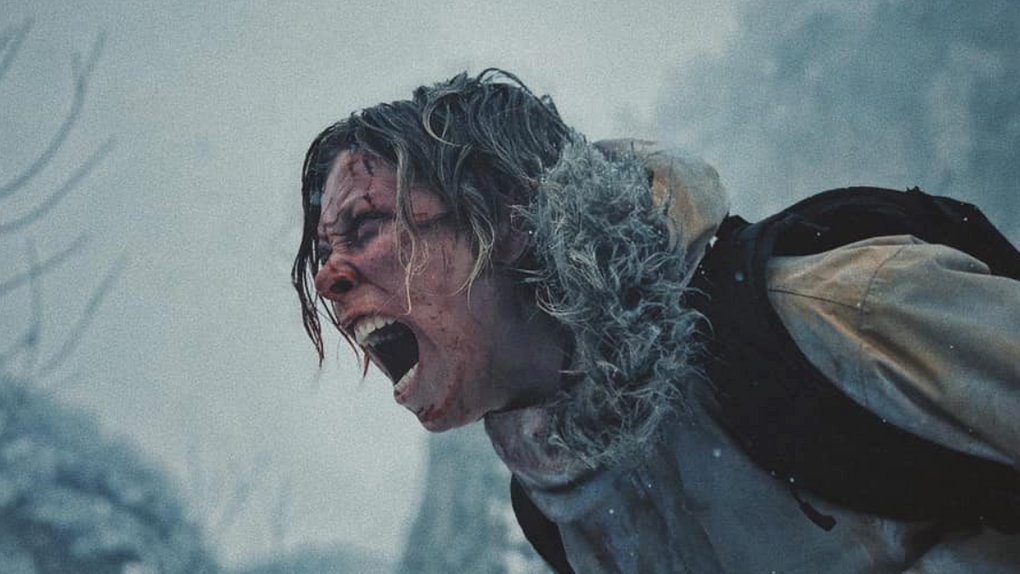 DF: Do you relate to your character at all? If so, what are the similarities?

IS: We’re different people. You begin to relate in the process of re-reading the script and analyzing the actions of a character you’ve been trusted to create. Mia has a clear motivation to survive, it is a trait that I share with her in some implementations, and something that I wanted to discover from her own perspective at the same time.

DF: Horror films are always deeper than they initially appear, are there any underlying messages or themes that viewers may not pick up on in their first watch?

IS: I think there’s a specific, clear message to this film. Every action carries a consequence. Sometimes, and in this particular story, the hatred that is caused by certain actions can end up being reflected onto a complete stranger.

DF: Besides Let It Snow, do you have any other you need projects coming out or in the production?

IS: Of course, the pandemic has put the world on pause. I am currently working on a new Netflix show that we were in pre-production for a month in Madrid. 3 days before shooting was supposed to begin, we were ordered to pack up and return home as the U.S. was closing its borders. Most of the industry is experiencing this at the moment and all of us are awaiting to be reunited again in a safe environment.

DF: With me representing Geek Vibes Nation, I’d be remiss if I didn’t ask you about the superhero world. With you already having some sci-fi in your catalog, does the world of superhero films interest you at all?

IS: The process of creating a superhero movie is incredibly interesting and, at times, feels like you’re a part of a tremendous machine. My experience with that world led to some valuable lessons and life-long friendships. I am interested in tapping into different genres, both studio-produced and independent, low-budget projects.

DF: Lastly, where can fans find you on social media?

IS: Social media is not my strongest suit, but an online place where I think we should all find ourselves on at this moment in time is vote.org.