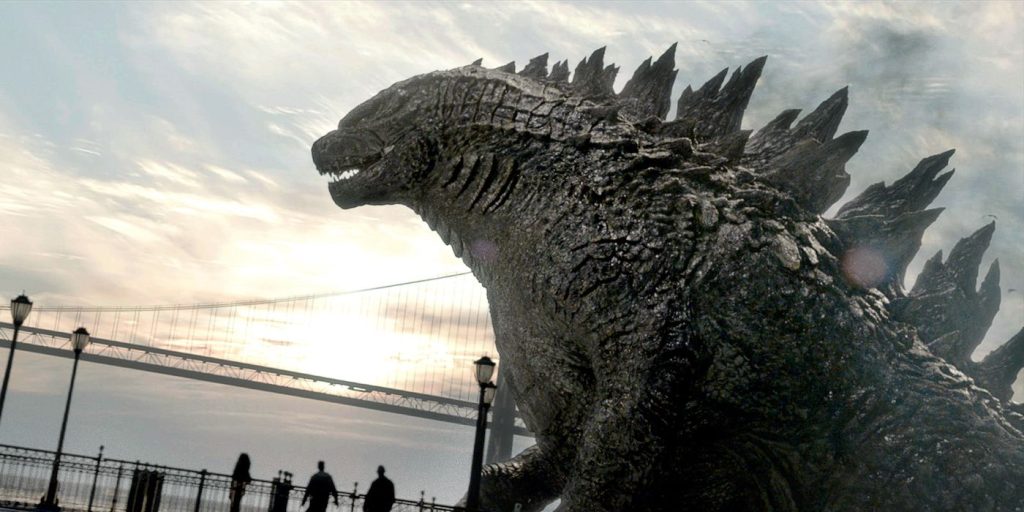 The following movie critique portion of this review was written by my colleague Cainan Myracle.

In 1998 TriStar Pictures brought Godzilla to the big screen here in the United States. Despite earning $379 million at the box office, that film was crushed by critics and fans. Most of the criticism comes from the design they used for Godzilla, now named Zilla, which featured a more iguana meets T-Rex design.

In 2014, Warner Bros. and Legendary Pictures, took the bad taste out of our mouths and gave us the true Godzilla. Godzilla (2014) kicked off the MonsterVerse which would spawn three more films including a showdown with Kong. All the MonsterVerse movies have a stellar cast, and the 2014 film is no exception. Led by Marvel alums Aaron Taylor-Johnson and Elizabeth Olsen, the film also stars Ken Watanabe, Sally Hawkin, David Strathairn and Bryan Cranston. 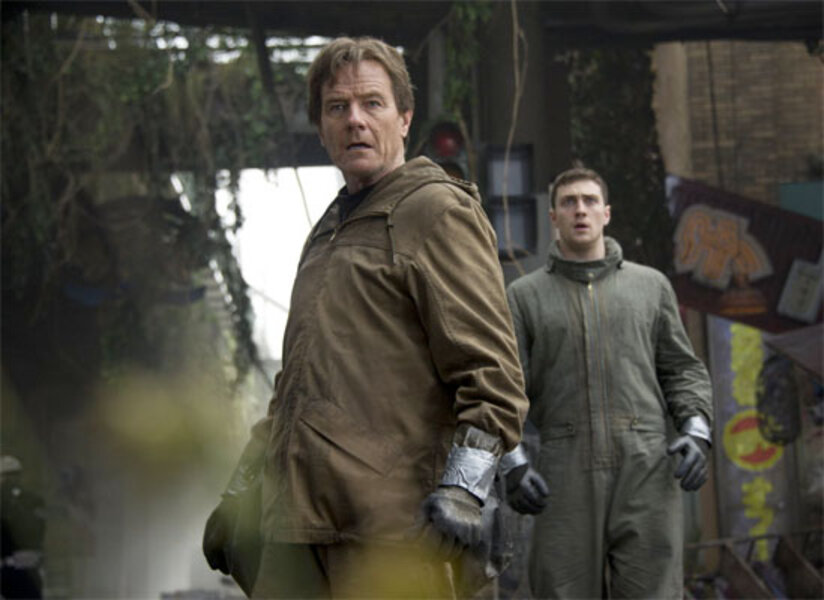 While many watching a Godzilla film want to see the Godzilla himself, I appreciate what Edwards was going for by focusing on the humans while keeping Godzilla in the background. In fact, we do not even fully see Godzilla until the climactic battle. This strategy keeps fans on the edge of their seat in anticipation and suspense. The film plays out like a war film, gritty and dark, but you get the added bonus of giant Kaiju monsters fighting each other. We get to experience the emotion the humans feel knowing that a creature as powerful as Godzilla exists in the world.

The film is a visual spectacle with some great cinematography, set pieces and action sequences. Highlights include an epic tsunami, a night H.A.L.O. Jump from the military which we get to experience from both POV shots and expansive wide frame, and the epic showdown between Godzilla and the MUTO’s. Edwards captures it all with such style and grace. His direction and vision make Godzilla (2014) one of the best films of the year and a solid entry into the Godzilla movie franchise. 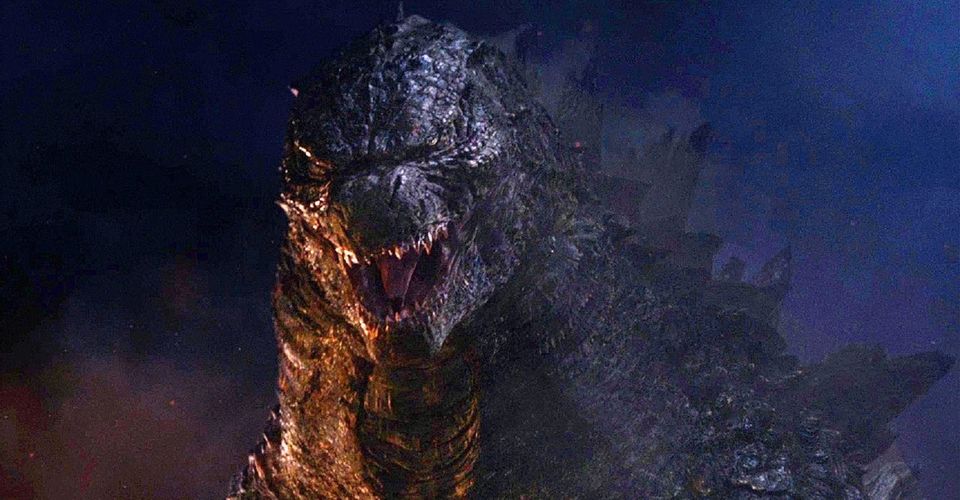 The 4K UHD Blu-Ray of Godzilla offers a substantial uptick in quality over the inconsistent accompanying Blu-Ray, most notably in its color grading and handling of black levels. While fans of the film have probably gotten used to it after repeat viewings on disc, the truth is that it can be quite difficult to make out a lot of the darker scenes on the Blu-Ray. This new presentation feels like you are seeing things clearly for the first time (or at least the first time since you caught it in theaters). Elements such as the train attack or cave exploration taking place in the cover of darkness are more vivid and finely delineated. The black levels are especially strong in this presentation, staying deep and inky with great detail. The highlights in the film are more defined with whites more pure and balanced with no instances of blooming to be found.

Skin tones appear more natural with healthy doses of crisp detail apparent on faces such as pores. Edwards did not make this a film bursting with color, but the earth hues and specific pops in color appear with greater intensity than ever before. The increased range of the color spectrum is stunning to behold. Important details like fiery explosions and the nuclear breath look incredible here. The transfer reveals an increase in the depth of field in the varied locations that we visit around the world. In the wake of the various scenes of destruction, you can more clearly make out textures within the rubble and similar such elements. There does appear to be the slightest amount of noise reduction and black crush in a few instances, but these are rarities as opposed to the norm. The Blu-Ray has done its job until now, but Warner Bros. has made that disc obsolete with the wonderful new 4K release.

This disc comes equipped with a dynamite Dolby Atmos presentation that feels like it just might bring your house down. This has always been a title that sounded practically perfect, but the addition of the height channels makes this one supremely immersive. Sounds are appropriately rendered with precise directionality from the more kinetic action scenes to interpersonal moments of dialogue. The overhead fly-bys from the helicopters is the special touch that will have you vibrating. Ambient details are plentiful and quite satisfying in the rear and overhead channels. The momentous score from Alexandre Desplat envelopes the room with a ferociousness that you will not soon forget. Dialogue is presented perfectly clear without ever being overwhelmed by any of the competing sonic elements. The heavy gunfire and tumbling of buildings provides an all-encompassing soundscape that kicks in throughout all the speakers. The low end is pushed to the limits here in a way that will have your neighbors complaining. The mix will be a fun one to put on to demo your sound system. 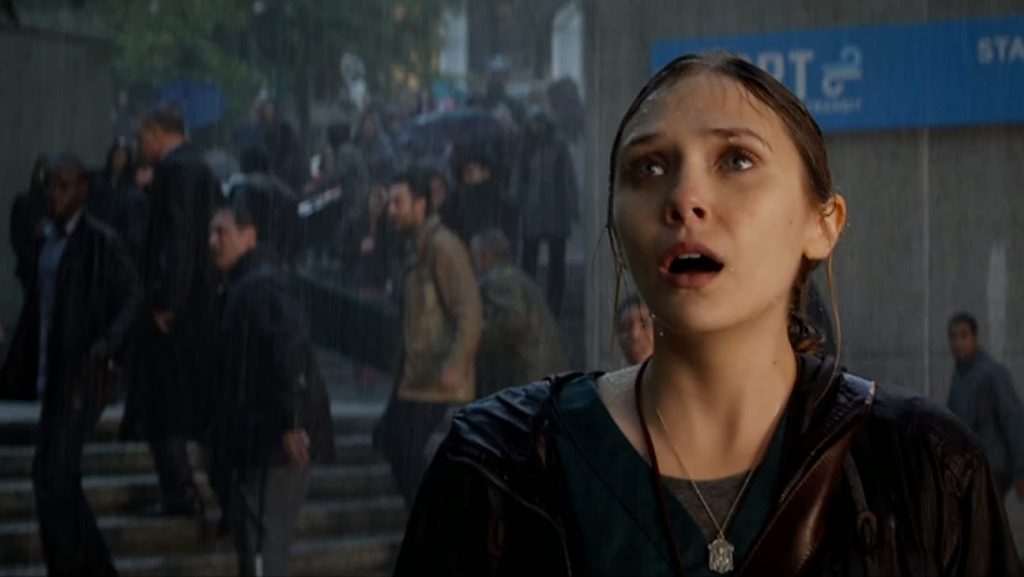 Godzilla was criticized a bit for the lack of screen time for the big guy, but the anticipation that came from waiting to have him on screen paid off in the end for this particular viewer. The characters are not always as fleshed out as you might want, but the performers they have inhabiting them help make up for any shortcomings. What you really come for is the all-out destruction, and this movie more than delivers in this respect. Warner Bros. Home Entertainment has released a 4K UHD Blu-Ray that offers fans of the series an incredible A/V upgrade and all of the legacy special features. If you have to experience Godzilla outside of a theater, you want it to be this way. Highly Recommended

Godzilla is currently available to purchase on 4K UHD Blu-Ray and Digital.