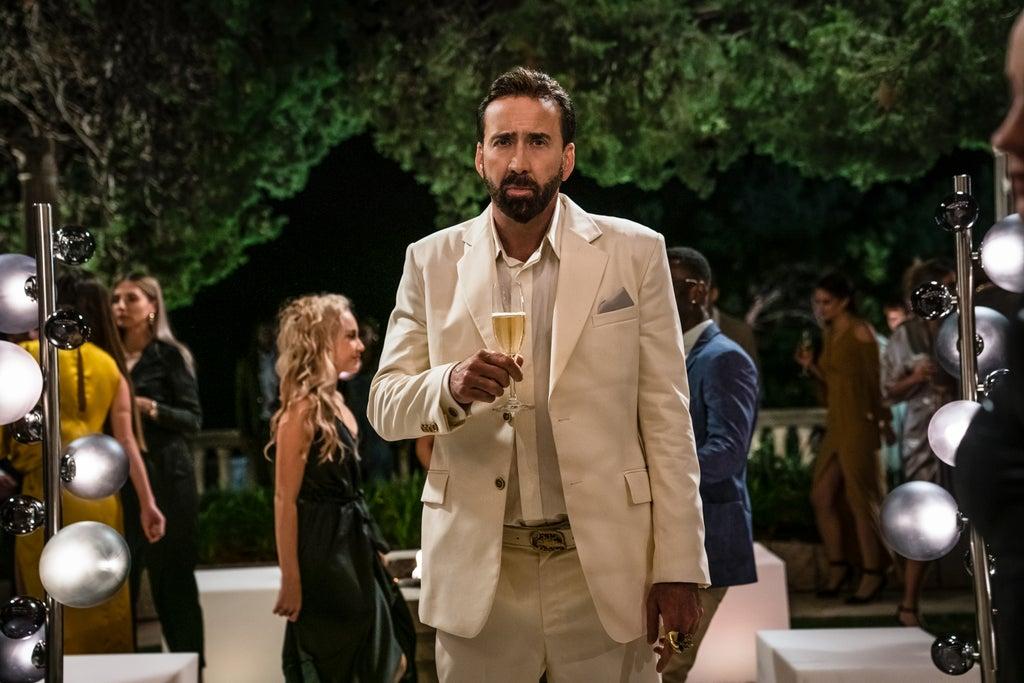 We at GVN aim to keep you informed of the newest and best in home entertainment week in and week out. For the week of June 20th, we have some incredible releases making their way to our shelves. Read on to get the full rundown of what you should have on your wishlist, plus take a chance to check out what Michael and I are spotlighting on The Video Attic this week.

This weeks finds the arrival of two of the most enjoyable surprises of the year so far. No other family film this year has the style of The Bad Guys, a genius ode to classic crime films starring the voice talents of an amazing ensemble led by Sam Rockwell. If you want something safe for the entire family, but with the beats of a Tarantino film, you should check this one out on 4K UHD Blu-Ray from Universal. There is also a little movie called The Unbearable Weight of Massive Talent, also known as the movie where Nicolas Cage plays Nicolas Cage. The concept sounds absurd, but the execution is handled flawlessly with humor and heart. The new 4K UHD Blu-Ray from Lionsgate comes with an audio commentary, deleted scenes and more.

If you want something that speaks to the larger human experience, we have two indie features that should be firmly on your radar. First up, we have After Yang starring Colin Farrell in one of his best performances to date. Knowing that this comes from A24 may be enough for some people to put it on their list, but for those who need more convincing, this tale of Artificial Intelligence finds director Kogonada exploring themes of love, loss and humanity in the gentle, thoughtful way that has made him a festival favorite. On an even smaller scale, Strawberry Mansion from Kentucker Audley and Albert Birney explores many of these same themes with the added fun of dream logic. This one is very whimsical but far from impenetrable from a narrative standpoint, and the new Blu-Ray from Music Box Film is filled with some terrific special features.

In the land of horror, we have some great offerings from a couple of our favorite labels. Arrow Video is putting out one of the best made-for-TV thrillers ever made with The Initiation of Sarah. While there are elements of Carrie within this one, there is much more to unpack that sets it apart, much of which is explored within the dazzling array of special features. Next up, the label is putting out the Dr. Jekyll & Mr. Hyde and Jack The Ripper mashup Edge of Sanity starring Anthony Perkins newly restored on Blu-Ray. Finally Blue Underground is putting out the gnarly horror satire Uncle Sam on 4K UHD Blu-Ray, which you can hear about in detail in the Video Attic below.

Fans of extraterrestrials are in for a treat this week. Scream Factory is releasing the nightmare-inducing Fire In The Sky with a new 4K scan of the original camera negative plus a new interview with Director Robert Lieberman. Not to be outdone, Kino Classics is releasing the made-for-TV film The UFO Incident starring none other than James Earl Jones and Estelle Parsons. Tune in for this real-life story of a couple who claimed to have been abducted back in 1961.

This is only a taste of the incredibly packed lineup you have to look forward to you this week. Be sure to check out the full list below after checking out The Video Attic where we discuss the Blu-Ray release of the Shane West horror film Escape The Field, the Stanley Kubrick noir Killer’s Kiss on 4K UHD, John Goodman in the comedy King Ralph, new releases from Kino Lorber, Scorpion Releasing, The Film Detective and more.

What releases are you planning on picking up? Let us know over on Twitter.