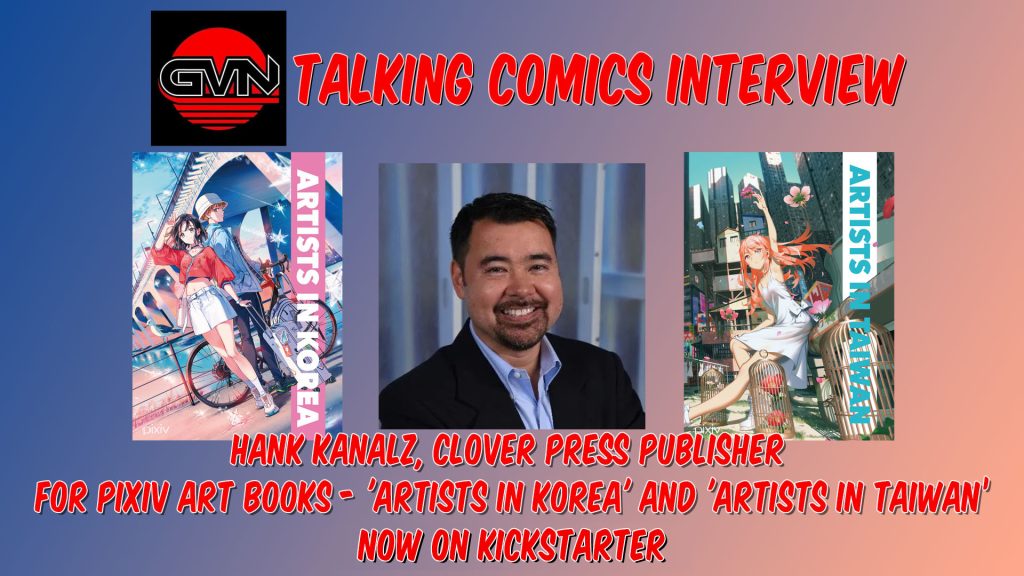 When it comes to diversity in the comic book industry, Creator/Publisher Hank Kanalz has done it all. Whether it be writing for DC and Marvel, or on the editor and publishing side with DC’s Vertigo Imprint. These days, Hank is the Publisher at Clover Press, who encourage diversity and outside the box thinking in all of their publications. This includes collaborating with other talent rich publishers.

Coming soon, Clover Press and Pixiv, Media Do International, Inc. are coming together to crowdfund two great Art Books that celebrate that diversity. Bringing Artists in Korea and Artists in Taiwan to a Kickstarter Campaign. These will showcase over 150 talented Pixiv artists from their specific regions and display them for all to see.

Recently, we had the opportunity to get a few moments with Hank to discuss a little about his career and these exciting upcoming art books. So, let’s welcome Clover Press Publishing’s Hank Kanalz to GVN’s Talking Comics.

GVN: Thank you for sharing a bit of your time Hank. Since this is our first opportunity to talk, I
wanted to cover a bit of your background. You have had a diverse career in both the comic
book industry and with publishing. If you would, tell us when your interest in comic book
writing came about and how that experience helped in your later publishing ventures?

HK: How much time do you have? I started collecting comics very early, starting with a grocery bag of comics given to me by a neighbor who was moving away. I was hooked instantly and knew that I wanted to draw comics for a living. The problem was, I discovered early on I couldn’t draw well enough. But I focused on writing and was selected to be a part of DC Comics’ “Bonus Book Program.” After that, I was a part of the launch of Image, and had shorter stints at Malibu Comics, Marvel Comics, then DC and WB for about 25 years. So, all of that leads to some collective knowledge in these new publishing ventures, and the desire to employ best practices, and maybe set out to do some things in new and different ways. The comic industry landscape has changed dramatically compared to when I started, and we’re all standing on shifting ground.

What Past Experience Teaches

GVN: That was a great segway into my next question. As you said, you spent a good part of your career at DC and Warner Brothers. What would you say you learned during that time that was instrumental in your growth both as a creator and as a publisher?

HK: So much – not just what to do, but what not to do. But publishing books with the world’s most recognizable characters (did you know that more people recognize and identify Superman than the President of the United States?) is very different than publishing books by relative newcomers on books on topics we would consider more eclectic in nature.

GVN: When you started at Clover Press, what goal did you set as you settled in and how has that
effort been rewarded so far?

HK: Diversity and representation are passions of mine, in content, format, and creative teams. And I really love comics, especially comic art. Clover Press had already published a few high-end hardcovers, and our goals aligned in a complimentary way. We all have different tastes, and the magic of working at Clover is our ability to publish books we want to see in print. But publishing is a long game, not an instant one, so you’re going to start to see projects we set in motion last year, this year. We’re pretty excited by the range of product, too – from art books from terrifically talented artists to more archival books with the Library of American Comics, and some new periodical and graphic novel concepts that don’t necessarily fit into pre-established genres.

GVN: Coming soon, Clover Publishing is partnering with Pixiv, Media Do International, Inc. for two
outstanding art books that feature some of the great talents in Taiwan and Korea, ARTISTS IN
KOREA and ARTISTS IN TAIWAN through Kickstarter. How did this collaboration come about?

HK: We do have eclectic tastes here at Clover, and this one really sparked with me. It’s a collection of work from different artists, rather than just one, so I think it has broader appeal to fans of manga and manhwa art styles. There’s such a diverse selection of styles and subject matter, and I always find something new when reviewing the book. When Media Do International introduced us to pixiv, we thought this would be a good fit and a great opportunity to introduce more people to the diverse talent showcased on the pixiv platform.

GVN: As these books were being prepared (and they include over 150 amazing artists) how was it
decided whose work would be included? Did pivix handle that end of the process?

HK: That was more on the pixiv side of things, for sure. Given the millions of users they have on the platform, I’m glad for it, as it would be nigh impossible for me to choose. With so much art, we’re hoping these first two books perform well enough for us to do follow-up volumes. But we did work very closely with the pixiv team and some select creators for some extra products to accompany the books. 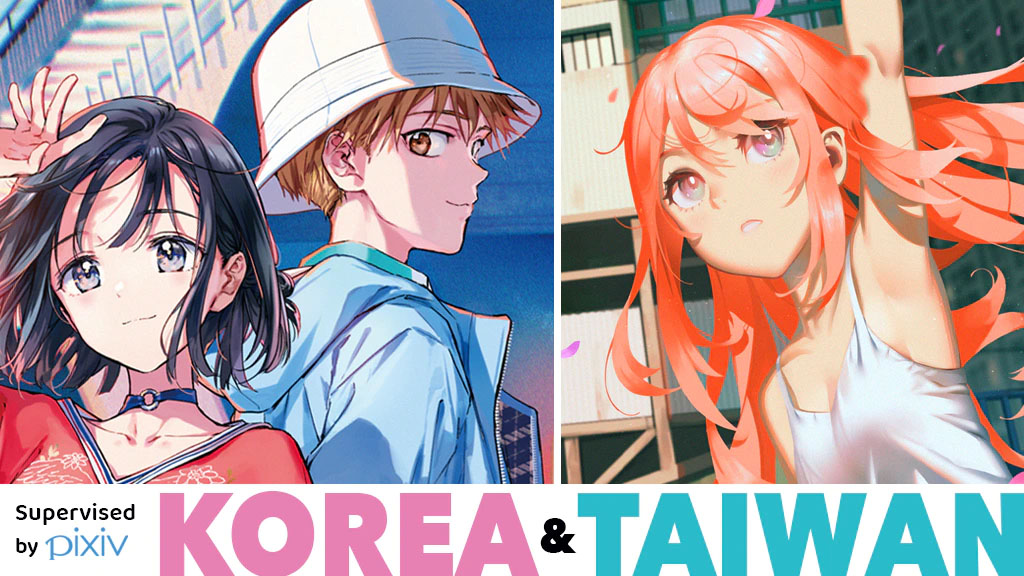 GVN: When fans go to the Kickstarter campaign, what might they find besides the two-quality art
books?

HK: We’re offering some exclusive items – some concert pins, prints, stickers, t-shirts, and even some trading cards. There’s some fun variety to choose from, catering to different tastes.

GVN: Thank you once again for your time, Hank. Before I let you go, tell our fans where they can go
to check out the Kickstarter campaign and do you have any other projects in the works
through Clover Press that you would like to promote.

HK: No, thank you! I really appreciate the interest in Clover Press! You can check out the campaign here and peruse our catalog at Clover here. We just released an interesting graphic novel by newcomer Alek Shrader and artists P. Craig Russell and Aneke – CARMEN: THE GRAPHIC NOVEL, an adaptation of the famous opera. Alek is an opera tenor, and this is his first published comics work. And we have P. Craig Russell and the crazy talented Aneke on art. Did I say we have eclectic and diverse taste at Clover? We have eclectic and diverse taste here at Clover Press.

GVN: It’s interesting that you mentioned Alek, because we interviewed him in the beginning of his Carmen graphic novel. In fact, that interview is among my favorites list of 2022. You don’t often get a chance to talk to a professional Operatic Tenor. With that being said, be sure to check out the Kickstarter campaign for Artists in Taiwan and Artists in Korea, found here.