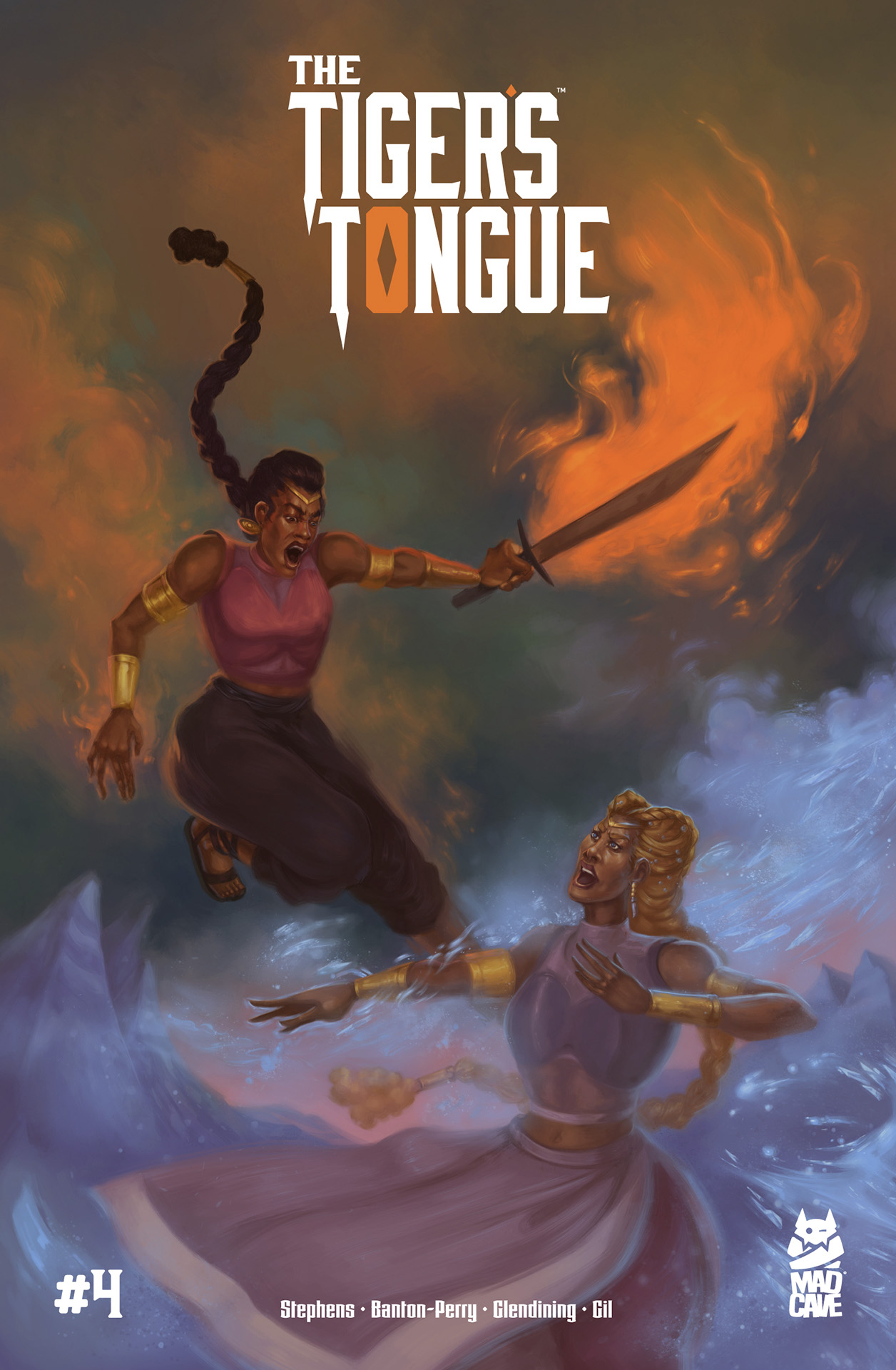 When we last left The Tiger’s Tongue, the ceremonial competition for ruler was still under way. Dani had won the 2nd challenge and the third and final test was upcoming. However, during the competition, Dani had discovered her true power and a hardline attitude against the River People. So much so that she punished a young woman who dared to speak up against her. Freezing her and then shattering the ice and the person entrapped in it. She would be shown the respect she was due. If only it was that easy.

As for the ruling class of the Tiger’s Claw, they were impressed with what Dani had done. Surely things might have escalated had she not intervened. However, Kelindi was not pleased. As far as she was concerned, Dani had created a Martyr with her actions. The River People could NOT be forced into submission as they have in years past. Whether the upper class wanted to believe it or not, their methods of subverting the river people would no longer work. It was time for another path. A path that Kelindi felt that Dani was not ready to lead.

That being said, Kelindi did not want to fight Dani to see who would rule. Just as in the beginning, she asked for Dani to step aside and let her rule. As they embraced, Dani agreed to this. There would be no final trial. However, that didn’t mean that Dani would not face some consequences for what she had done to the young lady in the market. Kelindi admitted as much to her friend Skal later on, when she demanded Dani face murder charges. Dani would be charged with the crime she assured her. It was the only way to maintain peace between the two people. Although, Kelindi never mentioned that to Dani.

It was time for the final trial. The girl’s father assured them both that his love for them would not change, regardless of the outcome of the final trial. As the crowds gathered to witness the final conflict, Dani raised up a white cloth, appearing to prepare to surrender. She then addressed the crowd. Dani revealed that her sister had shared her vision of what would become of the Tiger’s Claw. In the end, by surrendering to it, Dani would be doing her part to make that vision a reality. However, it was with a heavy heart that she could not agree to surrender.

Without warning, Dani unleashed her powers, using her ice to slice Kelindi’s hand from her arm. The crowd was in shock but not as much as Kelindi. She roared at Dani asking her why she had done this. Kelindi never wanted to hurt Dani. But it was cold and determined Dani who told her sister that she needn’t have feared. Kelindi COULDN’T hurt her. Following that up with a mountain of ice that pushed Kelindi off the mountain. Dani was the victor. She faced the crowd to pronounce herself as Queen. She would lead the Tiger’s Claw to a new dominance. One in which those who rebel would learn their place.

A week later, Kelindi was being cared for Skal and a River People healer. She was battered and bruised bandaged in numerous places. Skal was happy that Kelindi had survived. Kelindi was happy that she would have an opportunity to strike back at the Tiger’s Claw. She would be the River People’s weapon against their tyranny and… against her sister. Her sister who had frozen the entirety of the Claws land. Believing that there could be no insurrection by the people if they couldn’t leave their homes. But Kelindi was of fire. There WOULD be a Reconning!

The role reversal is now complete. What writer Olivia Stephens first laid out as a passive Dani and an aggressive  Kelindi has been turned inside out. Dani is now the hard-nosed Queen with ruling on her mind while Kelindi fights for those who are oppressed. The battle between the two is now inevitable with whatever sympathies that were developed in the beginning thrown asunder. In other words, an Olivia Stephens classic tale of conflict, family rivalries and justice ready to explode into what should be an emotional climax.

With this issue, artist Diansakhu Banton-Perry was given a chance to flex her combat muscles as the sisters found themselves unable to avoid the final trial. Banton-Perry did a nice job of portraying the short but intense battle scenes. Giving Dani an opportunity to display her fierceness while also portraying Kelindi’s anguish at what she saw as betrayal. This sets the stage for the artist to really dig into what will no doubt be a conflict that will set the virtual pages on fire for the final issue. I look forward to it.