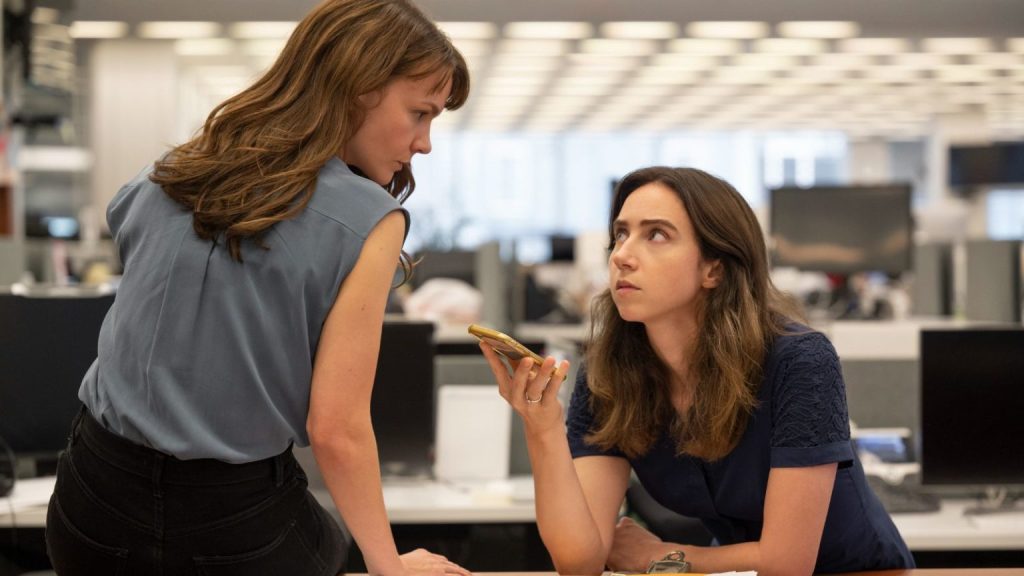 Film at the Lincoln Center has officially unveiled the Spotlight lineup for the 60th New York Film Festival, which will take place from September 30 to October 16, and which includes the world premiere of Maria Schrader’s She Said, based on the 2017 investigation reports that shined light on the predatory patterns of Harvey Weinstein’s sexual misconduct. The story that ignited the fire of the “#Metoo movement”

“Ranging from illuminating portraits and affecting personal stories to uncomfortable histories that ignite change, the third edition of our NYFF Spotlight section is a curated mix of world premieres, films, by acclaimed auteurs, a selection of must-see documentaries, as well as a one of a kind evening of film and music,” Eugene Hernandez, executive director of the New York Film Festival, said. “Our aim once again with Spotlight is to engage, enlighten, and entertain.”

Additionally, The Spotlight world premiers are Chinonye Chukwu’s Till, the story of Mamie Till-Mobley, the Chicago woman whose son, Emmett Till, was lynched while visiting cousins in Mississippi in 1955; film critic Elvis Mitchell’s Is That Black Enough You ?!? a kaleidoscopic documentary that tells the definitive story of the Black revolution in 1970s cinema; A Cooler Climate is Academy Award-winning filmmaker James Ivory and Giles Gardner’s deeply personal new documentary that uncovers boxes of film Ivory shot during a life-changing trip to Afghanistan in the 1960s; and Personality Crisis: One Night Only, Martin Scorsese and David Tedeschi’s documentary, which features the beloved New York institution, entertainer, and New York Dolls singer-songwriter David Johansen. 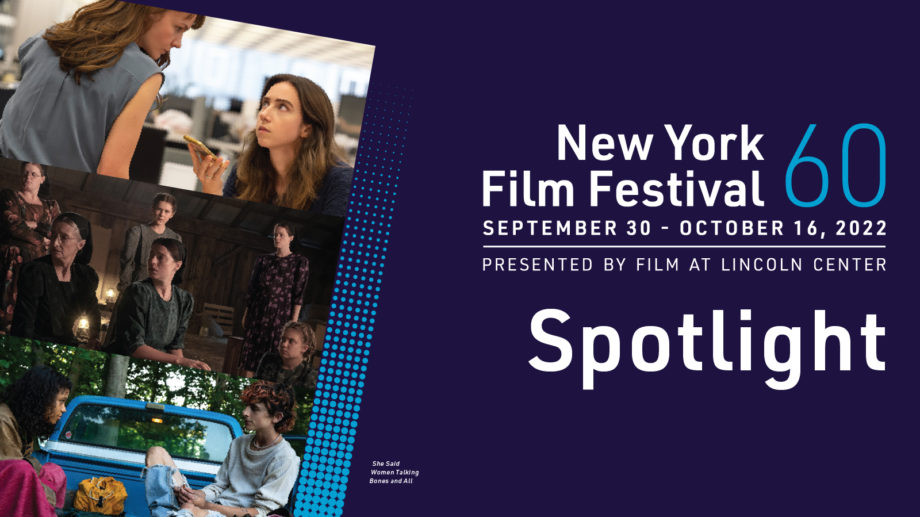 Other new highlights range from Bones and All, Luca Guadagnino’s work of both tender fragility and feral intensity, which features Taylor Russell and Timothée Chalamet, Marco Bellocchio’s six-part series Exterior Night about the kidnapping and eventual muder of the Italy’s influential statesman and former prime minister Aldo Moro by the lefist Red Brigades, Lars von Trier’s The Kingdom Exodus, a third season of his horror TV series The Kingdom, with all five parts being presented on the big screen.

Sarah Polley’s Women Talking, her screen adaptation of Miriam Toews’s acclaimed novel about a group of women from a remote religious community dealing with the aftermath of sexual assult.

Also debuting, Robert Downey, Jr’s documentary on his father Robert Downey, Sr., directed by Chris Smith titled Sr., which focuses on his legacy after his death in 2021. And The Super 8 Years, a delicate journey into the writer and director Annie Ernaux’s family’s memory.

The Spotlight slate is rounded out by the 50th-anniversary presentation of Andrei Tarkovsky’s “Solaris” with live musical accompaniment by Matthew Nolan and Stephen Shannon.

As part of its 60th anniversary celebration, the New York Film Festival will offer festival screenings in all five boroughs of New York City in partnership with Alamo Drafthouse Cinema (Staten Island), BAM (Brooklyn Academy of Music) (Brooklyn), the Bronx Museum of the Arts (Bronx), Maysles Documentary Center (Harlem), and the Museum of the Moving Image (Queens). Each venue will present a selection of films throughout the festival; a complete list of films and showtimes will be announced later this month.

Stay tuned to Geek Vibes Nation as we report more on NYFF, and you can check out the previously announced festival slate here.