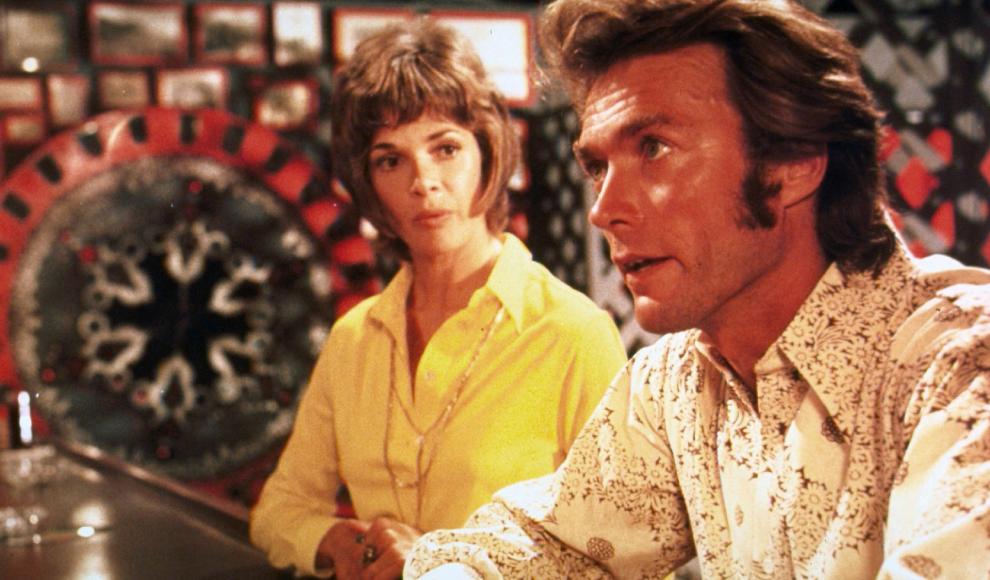 Sixteen years before Glenn Close would be boiling bunnies to get back at Michael Douglas in Fatal Attraction, Jessica Walters (Arrested Development) was giving a masterclass on how to play unhinged in Clint Eastwood’s directorial debut Play Misty For Me. While psychological thrillers may not be the genre that we most associate with the prolific auteur, the film exemplifies many of the aspects that would come to be associated with Eastwood. After nearly twenty years of putting in memorable work in front of the camera, Eastwood knew he had soaked in enough practical knowledge and developed a keen enough eye to create something of which he could be proud. During the production of this first film, he displayed a level of care when working with his actors that allowed them to deliver their best work directly to the screen. While creativity is all well and good, the studio was likely most excited by what a great investment he proved to be. Coming in under budget and ahead of schedule, Play Misty For Me was quite the financial success that turned a nice profit for Universal. Nearly fifty years later, it still stands out as an impressive debut for one of our great directors.

In addition to directing the feature, Eastwood stars as Dave Garver, a nightly radio DJ in Carmel-by-the-Sea, California, with a love of jazz and the odd poetic musing throughout his show. If there is one thing Dave can count on, it is hearing from his number one fan every night who calls in to request the jazz standard “Misty” for the umpteenth time. When he is not working, he is probably holding court at his favorite bar swapping stories with friend and owner Murphy (director Don Siegel in the rare acting role) or trying not to indulge in his smooth talking tendencies. It is those aspects that Dave needs to get a handle on if he is ever going to reconcile with his ex Tobie (Donna Mills) who is tired of being treated poorly. Dave will wish he controlled himself a little sooner once he catches the eye of Evelyn (Jessica Walters), who admits that she is the one who has been requesting the titular song night after night and moseyed down to the bar after hearing him talk about it on air. Dave, being a dumb guy, sees no red flags with this and proceeds to engage in a passionate one night stand with her.

While Eastwood may not always pull it off with grace, he has crafted a story that should serve as a cautionary tale for anyone who may view women as disposable. At least, that feels like what the film should ultimately be about. In actuality, the story only lobbies a slight amount of criticism at Dave’s treatment of women and leans more towards the “Man, women sure can be crazy” side of the spectrum. It does not take Dave long to understand the folly of his womanizing as Evelyn latches onto him like a life preserver. Evelyn is treated as a deranged human being pretty early into the film, only growing more erratic and violent as the story continues. Dave tries to cut ties with her, both gently and not, but Evelyn starts to ruin his life personally and professionally. Fatal Attraction may give more nuance to the unhinged lady trope (which is saying something), but Walters makes the most of what she is given with a truly terrifying performance. Dave’s reactions to certain mental illness signs on the part of Evelyn can be maddening, but Evelyn herself does what she needs to do to earn a place among the great “psycho” ladies.

As a directorial achievement, the film mostly succeeds save for a few oddball indulgences from Eastwood. When the movie is focused, it has such a deft way of controlling tension through stark visual and sound design. One can feel their chest tighten as Dave steadily investigates a dark, moonlit room absent of any score to manipulate emotions. On a technical level, Eastwood shows very early signs of the measured, enthralling composition that would come to define him. At the same time, his inexperience cropped up in other ways, such as letting his personal love of jazz negatively impact the narrative. This music is important to the character and is used in necessary moments, but it is also incorporated into the score at points that completely destroys any tension the movie is trying to build. The music often does not match up with what the scene is trying to deliver. Eastwood also takes an oddly long detour to a jazz festival that does not add anything to the plot. It felt like he just wanted an excuse to create a mini-doc about this festival. Despite this and some typical-for-the-period indulgences in stylized love-making scenes, Play Misty For Me delivers the goods as a compelling thriller. 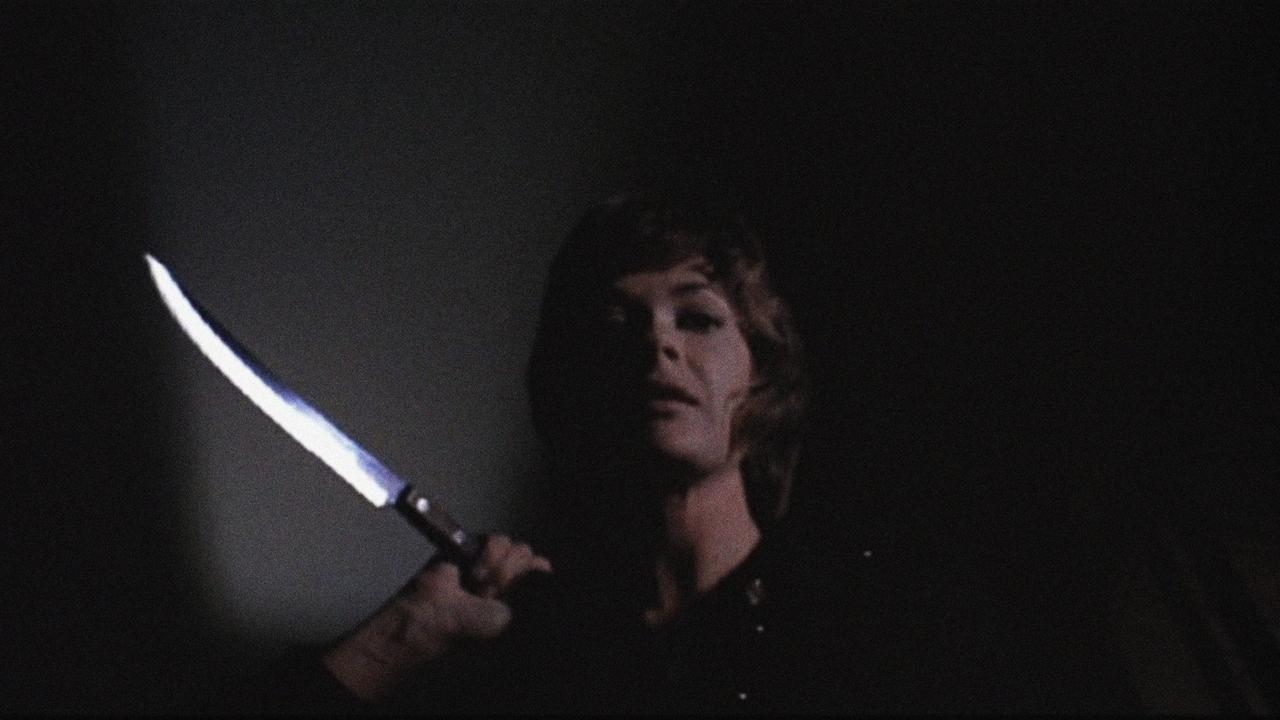 Play Misty For Me comes to Blu-Ray with a digital AVC encoded 1080p transfer derived from a new 2K master. The presentation is a pretty significant step up from the previously-released Blu-Ray from Universal that was plagued with problems. Unlike the previous release that was hindered by digital tinkering, this transfer maintains the natural film grain of the presentation. The grain presents as organic rather than overwhelmingly noisy, which allows for greater depth to the image. Overall clarity and detail is very strong, and skin tones are natural and consistent with subtle facial features easily noticeable in closeup. Black levels are deeper and hold up well with crush not serving as an overwhelming issue. There are moments that run on the softer side, but this is most likely due to limitations of the original source material. Colors are well saturated with vivid hues popping off the screen, especially in outdoor settings. Instances of print damage have been cleaned up immensely with only the occasional specks and marks visible. This new presentation from Kino Classics is very impressive, which should please fans of the film.

The Blu-Ray disc comes with a DTS-HD 2.0 Master Audio track that beautifully preserves the intended sound of the film. Music plays a key role in the narrative, and this track handles it elegantly throughout the duration of the film. There is never a moment where it threatens to overwhelm competing sounds, and it maintains a good balance so that dialogue comes through clearly. Environmental sounds such as the waves on the beach or birds in the forest are rendered well alongside everything else. Screams from moments of terror are given the appropriate weight in the mix. There does not seem to be any majorly noticeable instances of age-related wear and tear. Kino Classics has given this film the perfectly preserved, faithful audio presentation it deserves. 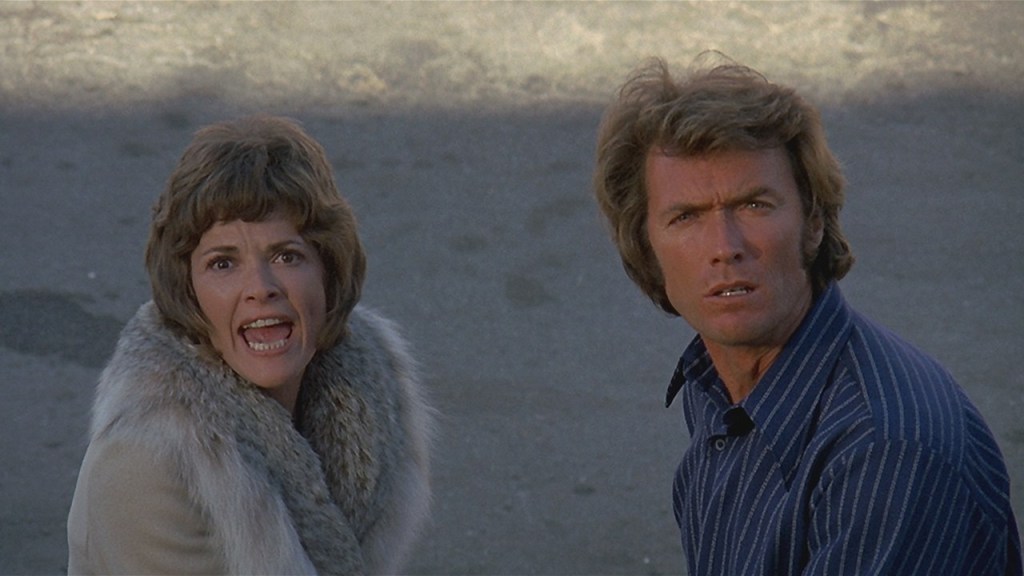 Play Misty For Me is a taut debut from director Clint Eastwood, who mostly avoids any egregious missteps one might associate with a newbie filmmaker. The marvelous performance from Jessica Walters is worth the price of admission, and the story offers enough thrills to satisfy most viewers looking to quicken the pulse. Kino Classics has once again done an excellent job with this new Blu-Ray that offers a grand A/V presentation and an assortment of worthwhile extras. This is an unexpected opening statement from the director that we know so well today, but it is a most welcome one. Recommended

Play Misty For Me is currently available to purchase on Blu-Ray.