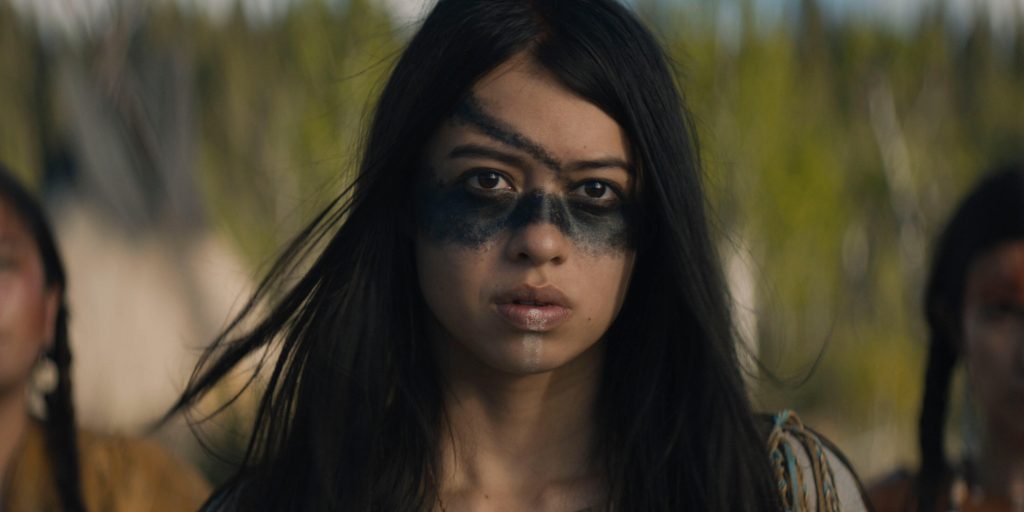 It’s no doubt we have had some big summer releases, but Prey has been the talk of the town for streaming releases, and it’s just made its way to Hulu to stalk its prey (no pun intended.) The film has been praised by both critics and fans of the franchise for not only going back to its roots, fantastic action, and wonderful storytelling. However, arguably one of the best parts of the film is its score by Sarah Schachner. In a recent interview with Variety, Schachner goes into detail how she approached the Predator franchise.

“We were making a Predator film with all the fun gory action and suspense you’d expect, but the music had to simultaneously tell Naru’s emotional story and her evolution,” Schachner said.

Prey, set in the Comanche nation, follows the story of Naru, played by Amber Midthunder. Naru is trying to prove herself as a hunter, but she then receives more than what she asked for when a deadly alien shows up and starts killing for sport. It’s a classic human vs nature story, with a Predator twist, set in 18th century America. That was Schachner’s biggest challenge, she said, was finding the balance of keeping it the large scale of the franchise, but as well as mixing it with the intimately raw nature of the setting/period of the film. Schachner says, “The key was to not be afraid to say something in a film with so little dialogue.”

When is came to Naru theme, Schachner teamed up with the films director Dan Trachtenberg. “Dan and I spent a while collaborating on Naru’s theme. He was adamant that it should feel like a journey; that it starts small and really takes you somewhere,” she said. The funny part is Schachner actually didn’t score the film to what was already shot. Naru’s theme is much longer on the soundtrack than what appears in the final film as she revealed, “They told me they went out and shot more footage to accommodate the length.”

Finally, Schachner goes into detail how she collaborated with Pueblo musician and Native American flute player Robert Mirabal for Prey. “I recorded with Robert on several wind instruments one evening over Zoom and asked him at the end if he sang at all,” she said, adding that his voice was “one of those perfect moments to give that extra layer of depth to the film.”

Even though Prey has only released this week, it’s no doubt it’s quickly becoming one of the best films of the year. And Schachner scores plays a huge part of that adding to the overall tone and atmosphere to this staggering new title in the franchise.

To hear the Schachner’s work you can watch Prey now via Hulu.