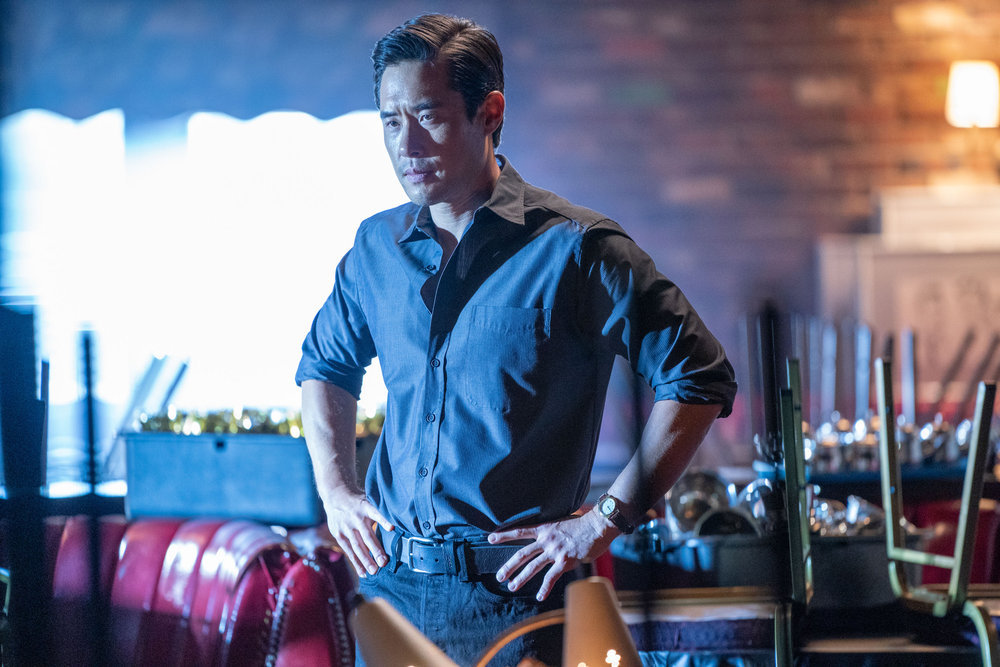 Reboots and revivals are all the rage these days – especially among science fiction, fantasy, and horror properties. So, is it really any surprise to hear that NBC’s finally gotten around to reviving one of its most iconic sci-fi shows, Quantum Leap? Honestly, I’m surprised it’s taken this long for them to do so. The good news is that this new version of Quantum Leap is a deeply enjoyable affair. It’s got a great cast, an intriguing central mystery, and enough time-travel hijinks to please any sci-fi lover. The problem, however, is that it also feels far too safe of a reboot, as though it’s afraid to take the series in a truly new direction.

Nearly thirty years after the events of the original Quantum Leap. a new group of scientists revive the project, hoping to uncover the mysteries its original creator could not. But when Dr. Ben Song (Raymond Lee), the project’s lead physicist, makes an unplanned Leap, the entire project goes topsy-turvy. And soon, it’s a race against time as the rest of the team tries to figure out why Ben made a Leap despite knowing the project wasn’t ready for human testing and, perhaps more importantly, how to get him home again. Much like the original series, Ben’s Leaps take him back in time, where he tries to right historical wrongs while desperately putting the pieces of his shattered memories back together again.

I’ve never seen the original Quantum Leap. But, like anyone who’s into time-travel media, I have a passing familiarity with the show’s general ideas. And from what I can tell, this reboot adheres very closely to the original’s structure – for better or worse. Episode one immediately thrusts Ben back in time, forced to quickly readjust to the life he’s jumped into while trying to prevent a death he knows is supposed to happen. Aiding him is a holographic representation of his fiance and fellow Quantum Leap member, Addison (Caitlin Bassett). And the two of them work together to figure out what Ben needs to do before he’s able to Leap again. The hope, of course, is that when he Leaps, they’ll be able to pull him back to the present day. On the whole, this new Quantum Leap sounds and feels a lot like the old one.

In fact, everything about this new Quantum Leap feels very familiar. To be fair, that’s partly because of how influential the original series was to time-travel media as a whole. But at the same time, it feels like a missed opportunity that this reboot doesn’t try to shake things up from the word go. Instead, we have a list of time travel tropes all used in a very familiar way. And while there’s nothing wrong with a show leaning on successful tropes, it’s always a little disappointing when they’re used as safely as Quantum Leap uses them (especially the whole amnesia thing, one of my least favorite time travel tropes). After only a single episode, it feels far too early to suggest the show won’t eventually do something innovative with these familiar ideas. But as far as first impressions go, I’m not necessarily filled with copious amounts of hope.

Still, that doesn’t take away from how fun this first episode is. From the moment the episode starts, it’s exceedingly easy to just let yourself go and get sucked into this world. Everyone loves the idea of being able to travel back in time and right wrongs and help people. So, the wish-fulfillment aspect of Quantum Leap remains as strong as ever. Plus, there’s the added intrigue of Ben intentionally using Quantum Leap before it’s ready, without telling anyone else on his team. There’s clearly some larger story at play here that’s going to be explored as the season/series progresses. And I love a good sci-fi conspiracy plotline. Hopefully, the show doesn’t make us wait too long before it clues us in on what’s going on.

The Cast is the Show’s Highlight

By far the best aspect of Quantum Leap is its cast – all of whom are absolutely spectacular. Raymond Lee delivers a solid performance as Ben, though it’s hard for the character to make much of an impression given he spends most of the first episode confused as to who, exactly he is. Similarly, Caitlin Bassett is immediately endearing as Addison, and I’m hoping future episodes give her character a bit more room to exist as her own person rather than an aid for Ben. Still, I enjoyed the way this first episode sets up her arc, and Bassett does a remarkable job of unraveling the nuances of Addison’s conflicting emotions here. As for the rest of the ensemble, they’re all equally great. I mean, when you have the likes of Ghostbusters‘ Ernie Hudson and The Sandman‘s Mason Alexander Park among the ensemble, can you really go wrong?

Both Hudson and Park steal almost every scene they’re in – especially Park, whose Ian perfectly walks that line between comedy and genuine emotional drama. While Nanrisa Lee’s Jenn doesn’t make quite as strong an impression as the rest of the ensemble, she still shines brightly. And I’m excited for her character to (hopefully) get more of the spotlight in future episodes. The best part, though, is just how well the ensemble works together. From the get-go, you believe that these people are part of a team. That they all care for each other and have each other’s backs. There’s this shared history that each actor immediately exudes, and that effortless camaraderie goes a long way toward drawing the audience into the story.

If it sounds like I’m being overly harsh on the Quantum Leap reboot, perhaps I am. It’s always unfair to judge a show based solely on its first episode. That being said, the first episode of this new Quantum Leap is solid enough but there’s a lot of room for improvement. I can’t say how faithful it is or isn’t to the original series, but I can say that it doesn’t feel anywhere near as innovative as I assume the original felt. Instead, it feels like a very safe Quantum Leap reboot and a very safe mashup of various time travel tropes.

That being said, though, the first episode is an undeniably enjoyable piece of TV. Every member of the cast delivers a strong performance, immediately endearing their characters to the audience. The show’s overarching plotline is intriguing enough to capture one’s attention. And the very idea of any given episode having the potential to be wildly different than the previous remains the kind of draw network TV thrives on. Is Quantum Leap a total home run out of the gate? No. But there’s a lot of potential here, especially if the writers try to push the series outside of the safety net it currently resides in. Only time will tell, I suppose. Which feels quite apt for a show like this.

"Quantum Leap" is an enjoyable ride despite how safe it feels. As a reboot, it does little to truly differentiate itself from its source material. But the cast are strong enough to grab your attention and the central mystery is intriguing enough to keep you coming back - for now, anyway.