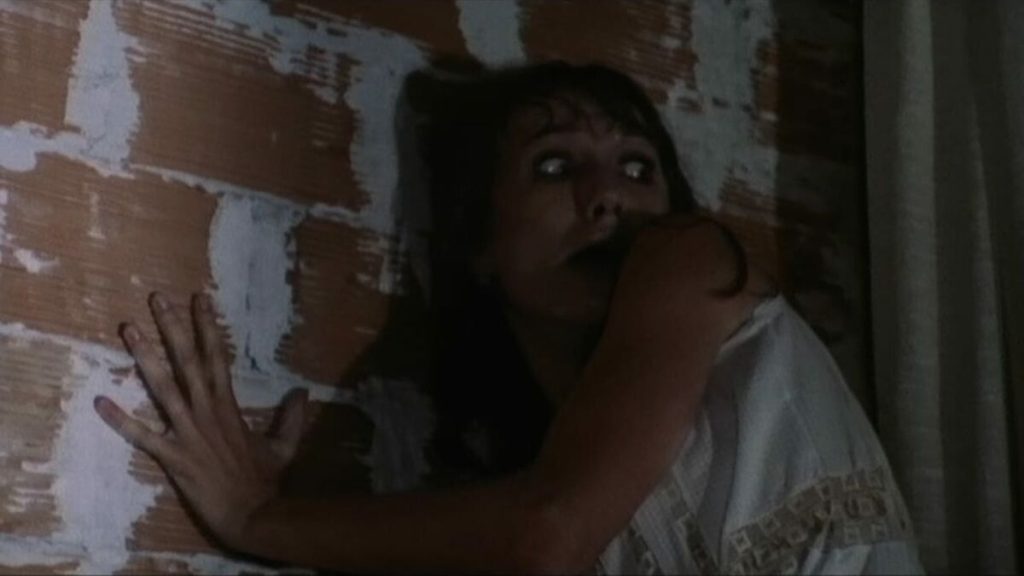 In a career spanning four decades and encompassing virtually every genre under the sun, Mario Bava inspired multiple generations of filmmakers, from Dario Argento to Martin Scorsese and Tim Burton. Best remembered for his gothic horror movies, for his final feature, Shock, he eschewed the grand guignol excesses of Black Sabbath or Blood and Black Lace for a more intimate portrait of mental breakdown in which true horror comes from within. Dora (Daria Nicolodi, Deep Red) moves back into her old family home with her husband, Bruno (John Steiner, Tenebrae), and Marco (David Colin Jr., Beyond the Door), her young son from her previous marriage. But domestic bliss proves elusive as numerous strange and disturbing occurrences transpire, while Dora is haunted by a series of nightmares and hallucinations, many of them involving her dead former husband. Is the house itself possessed? Or does Dora’s increasingly fragile grip on reality originate from somewhere far closer to home? Released in the United States as a sequel to Ovidio G. Assonitis’s Beyond the Door, Shock more than lives up to its name, proving that, even at this late stage in his career, Bava hadn’t lost his touch for terror. Now restored in high definition for the first time, the Maestro of the Macabre’s chilling swansong disturbs like never before in this feature-laden release from Arrow Video.

For thoughts on Shock, please check out our discussion on The Video Attic here. 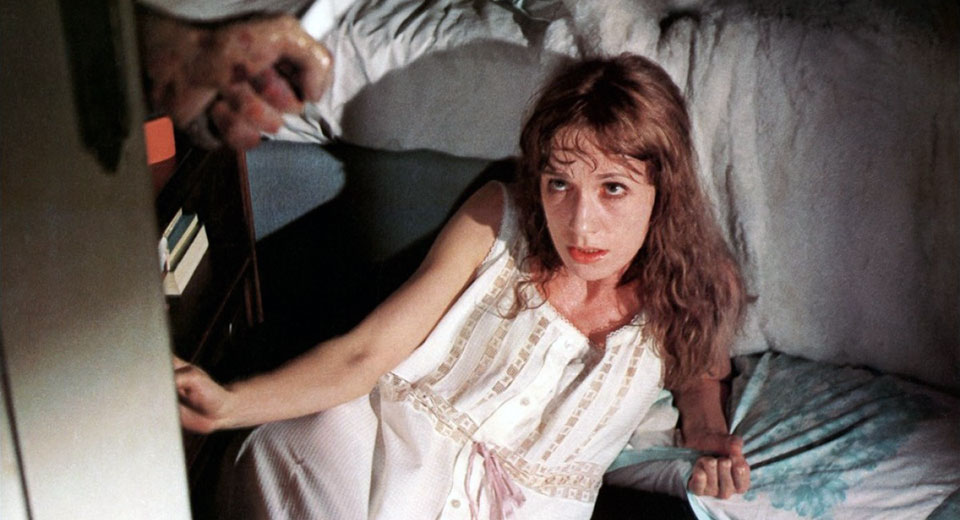 Shock comes to Blu-Ray courtesy of Arrow Video in its original 1.85:1 sourced from an excellent 2K restoration of the original 35mm negative with an additional scan of 35mm intermediary elements for the opening and closing titles in the English language version. The only word to describe this presentation is beautiful. The striking photography which captures the domestic location sparkles in high definition with natural grain intact and nicely resolved. There is a fantastic amount of detail present with nice textures on the clothing and production design. The new transfer shows off a great amount of depth and enhanced detail. There are certain elements like close-up shots of decaying hands that look quite striking in their clarity. Black levels are very deep with no trace of black crush or compression artifacts. The contrast is well defined, and there is virtually no print damage to be found outside a few stray moments. Arrow Video has done a miraculous job with this transfer in a way that should make anyone who decides to pick this release up extremely happy.

This Blu-Ray comes with DTS-HD 1.0 Master Audio mono tracks in English and Italian (with optional English subtitles). Dialogue sounds perfectly clear without sound effects or the score trouncing on important information. The film employs some powerful sound effects in the form of terrifying moments that are given the appropriate weight within the mix. The film is more of a straightforward dialogue-driven affair with only sporadic frights leading up to the climax. The score from Libra comes through nicely in relation to the competing sounds. This presentation presents everything accurately with pleasing fidelity and without damage or other unwanted issues. 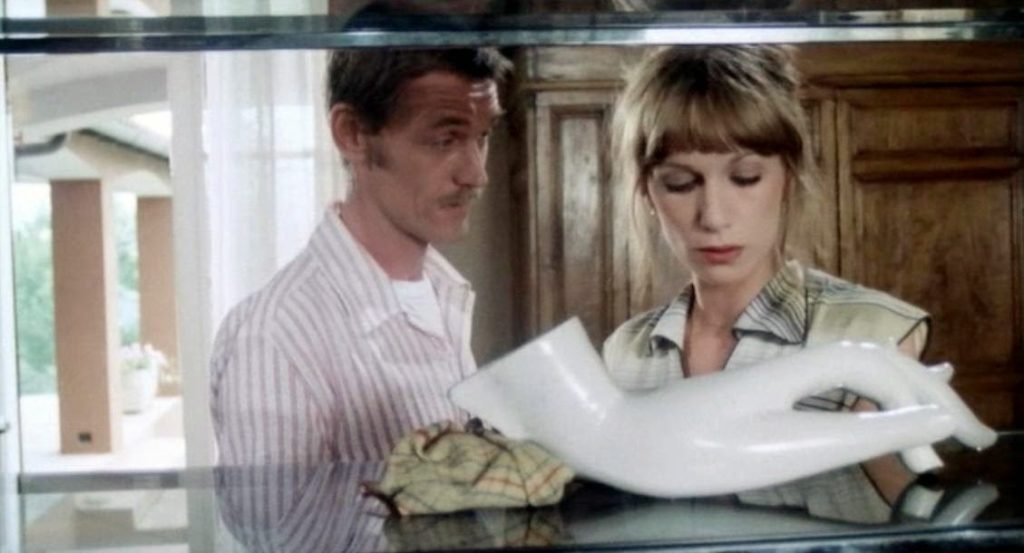 The first-pressing of the Arrow Video Blu-Ray of Shock includes a booklet featuring the essay “Shock Horror à la Bava” by film scholar Troy Howarth. This piece provides a great analysis of the film in the context of the career of Mario Bava, its themes, its legacy and more. The booklet also contains the details of the restoration. The on-disc special features are as follows:

Shock is perhaps best known for being the final film from the legendary Mario Bava, but those who go into it expecting more of the same will be thrown for a loop. This story has some of the traits that made him such an important figure, but the overall change in tone and approach is apparent, perhaps due to a mixture of his age and collaboration with his son, Lamberto Bava. The result is fitfully compelling with some memorably creepy imagery that shows he still had some gas in the tank. There are portions of the film that are a bit underwhelming, but it is still very much worth exploring for fans of the late filmmaker. Arrow Video has released a Blu-Ray featuring a stellar A/V presentation and an array of special features that are as enticing as the feature film itself. If you are a fan of Mario Bava, this release is calling your name. Recommended

Shock is currently available to purchase on Blu-Ray.