‘Station Eleven’ Review: ‘An intimate tale of the global pandemic-apocalypse’ 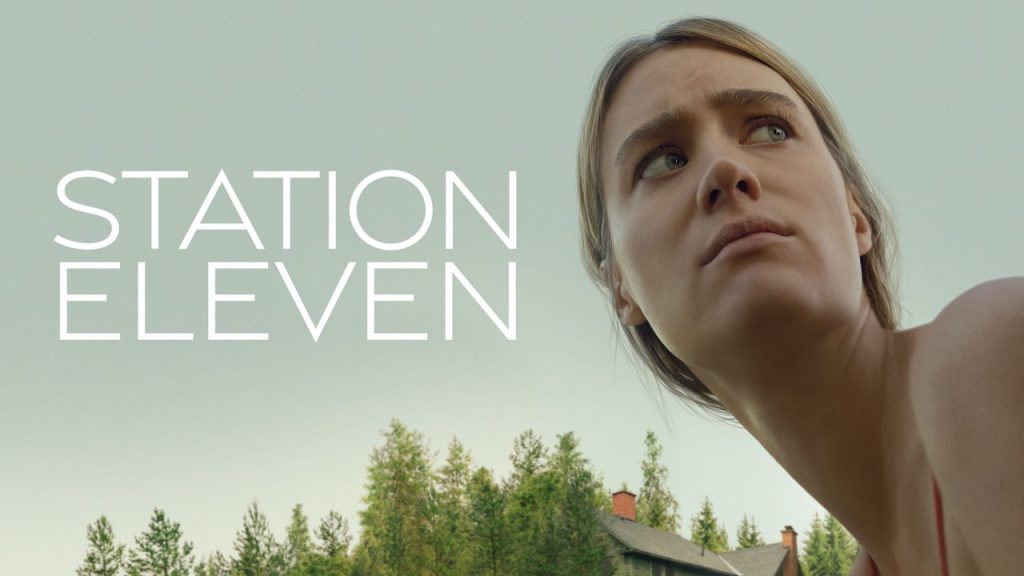 The first episode of “Station Eleven” was hard to watch. It follows the first day of a global, world-ending pandemic through the eyes of a nine-year-old girl and the friendly bystander that offered to take her home. Re-living the apocalyptic doom that has become all too familiar in this pandemic era of our own is understandably the last thing anyone would want. “Station Eleven” makes it worth it.

The show jumps between different timelines and characters that, while otherwise unrelated, are loosely connected through one actor named Arthur Leander (Gael García Bernal). Some episodes follow Arthur’s costar, the nine-year-old Kirsten (Matilda Lawler) and her coincidental caretaker Jeevan (Himesh Patel) in the early days of the apocalypse. Others tackle the life of his first wife Miranda (Danielle Deadwyler) or his best friend Clark (David Wilmot) also in the early days. Others still take place twenty years after the end of the world, following an older Kirsten (Mackenzie Davis) and her troupe of actors and musicians that travel around the post-apocalyptic landscape of Michigan and perform Shakespeare.

There’s certainly a lot to keep track of in the ten-episode miniseries, and it occasionally borders on confusing on its noble quest to destroy routine narrative structure. Even that, though, is part of the show’s charm. It seems to have a bit of a quirky complex, so hellbent on proving itself as unique that it very occasionally misses. For someone who enjoys just a drop of originality in this world of television plagued by remakes and franchise money-grabs, “Station Eleven” is an absolutely delightful ride.

Most apparent is the show’s bright and colorful aesthetic, which Emily VanDerWerff praised in her recent article on the sludgy grayness that overwhelms recent media. Especially in episodes that take place two decades after the world-ending pandemic, the show takes great lengths to highlight the wide range of colors in its post-apocalyptic landscape. It chooses not to highlight the doom of the apocalypse itself but rather focus on the connections that get us through it and the beauty that comes from them. Perhaps its colorful aesthetic is a symptom of its quirky complex, but it’s something fresh that draws the eyes in.

In fact, most elements of the production are spot-on. Davis, the lead actress in most episodes, has come a long way since “Happiest Season,” proving that a good script is half the battle. Her Kirsten is unlike any character I’ve seen before, and Davis does an incredible job navigating her many nuances. Her younger counterpart, Lawler, is also fantastic as a kid who’s had to grow up too quickly. Their performances work together seamlessly to show both cause and effect of Kirsten’s trauma.

The show uses its post-pandemic apocalypse to navigate television’s favorite theme of trauma. For Kirsten, both young and old, performance is a means of coping. The Shakespeare troupe serves many purposes: to bring entertainment to their world, to keep “civilization” alive, and to promote communal healing. Though the themes it navigates are a bit tired, the show is successful at telling its tale in a unique and interesting way. Based on an Emily St. John Mandel novel of the same name, it balances moments of suspense and drama with its characters’ tender relationships.

I have to admit, I’m still a bit confused about its more literary elements, like a certain recurring faceless astronaut. I felt the same way about “The Green Knight,” which has improved dramatically with subsequent viewings. I have no doubt that “Station Eleven” will improve similarly the more it sits with me, and I’m already starting off quite high on it. It’s visually and narratively interesting and paints a picture of the pandemic-apocalypse that doesn’t seem that bad and, at times, seems preferable to our current state.

There’s a real intimacy to this show – it deals with the global apocalypse and the incredibly high stakes that come with that in a very small-scale and low-stakes way. In our own pandemic, where these huge global stakes give us crippling anxiety, “Station Eleven” is a reminder to focus inward, on our own relationships and communities. As we near the two year mark of the COVID, consider the show’s central question: to what extent should we let go of the past?

Emmy is a big fan of all things TV and movies. Among her current favorites are The Matrix, Midsommar, Titane, and Fleabag.  Catch her on Letterboxd @ewenstrup !