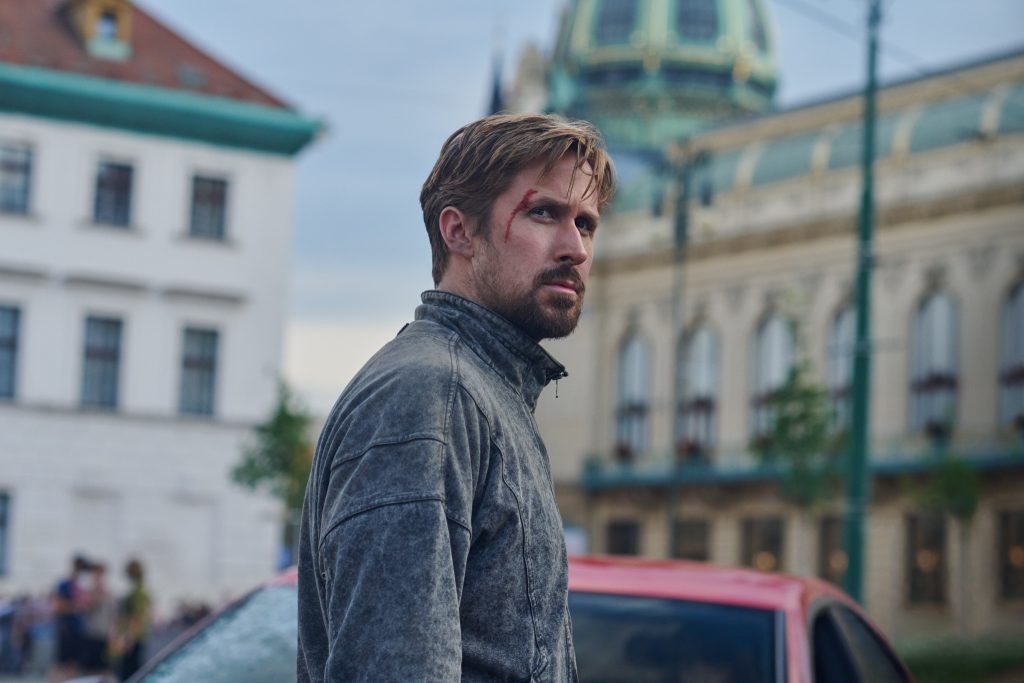 That question sits in the back of your mind while you watch The Gray Man, Netflix’s latest blockbuster. The streaming service gave Joe and Anthony Russo a small fortune to essentially re-create the high-octane action and quippy camaraderie of the Marvel experience. Given the record-breaking success and critical acclaim of their Captain America and Avengers titles, it seems like a wise investment. But how does it look? Critics regularly ding Netflix movies for being rote and forgettable, cogs in the content machine whose impressions last as long as the next film in the queue. $200 million should fix that, right?

$200 million at least gets you a globe-spanning spy thriller with billions of dollars worth of property damage. (So, not much different from a Marvel film.) In The Gray Man, Ryan Gosling plays Sierra Six, a covert CIA mercenary specializing in ruthless killings who goes rogue after uncovering a high-level conspiracy. The duplicitous department head Denny Charmichael (Regé-Jean Page) calls on the dangerous, sociopathic free agent Lloyd Hansen (Chris Evans) to hunt Six down. Six and Lloyd take part in a high-stakes cat-and-mouse game that pulls in several players, like Six’s partner Dani (Ana de Armas) and his former boss/father figure Donald Fitzroy (Billy Bob Thornton). In this game, you trust nothing and no one (except for the explosions popping off every ten or so minutes).

The Gray Man is relentless and aggressive in deploying its action-packed set pieces. The Russos know that audiences are streaming their film to see blood, sweat, and fire, and they deliver the goods. The bombs, bullets, and punches come in a near-rapid clip, with frenetic energy that rivals Captain America: The Winter Soldier or Avengers: Infinity War. The film locks you into what’s happening on the screen, so you don’t miss a brutal blow or booming gunshot by checking your phone. The Russos’ best direction comes through the well-choreographed and tense fight scenes. The editing has a heavy hand, but you don’t lose a handle on space or perspective, making the combat pretty easy to follow. At its best, The Gray Man is quite thrilling.

There are times, however, when the Russos lose grip of their barrage of action. Scenes in the first half can be hard to decipher, with dodgy visuals that even its breakneck pace can’t hide. The Gray Man’s breathless momentum also suffers from its pricey world tour. The first 30 minutes pass through three locations, and it feels like the movie is halfway done. It doesn’t help that many of these expensive locales lack a sense of character. Yes, it’s impressive that the film can hop across continents (marked by obnoxiously large, Russo-standard location cards). But it doesn’t feel like it adds anything but line items to the budget. The film does come alive when the cities’ personalities shine through. Limit the story to Bangkok, Prague, and Croatia; it would’ve been a tighter experience.

The Gray Man’s anonymity is more than a visual problem. Christopher Markus and Stephen McFeely’s screenplay contains every imaginable spy trope without establishing its own identity. Most characters lack distinct or compelling traits, reflecting the sarcastic and dry tone instead of inner life. They try to give Six a moral code through his somewhat close relationship with Donald’s niece Claire, but their flashbacks fit awkwardly within the narrative. Lloyd is easily the movie’s most developed and enjoyable character, but even his lines aren’t great. (“Make him dead” is a howler.) It’s impressive that Chris Evans can say such unserious and bizarre lines with a straight face.

What’s also bizarre about The Gray Man is its Batman v Superman approach to dueling murderous mercenaries. You don’t get much bigger than Gosling and Evans in terms of 2000s-era movie stars, and the two bring the antagonistic sparks when they’re allowed to share the screen. Their two fight scenes are undeniable bright spots in the film. Unfortunately, the Russo often keep them apart, sticking Lloyd behind computer screens and surrounding Six with crumbling rocks. It’s a bit of waste for two actors with such good chemistry.

Speaking of acting, Chris Evans delivers The Gray Man’s best performance by a healthy margin. He is downright gleeful in his embrace of Lloyd’s tortuous tendencies, chewing up every inch of the scenery with gusto. He is both exciting and genuinely menacing when he needs to be. Evans seems to be the only one enjoying themselves, and his sinister energy is infectious. The rest of the cast do what they can. Ryan Gosling wears Six’s stoic sarcasm well, but he is most compelling when he briefly casts it aside. Ana de Armas continues her streak of having the most beguiling screen presence, drawing you into her underwritten character.

So, $200 million gets you a perfectly serviceable action thriller. To its credit, The Gray Man sits near the top of Netflix’s blockbuster catalog, with enough impressive action set pieces and quippy dialogue to keep you reasonably entertained. However, the film’s lack of identity or personality keeps it from being memorable beyond the first or second watch. With that in mind, it makes you wonder whether Netflix is satisfied with its investment. $200 million should offer more than “perfectly serviceable” or “reasonable entertainment.” Ryan Gosling and Chris Evans trading dry barbs and punching each other is a cool novelty, but once it wears off, there’s a nagging suspicion that Netflix overpaid. 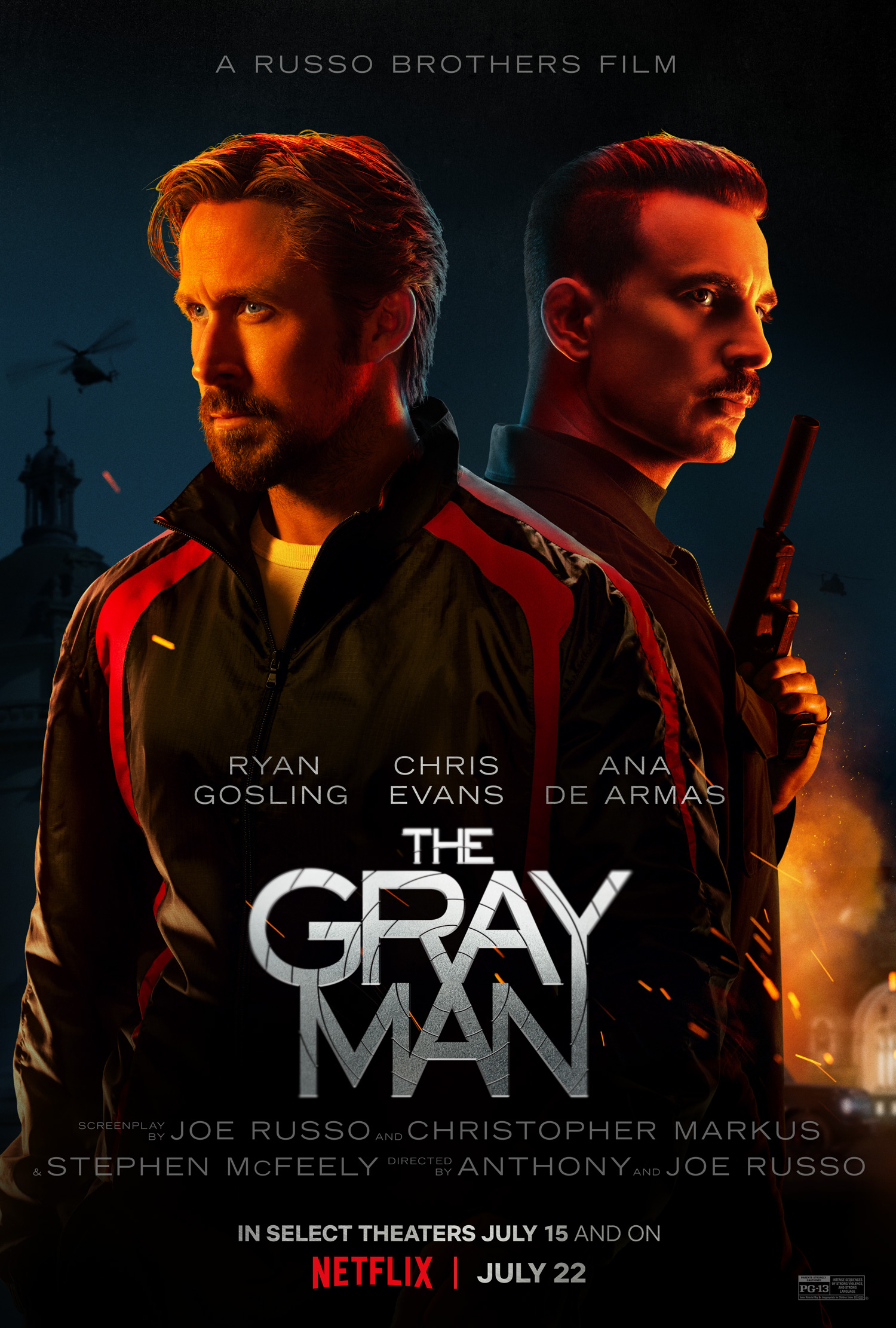 The Gray Man is currently playing in select theaters. It will available to stream globally on Netflix beginning July 22, 2022.