The Most Bet on Sports in The United States 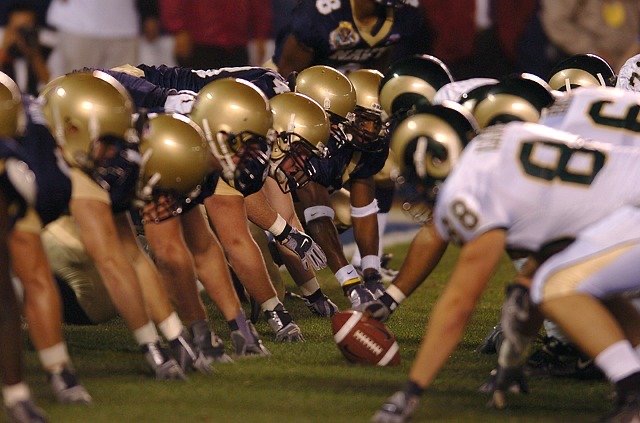 Since the repeal of PASPA in 2018 sports betting has been allowed in all states that have regulated it. This started with New Jersey as online casinos were already regulated, offering players free spins no deposit bonuses, slots, live casino games, and much more. The betting side has been rolling out in other states since that monumental moment in 2018 to today. These include Pennsylvania, Colorado, Delaware, and Indiana to name a few. But, which sports have Americans been betting on since sports betting became legal in these states? That’s what we’re going to look at today.

As expected, America’s favorite sport to bet on is football. After the Super Bowl in February, bettors have to wait until the start of the NCAA and then the NFL to wager on this sport again. Unless you want to bet on the draft too! But, throughout the seasons big money is placed on some games. In fact, looking at the numbers in New Jersey for November and we can see that football is the most bet on with $433.3 million out of the $931.6m in total bets.

Obviously, this is down to the time of year as well, there aren’t many baseball matches on at the moment. Even before sports betting was legal in this many states, big bets were being placed in Nevada. You might have heard the rumor back in 2014 that Floyd Mayweather bet on the Broncos to win the Super Bowl against the Seahawks. It was rumored that he put down $10.4 million on that bet. It’s hard to think someone would stake that much on a game, so we’re in the camp that doesn’t believe it.

Unsurprisingly, basketball is on our list of which sports Americans bet on the most. With the NBA season running from October to March each year (normally), bookmakers see large betting numbers with this and football.

In fact, March Madness refers to the NCAA basketball matches during the month. It is one time of year that basketball hits the headlines in terms of betting numbers. Back in 2015, bloomberg.com looked into how much was wagered on March Madness and estimated that it’s $2.5 billion of illegal bets. That’s huge, for just one month and one sport. Looking at New Jersey’s numbers for the NCAA tournament in 2019, $106 million was placed on it. This was three times the amount wagered on the Super Bowl of 2019.

This number is only going to grow as sports betting becomes more popular in New Jersey, and of course, in other legal betting states.

Baseball is up there in the top five of the most bet on sports in the US. It’s also heavily bet on in Japan. The MLB and College baseball is most bet on, bettors in the US aren’t too interested in baseball odds in other countries like Japan and South Korea.

In fact, ESPN ran a story in July 2020 stating that people were betting $100k on baseball matches at sportsbooks in New Jersey. That’s huge! This was obviously after the casinos reopened due to COVID-19, so maybe people were going crazy after not having anything to bet on due to the stop in the sports season.

Still, it just goes to show that baseball can fill in when the football season is over. We expect this to keep growing as more states introduce sports betting bills.

Even before the repeal of PASPA in 2018, horse racing was already allowed to be bet on at racetracks in states that allowed it. For example, every year at the Kentucky Derby people could wager on which horse to win.

With many hundreds of race tracks around the country, it’s no doubt that horse racing is in the top five of the most bet on sports. That’s what shows when looking at this data from Statista, charting it at number three. Horse racing also happens year-round, whilst this is weather dependent you’ll find some tracks open with their all-weather tracks.