The Top 10 Most Essential Horror Themes Ever 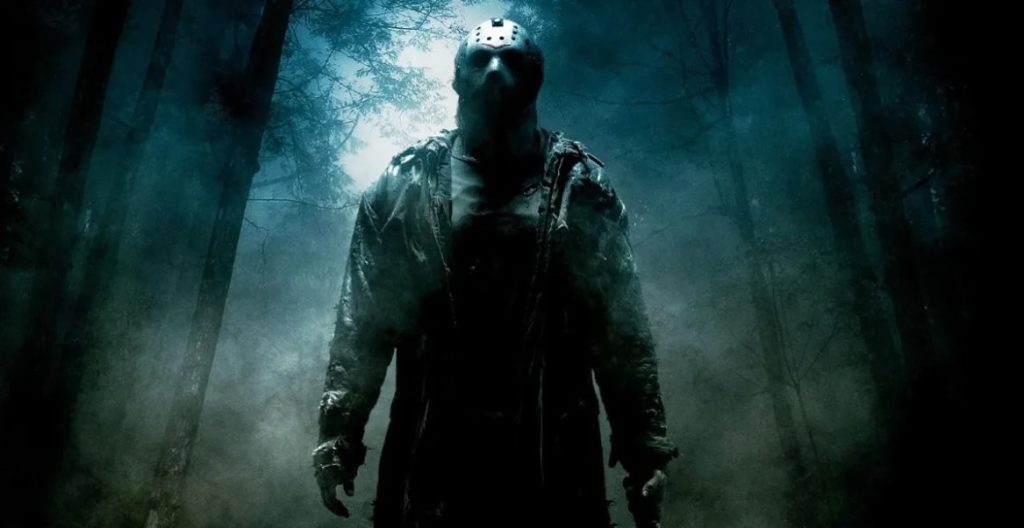 QUICK: Think about a scary theme song, a score. Go…

Do you have that earworm circling your brain now? Will some themes ever get out of your head? The best ones can be whistled or hummed in seconds. That’s because of its impact on a genre and pop culture as a whole. These tunes not only make your butt pucker when you hear them, but the scene–or the diabolical slasher–stays in front of you (or around the corner) for the next few hours.

That’s the power of a score — that theme to always let the audience trouble is looming, something wicked this way comes. ICYMI: the Geek Vibes Nation Listicle Department already created a Top 10 list of famed film score composers. How many of those maestros will be on this list? Turn off the lights, jump on the bed, watch for the Boogeyman, and turn up the music!

Here are the Top 10 most essential horror themes ever:

Easily, one of the most haunting scores and horror themes, from its first note to the last harangue, starts here. Wojciech Kilar‘s opus is this theme — the entire score is meant to be listened to song-after-hypnotizing-song, with no break. Every melody in this score created an impending sense of dread, discord, and a slight tinge of eroticism.

It’s bone-chilling creepy, and soul-swooning beautiful all at once. Francis Ford Coppola knew the music behind this film would be its legacy, and he was right. A lady whose wistful tones become her ruin as she goes mad. A choir that believes instead of angelic hymns, they need to strum up a theme for mixed martial arts. It’s gothic horror at its best. And suck it, Twilight.

The reboot looked completely eerie, and who knew Tilda Swinton was so damn creepy?! Yet, the original 1979 production is legendary among horror fans, as is the synthesizer-gone-subliminal-panting tune by the Italian prog-rock band Goblin.

The movie, in summary, is about an American ballerina tormented by a witch’s coven, so that’s random and lovely. As you listen to the semi-balanced melody, you hear the drivel of what could easily be toddlers who can barely speak, only they have rabies. All that hypnotic “la-la-la-la?” Make it stop! You’ll get the chills so bad your toes will curl into ice cubes. And you may never listen to it again. Or, possibly download the album.

Nothing creeps people out like evil children during All Hallow’s Eve. Have that kid performing hijinks in-beat with a high mass choir chanting in Latin, and you have butt-puckering terror. That’s Jerry Goldsmith‘s (only Grammy Award-winning) composition for The Omen. Back in the day, this movie convinced people that toddlers could be the spawn of Satan. And that theme by that guy was alarmingly scary.

And then, Goldsmith would really break through by composing the inspirational theme for Rudy. Yes, that Rudy!

This is one of those horror themes that make entire subsets of humanity second-guess things, like Church and kids. As if priests were shredding apart their robes Hulk Hogan-style and singing the melody “Ave Satani” (or “Hail Satan” for those not majoring in Latin). If hell had a waiting room, I would assume this is the tormented elevator music you’d hear in the speakers.

What’s more beautiful than the connection between a mother and a child? It is created in-utero and is supposed to last into perpetuity. It’s lovely. It’s beautiful. It’s…possessed of a demon seed?! Why jack with it?! Because it will haunt you to your core!

This is one of those horror themes that show one of the only tropes among twisted film composers–those demented “la-la-la” kids! Imagine a lullaby being “la-la-la-la’d” by the mistress of the underworld. Can you imagine how that would toy with your emotions and make you question everything that is sweet and innocent in this world? That’s what Krzysztof Komeda‘s “Sweet, Safe, and Warm” has done to most people who have seen and heard this terrorizing classic. And now, singing softly by the cradle is just the devil’s work. Thanks, Krys!

(And not for nothing, but this has been my nickname throughout life. My mama’s name is…and now you know.)

Those initial five notes announce Bernard Herrmann‘s avant-garde ‘Prelude’ as we all mentally enter the Bates Motel are some of the most alluring and eerie in all cinema. Mind you, this arrangement sounds off as a doe-eyed Janet Leigh’s Marion Crane is just walking into the motel and signing in for a leisurely stay. (We’ll talk about Ms. Leigh’s baby girl later.)

She — nor we — have any clue of the shower scene set to screech and shriek and plague our hygiene forever from this point. This composition is evocative. The stringed instrumentation alluding to horror will not escape us, only keep us guessing when it hits. You can almost hear Norman Bates (Anthony Perkins) thinking aloud and switching personalities as this music cascades into our souls. Perfection.

For a man known worldwide for spaghetti westerns, Ennio Morricone gets the heart beating faster with this ominous tune from John Carpenter’s masterpiece. That bass line — thump thump — along with the “chiming” of instruments helps build the presence of something, but just like with the shape-shifting oddity of The Thing, you aren’t quite certain just what the hell is going on. And it’s probably created to do just that. And not for nothing, but to see how legendary John Carpenter is in horror, he has another one of the horror themes on this list too. The mastery of this Morricone theme is that it keeps you guessing when a crescendo is about to hit, much like the movie does to anyone who watches it for the first time. Sublime match through and through.

Say it with me, just like you have at least 1,000 times played “scary guy” as a kid and said this theme. You even whispered it, didn’t you? Of course, you did! Whenever you hear that familiar cadence, a horrific death awaits the person on the other side of the corner, door, wall, lake shore, whatever. You may not have known that was actually “composed” by Harry Manfredini, because how hard is it to make that?!

While you may think it was “Chh-chh-chh. Haa-haa-haa,” Manfredini believed the score needed the “stalker’s perspective,” so “kii-kii-kii” is taken from kill, and “maa-maa-maa” is borrowed from mama or mom. See, the original slasher wasn’t Jason but his mother. Like mom, like son. Get it now? You only remember the whisper, but you are scarred by it for the rest of your life. At least by this damn film.

While this shark movie may not be considered “horror,” there’s no denying how it terrified millions after the iconic John Williams‘ build-up straddles your brain. “Dum-bum. [pause] Dum-bum.” Then, faster and faster because no one can swim that fast. The music gets louder and louder because you are about to become lunch.

Then, when you are out of breath, and just when it’s too late, that’s when it dawns on you…  you are taking a bubble bath safe at home, just having a bad dream about a movie you saw two decades ago. That’s the power of imagination and unparalleled skill of John Williams. This tune does that to everyone. And will, for good. Don’t believe me. Go to the lake and count how many Jaws references you hear.

Moral of the story: Jaws was most definitely a horror movie. And it’s all John Williams’ fault.

This one-time “new age” and “uplifting” tune called “Tubular Bells” by Mike Oldfield became forever engraved in our hearts (and Baphomet mix tapes played in porches, parties, and the random coven meeting) thanks to The Exorcist. Just play it. This gem among the horror themes sound like there is a sinister presence in your room looming behind you. Like, right now. DUCK!

Feel the panic attack coming? That piercing sound of those high keys getting thumped on the piano makes the hairs on the back of your neck stand at attention. There’s no choice: Sweat bubbles on your brow. The nerves get bunched. Your throat gets dry. And you start looking for the icy breath every time you exhale because you know what’s coming next. It’s death. It’s coming. You’re next. And so is that nasty split pea soup she spits up in the movie.

This theme makes “tickling of the ivories” as creepy as it gets. Arguably — and this is our argument — no theme is more iconic and used as pop-culture references to scare the bejebus out of someone than the title tune for the holiday itself. Everyone knows this theme of synthesizers and uneven rattling of stalking and leering. It races into our minds and brings instant stress. Michael Myers is coming. You have to look over your shoulder. And be honest, there’s nothing you can do about it.

This classic John Carpenter theme took three days for the man to create. Yes, he did it personally — and it’s not even his day job! The swath of high-pitched dings solidifies one sole fact of desperation — you’re dead, and this is usually the soundtrack that comes with it. Fitting John Carpenter wins this contest as well.

P.S. Oh, remember talking about the lady in the shower from Psycho? Her real-life baby girl is Laurie Stroud herself, Jamie Lee Curtis. You’re welcome.