The Top 10 Narrated Movies of All Time 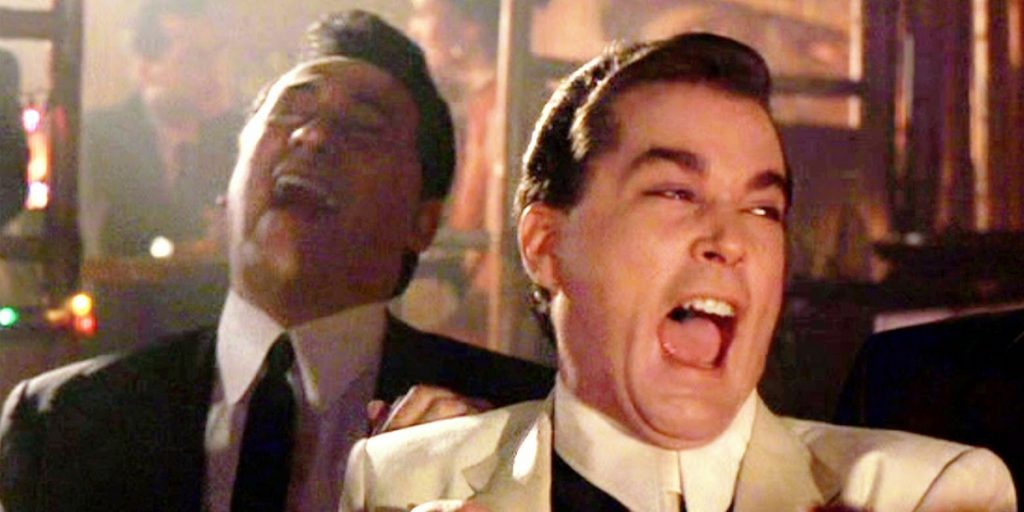 It’s been a couple of weeks since we heard the dreadful news about Ray Liotta‘s unsuspecting death at 67. For most people, the saddening announcement conjured ideas of “the best laugh,” “the best gangster film,” “the best sports films,” or even the “time Martin Scorsese was cheated out of Best Director and forced to settle for a far inferior movie in The Departed.“

My thought? Goodfellas is one of the best-narrated movies ever! If you have seen Goodfellas, you know the movie’s silver bullet is the storytelling of Ray Liotta. His narration was so fluid and full of oratory genius. Cinephiles and critics forgot his script was adapted from a book titled Wiseguy. They probably thought it was him winging it in front of a microphone sipping a Southside Fizz (Capone’s favorite) and blazing a Stogie.

More on that dynamic masterpiece later, as it will undoubtedly be on this Top 10 list, but this seems to be the one aspect of Liotta’s career that critics have overlooked the most. Let’s stop that trend now. People need to investigate the storytellers behind the story. We need to hear the voice leading us through the vision. And if you don’t think Ray Liotta didn’t provide us with one of the best movie laughs in Goodfellas, we can’t be friends.

These are the Top 10 Narrated Movies of All Time.

Listing these films was a much more difficult decision than it should have been, at least that’s what I thought when the pen first hit the paper. Or, fingers hit the keyboard. Like, I’m not a prehistoric Cro-Magnum man.

If you start making this list, you forget the golden characters whose narration made your past movies, such as Adaptation, Trainspotting, The Big Lebowski, Kiss Kiss Bang Bang, Casino, or Stanley Kubrick’s masterpiece A Clockwork Orange.

The key to this Top 10 list is this: Can you imagine that movie without the narration? And if that narrator wasn’t that character, would it have ruined the movie? This list isn’t about the film’s greatness itself. We are talking about narrated movies, so the spotlight is on the narrator. We need to take the character’s path, a marvelous story within the main story.

Richard Dreyfuss has a soothing voice, and as Gordie LaChance (the adult version), his tone was elemental to the movie. The autobiographical moment in time by Stephen King is a tale of four boys and one dead body. And Rob Reiner directed it, so it’s easy to believe this was an instant classic when it was released.

The boys–Wil Wheaton (the realized young Stephen King), River Phoenix (yes, Joaquin’s deceased brother), Jerry O’Connell (so, he had a glow up), Corey Feldman (the outspoken one)–begin a trek in 1959 down a rural railroad track to find a rumored body of a dead teenager. This movie transcends the idea of the now overused “coming of age” story and shows the path a person must take to realize the core of their character.

Take the summation quote of the entire movie from the elder Gordie (Dreyfuss/Wheaton/King): “I never had any friends later on like the ones I had when I was 12. Jesus, does anyone?” The answer is “no,” and this magical journey is why.

Can you possibly imagine this movie without the verbal meandering and Lincoln Log building of Travis Bickle (Robert De Niro)? That’s what this list means! Taxi Driver is an all-time classic. Now, watch it on mute. You can still hear his endless monologues of despair discussing the rain washing the scum off the streets. That’s the brooding power of his words. I wonder if that’s where we get the word “Bickering.” It would make sense.

Yes, this is a fairy tale, but the lovely note is that Rob Reiner doesn’t stray from that fact. This book of vivid imagination captivates a grandson (Fred Savage) as read to him by his consoling and loving grandfather (Peter Salk). This is a fascinating journey, and we are honored to eavesdrop the entire way. It’s beautiful, and like most fairy tales, it’s ageless ready to be heard at any time–as you wish.

“Saigon.” When Captain Williard (Martin Sheen) bellows that raspy word conveying a myriad of emotions, we know the movie will be a visceral nightmare led by a narrator’s gruesome dream. The most misunderstood military conflict in American history seems to make sense through the sensible, haunting words Williard lends us all. He leads the way through the eerie jungle, the murkier psyche of his platoon, and “the horror” of it all with zeal and passion in the last place where you would expect both.

Most of these narration movies flex their storytelling talent to provide a spotlight on our journey and direct us through the maze of what is about to unfold. And then there’s Patrick Bateman (Christian Bale). His voice-over work is just as sleazy and self-absorbed as his characterization before he goes full bat-ess crazy. If the sinister humor and endless rants about Huey Lewis and the News didn’t exist, Mr. Bateman would have been just another serial killer in the movies. Fortunately, that didn’t happen at all.

Do Scorsese and Francis Ford Coppola play poker, smoke Ferio Tegos, and dare to one-up in movies? They are two of the most respected directors ever and, easily, the auteurs of film narration. In this amazingly well-done biopic was the penny stock bloodsucking vulture Jordan Belfort (Leonardo DiCaprio). The movie is three hours of shock value. Yet, Belfort’s narration in casual “eff off” Northeastern is the calming storm amid this profane, hilarious, and evocative tempest of learning how to make your bank account look like your phone number.

Yes, Kevin Spacey was canceled for damn good reasons. However, let’s remove the rose-colored glasses here: He was mesmerizing as the gang mouse named “Verbal” in this David Fincher mind-twisting classic, right up to the oh-hells-no-he-did-not ending. (Still, one of the only endings better than The Sixth Sense.) And the narration of this movie almost acts as the seat belt, so you don’t fall away from the screen believing you know how to solve the film’s mystery. Trust that you don’t, and the brilliant storytelling creates the head fake that proves it.

We’ve shared Coppola and Scorsese as masters of the narrative film, but David Fincher is no slouch–he’s the force behind two of these films, and they are both marvelous with a frontal lobotomy ending. Edward Norton is so adept and skilled at narrating and taking us on a jacked-up journey that you miss all the subtle hints his character drops about his peculiar relationship with Tyler Durden (Brad Pitt). The more he talks, the less you understand. Then, when the bottom drops on the story (hard), you realize the narrator was honest with you the entire time.

Few films stir up the wholesome feels of this iconic Yuletide film. The adult voice of Ralphie (Peter Billingsley) was a genius whirlwind of biting sarcasm, educated witticisms, and tumultuous groanings of a 50-something through the wide eyes of a 12-year-old boy–who is going on 50-something. It’s a masterpiece, so you know the top two narrated movies must be legendary (and they are).

Fun fact: The movie was adapted from a book by Jean Shepherd entitled In God We Trust: All Others Pay Cash. The screenplay was so captivating that Shepherd narrates the entire film–and he was perfect. Not for nothing, but see Santa up there in Higbee’s? That’s Jean Shepherd.

Please scroll up and read it all. From the moment Ray Liotta shares his iconic first words/thoughts, “As far back as I can remember, I always wanted to be a gangster,” we knew this would be a different film. Ray’s character, Henry Hill, led us through the life journey of the real-life “Wiseguy,” and it was the best. Can you imagine that film without Ray’s voice? It would have sucked. And then, when Ray/Henry breaks the fourth wall in court? This film was one of the best-narrated movies and many other cinephile lists.

Maybe it was Morgan Freeman‘s dulcet tones. Perhaps the reason was the eloquent screenplay that took two Stephen King books to create. And it even could have been the all-star cast. Although it’s challenging to say the top reason, there is no denying this magnificent film as the top seed on the best-narrated movies list. The evocative way “Red” shares his innermost thoughts about his journey in prison, ideas about life, and how he grows with his friend, Andy Dufresne (Tim Robbins), is among some of the most compelling oratory you’ll hear in a long time at the movies. Among narrated films, there isn’t one better.