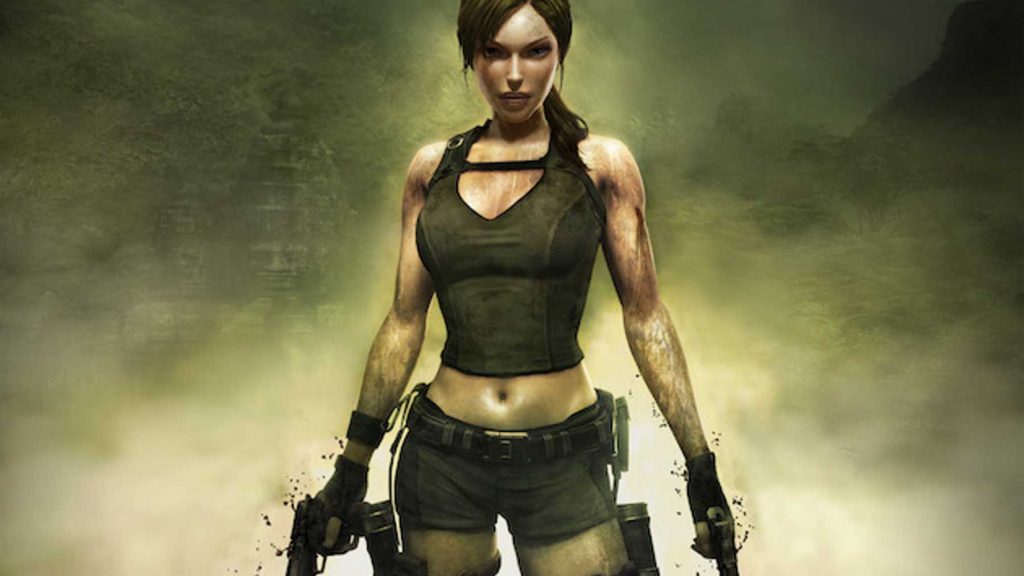 The video gaming industry has produced dozens of unforgettable personas, ranging from Doom Guy and Master Chief to Lara Croft or Geralt of Rivia. While players engage in hours of fierce gameplay, they build specific connections to such charismatic personas. What is more striking is that the gaming industry gave birth to some of the most appealing and visually compelling women. With dozens of gaming series, such as Overwatch, Tomb Raider, Witcher 3, or Mortal Kombat, gamers ultimately adore these personas for their appearances. If you are not a gamer on your own, below, you can find the top seven most appealing female game characters, as follows. 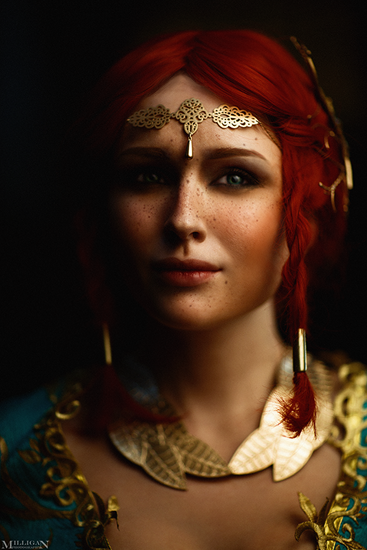 Sapkowski’s iconic novels regarding the adventures of Geralt of Rivia introduced plenty of recognizable personas. One of the most fan-popular ones is Triss Merigold, Geralt’s partner from the series’s second installment. Even though Triss appears as one of the possible partners in the iconic Witcher 3: Wild Hunt, fans most liked her appearance in the previous game. Except for her recognizable appearance, Triss is also a symbol of kindness and compassion, the traits which are so rare in the Wicher universe. Bear in mind that scriptwriters have also done a great job writing some unforgettable dialogs and romantic scenes between Geralt and Triss. 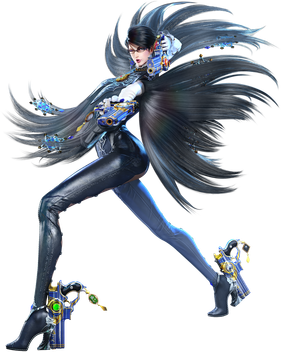 Undoubtedly, most DMC fans have tried playing Bayonetta solely because of the main character. The same-name woman is powerful, wielding two guns, sharp blades, and other weaponry. Her cold-minded personality is something that makes this game such a recognizable slasher enjoyed by thousands of fans. As Bayonetta progresses throughout the plot, players get access to new athletic moves and fascinating weapon modifications. Overall, Bayonetta’s appearance as a series for Nintendo Switch is a fascinating example of how a single character can push modernity’s game design standards. 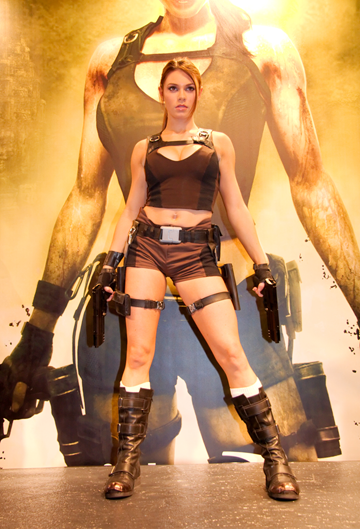 It is no surprise that Lara Croft is one of the most famous personas the gaming industry has produced. Most people associated Tomb Raider and its exciting adventures solely with Lara Croft. She has become a staple of the industry since 1996, when the first-ever game featuring her was released. Over the last years, this franchise got a few new games, all featuring Lara Croft as the main character.

The popularity of her image was so widespread that most GameCon events now feature her cosplays the most. Over the last years, the digital culture produced an image of Lara Croft as a role model, eventually featuring plenty of related cosplays. Who knows, maybe your next date after reading a review of a specific dating site at HookupMasters would feature a meetup with yet another Lara Croft cosplayer. After all, meeting a girl cosplaying her outstanding appearance and worldwide recognizability is an experience most gamers would like to have. 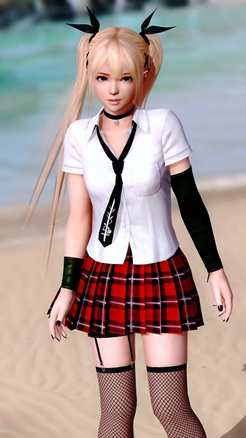 When it comes to the franchise that got the most significant number of appealing women, Dead or Alive stands out the most. This fighting series features a wide range of women beloved by thousands of fans across the globe. According to various polls, some of the most famous Dead or Alive girls are Marie Rose, Honoka, and Kasumi. Since it is so problematic to differentiate between them and outline the most recognizable one, all Dead or Live girls deserve to be on this list. In case you haven’t played Dead or Alive before, it’s the right time to start, joining a battle with one of the fascinating girls represented in the character selection menu. 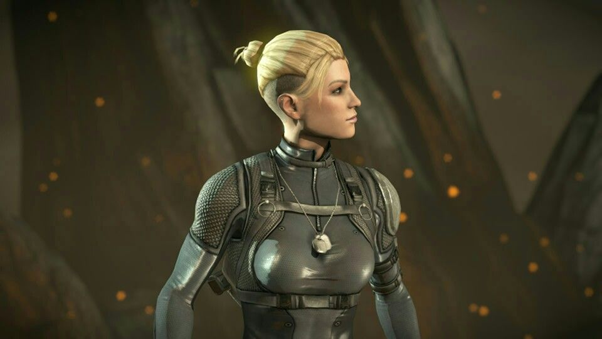 Mortal Kombat is a franchise synonymous with gore, excessive brutality, and engaging gameplay. What is more striking is that it features dozens of women that provide unique gaming options. While reviewing the most popular MK games, Cassie Cage seems to be a unique persona, which can hardly be compared to Kitana or Meleena. What differentiates Cassie Cage from other fighters is exciting lore, an adventurous background, and a distinctive fighting style. If you add a sexy appearance in addition to these perks, Cassie Cage will become a perfect fighter capable of delivering a superb gameplay experience. After all, being a daughter of Sonia Blade and Johnny Cage allowed her to inherit her iconic parents’ best traits. 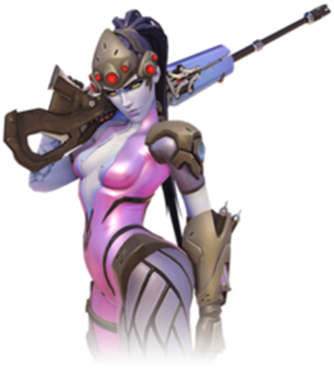 While reviewing the list of Overwatch personas, Widowmaker is one of the most famous ones. Even though other females also have their unique perks and talents, high-velocity gameplay as a Widowmaker genuinely intrigues Overwatch fans. Among other available characters, Widowmaker made an appearance in dozens of fan-made games and cinematics.

It seems that players enjoyed not only the gameplay perks of Widowmaker but also her strong personality and recognizable look. If you have never tried enjoying such games as Overwatch before, be sure to start your adventure with what Widowmaker has to offer. After all, the fast-paced gameplay won’t disappoint you once you choose this high-DPS persona with exceptional speed and mobility. 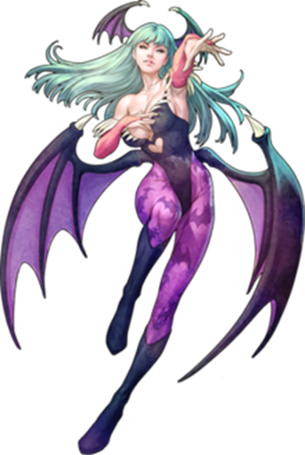 All fans of Dragon Age adore its range of females represented in a total of three installments of this franchise. One of the most recognizable personas is Morrigan, a witch who is also a companion of the Grey Warden in Dragon Age: Origins. Since Morrigan also appears as a helping hand in Dragon Age: Inquisition, fans enjoy what Bioware offers through the lens of this witch.

She has magical capacities of transforming into various creatures, whereas having a romance with her is an option for a male Warden. Fans of the RPG adventures adore Morrigan for her dialogues, overall wittiness, and burlesque sense of humor. After all, it seems that Bioware conducted drastic efforts to create Morrigan, a fan-favorite of the entire Dragon Age universe.

In case you’re not a gamer, it’s never too late to start enjoying one of the impressive gaming titles. All franchises mentioned earlier are perfect introductions to this far-reaching industry. Except for engaging gameplay, they also offer variously recognizable personas, especially the female ones. Once you’re up for enjoying fun gameplay, concurrently playing as or alongside a sexy woman, choosing one of the mentioned titles is necessary. Either Triss Merigold, Widowmaker, or Cassie Cage is capable of delivering a top-notch experience. If you’re looking for sexy companions or playable characters, the mentioned list would be handy. 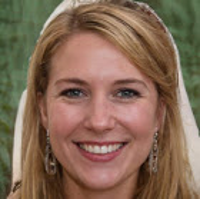 “A brand for a company is like a reputation for a person. You earn reputation by trying to do hard things well.” – Jeff Bezos.