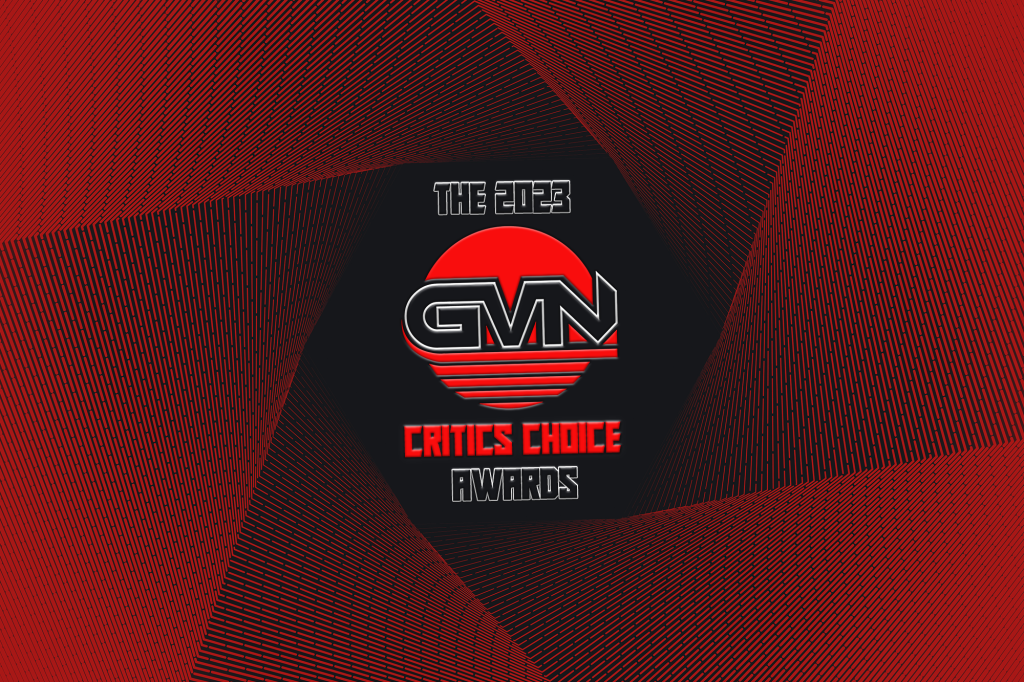 Geek Vibes Nation is proud to announce the nominees for our first ever Geek Vibes Nation Critics Choice Awards, a celebration of achievement in film from the previous year. We are excited to begin this new yearly tradition of recognizing and awarding the brightest talent across our favorite films, starting with 2022’s phenomenal season. Organized by Editor-in-Chief Cainan Myracle and Senior Critic Larry Fried, nominations were held throughout December and awards will be announced at a later date in January.

In our first year, we are ecstatic to be recognizing over 60 films through 30 individual categories. Leading the pack is Everything Everywhere All at Once with a whopping 17 nominations, including Best Picture, followed closely by The Batman at 12 and Babylon at 11, also Best Picture nominees. Other heavily decorated films include Top Gun: Maverick, Women Talking, and The Woman King. We are also thrilled to be highlighting several films that have gone overlooked during this year’s awards season, including Best Picture nominees Good Luck To You, Leo Grande and Cha Cha Real Smooth, both of which have four nominations.

We are also very pleased to be recognizing a diverse array of talent across our nominees, something we have failed to see from several major voting bodies this season. Along with two of our Best Picture nominees being directed by women, two of our Best Director nominees are women as well. In fact, we are recognizing many women across other categories, including both Screenplay categories, Best Cinematography, and Best Original Score. In addition, 50% of our thirty performance nominees are actors or actresses of color. We are happy to be recognizing two directors of color as well.

Along with diversity in race and gender, GVN is also determined to recognize diversity in genre. Across our four special Genre Achievement categories, we recognize year-round fan-favorites in action/adventure, science fiction/fantasy, comedy, and horror filmmaking. These are genres that bring us some of the year’s most memorable films, yet are hardly ever recognized by voting bodies. Nominated films this year include Pearl, The Northman, Nope, Bros, and many others.

The GVN Critics Choice Awards also includes a few unique categories not often seen during awards season, including Best Stunt Work or Fight Choreography, Best Use of a Pre-Existing Song in a Film, and Best Vocal or Motion Capture Performance. One special award we will be including this year is our GVN Audience Award, in which our readers and viewers will get the opportunity to submit their vote for the best film of the year. Use this link to submit YOUR choice!

The GVN CCA voting body consists of the over 20 critics currently contributing to Geek Vibes Nation. Each voter was given access to a secure, private voting link in which they were given the opportunity to nominate films and talent using a personalized write-in ballot. These ballots were then tabulated through a preferential voting system.

See below for the full list of categories and nominees.

Good Luck To You, Leo Grande

Daniel Kwan and Daniel Scheinert, Everything Everywhere All at Once

Colin Farrell, The Banshees of Inisherin

Michelle Yeoh, Everything Everywhere All at Once

Brendan Gleeson, The Banshees of Inisherin

Ke Huy Quan, Everything Everywhere All at Once

Stephanie Hsu, Everything Everywhere All at Once

Note: Performances nominated in other acting categories are not eligible for Best Breakthrough Performance

Jenny Slate, Marcel the Shell with Shoes On

Glass Onion: A Knives Out Mystery

Daniel Kwan and Daniel Scheinert, Everything Everywhere All at Once

Rian Johnson (based on characters written by Johnson), Glass Onion

Rebecca Lenkiewicz (based on the book by Jodi Kantor and Megan Twohey, and the New York Times investigation by Kantor, Twohey and Rebecca Corbett), She Said

Matt Reeves, Peter Craig, (based on the characters created by Bob Kane and Bill Finger), The Batman

Sarah Polley (based on the novel by Miriam Toews), Women Talking

Marcel the Shell with Shoes On

Puss in Boots: The Last Wish

All Quiet on the Western Front

Son Lux, Everything Everywhere All at Once

“Lift Me Up” by Rhianna, Black Panther: Wakanda Forever

“This Is A Life” by Son Lux, Everything Everywhere All at Once

Best Use of a Pre-Existing Song in a Film

“Knuck If You Buck” by Crime Mob ft. Lil Scrappy, Honk For Jesus. Save Your Soul.

“Something In The Way” by Nirvana, The Batman

Jason Isvarday and Kelsi Ephraim, Everything Everywhere All at Once

Michelle Chung and Anissa Salazar, Everything Everywhere All at Once

Shirley Kurata, Everything Everywhere All at Once

Paul Rogers, Everything Everywhere All at Once

Brent Kiser, Andrew Twite, Stephen Nelson, Alexandra Fehrman, and Ian Chase, Everything Everywhere All at Once

Zak Stoltz, Ethan Feldbau, Benjamin Brewer, Jeff Desom, Everything Everywhere All at Once

Timothy Eulich, Andy Le, and Brian Le, Everything Everywhere All at Once

The Banshees of Inisherin

Achievement in Action or Adventure

Achievement in Science Fiction or Fantasy

Avatar: The Way of Water