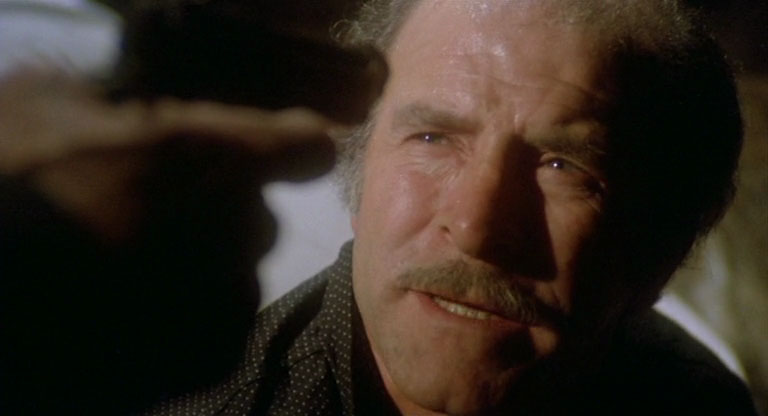 Naples, Italy: An idealistic cigarette smuggler, Luca, runs into problems when a sadistic drug dealing gangster from France decides to muscle his way into operations. As he tries to wipe out the competition, all hell breaks loose and the bodies start piling up ! Luca joins forces with rival smugglers and the local mafia to counteract the power play, which only increases the body count until the explosive gun powder and gut bursting conclusion ! Directed by Lucio Fulci (The Beyond), Contraband stars Fabio Testi (The Big Racket), Marcel Bozzuffi (The French Connection), Ivana Monti (Five Days in Milan), and Saverio Marconi (Padre Padrone). Featuring gruesome practical special effects by Germano Natali (Deep Red) and Roberto Pace (Body Count), with music by legendary composer Fabio Frizzi, Contraband is a hard hitting mafia story filmed through the eye of an unrelenting horror master – you have been warned ! Contraband makes its worldwide Blu-ray debut via Cauldron Films, restored from a 4K scan of the negative. WARNING: Contraband contains scenes of graphic violence. It is Lucio Fulci…UNFILTERED

For thoughts on Contraband (1980), please check out our discussion on The Video Attic:

Contraband (1980) arrives on Blu-Ray thanks to Cauldron Films with a gorgeous 1080p master sourced from a 4K restoration of the original negative. This particular release is a standard version of an exclusive release from the label earlier this year. While this has long been a title that many Lucio Fulci fans feared might not be able to be given a proper release thanks to the conditions of the source elements, Cauldron Films has come through with a knockout transfer that exceeds all expectations. The gritty photography captures the violent remains of the ‘70s era of Italy which shines in high definition with natural grain intact and nicely resolved. There are moments that spike ever so slightly when it comes to darker moments, but these instances are fairly brief. The contrast is well defined, and there is very little print damage to be found outside a few stray moments of subtle nicks and scratches.

There is a striking amount of detail present with nice textures on the clothing, both in the fancy suits of some of the villains to the more modest street clothing of our protagonist. There is also a grand amount of depth added to the environments, but admittedly the close-up shots hold up better than the long shots and brief optical shots. There are certain elements such as burned flesh or gunshot wounds that look quite grotesque in their clarity. Black levels are deep with no trace of black crush or compression artifacts. Some very minor color temperature fluctuations give certain darker scenes a more milky appearance, but, for the most part, this is not an issue. Cauldron Films has done an impressive job with this transfer in a way that should make fans who have been waiting for more from Fulci extremely happy.

Contraband (1980) comes with a LPCM 2.0 mono track in the original Italian with an additional English language option for those who do not care for subtitles. While we always advocate sticking with the original intended audio for creative purity, we can also say the Italian track is much more sonically pleasing than the very weak English dub. At least the more important Italian track represents this vile world in a pretty impressive way sonically. The film appears to have its dialogue post-looped which results in some loose sync instances that may be annoying to some, but it is a product of this period in filmmaking.

The environments which hold the action create a din of sound that creeps through to provide some excellent ambient details. All of the various sounds in the mix seem accurately rendered so that nothing ever feels artificial. The dialogue itself comes through clearly without being crushed by the sound effects or score. There are many powerful moments of gunshots that make an impact without becoming a muddled mess in the ensuing chaos. The effective music throughout brings a very distinct mood to the proceedings that is represented favorably in the mix. The main track  is presented with an excellent fidelity with only the occasional instance of sound presenting as a bit thin or boxy. This presentation is mostly free of any hiss or other age-related wear-and-tear. Cauldron Films has treated this one with respect. 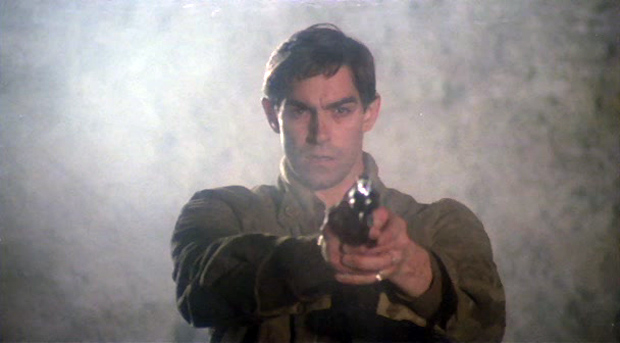 Contraband (1980) is your classic Italian crime film through the gnarled, disgusting lens of Lucio Fulci – which is a compliment. While certainly not for the squeamish, this violent power struggle is very engaging for those willing to take the journey. Fabio Testi is a very charismatic leading man who maintains your sympathies even when you know he is not a traditional “good” person. The level of shocking violence on screen is impressive, as Fulci uses his horror roots to bring carnage to a different genre. Cauldron Films has a Blu-Ray with a top notch A/V presentation and engrossing special features. Fans of the iconic director will love this release. Recommended

Contraband (1980) is currently available to purchase on Blu-Ray.

Disclaimer: Cauldron Films has supplied a copy of this set free of charge for review purposes. All opinions in this review are the honest reactions of the author.