Fast & Furious: Crossroads – All You Need to Know Before the Launch 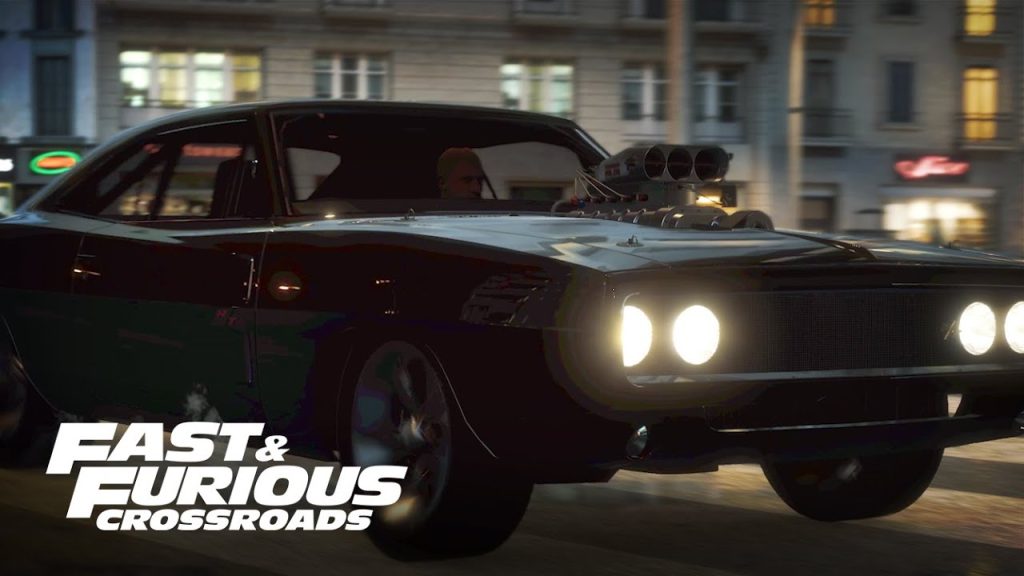 While most Fast & Furious fans are frothing at the mouth for F9, along with the introduction of John Cena in the Saga, gearheads will soon have a family-sized snack to tide them over in the form of Fast & Furious Crossroads.

The game, whose original release date was pushed back due to COVID-19, will be crossing the finish line onto PC, PS4, and Xbox One on August 7. Only a few information has been released since the announcement of the new release date, but since the date is fast approaching, we think it’s worth reviewing what we know so far.

You wouldn’t be faulted for thinking Crossroads is going to be a racing game. After all, car driving games based on a movie series that’s all about going real fast and acting real furious sounds like it should feature real racing. However, Slightly Mad Studios Creative Director, Andy Tudor, posted on a Reddit thread that the game is an “action game seen through the prism of cars.”

In that same thread, Tudor—who has worked on games such as Project Cars, Need For Speed, and Test Drive—posted a picture of a whiteboard with the game’s “core values.” It’s filled with words like “Family,” “Freedom,” “Loyalty,” and “Redemption,” but nowhere in the board does it mention speed, races, 1st place, or gear-shifting.

Based on all this and the gameplay showcase, it looks like Crossroads will feature plenty of objective-based heists centered around the strategic use of car gadgets and other cooldown abilities. The UI tells us that players can hot-swap between characters in the crew, each with unique talents. And yes, there will be a multiplayer feature.

Is the original crew going to show up in the game?

Dom, Letty, and Roman are confirmed to be present in Crossroads. They will be voiced by the actors from the original movie cast—Vin Diesel, Michelle Rodriguez, and Tyrese Gibson, respectively. While we haven’t seen any indication that the rest of the Toretto family will show up in-game, there are references to Brian, Tej, and others on the website.

There are also two new crew members that will make their debut in Crossroads. Cam Stone, voiced by Asia Kate Dillon of “Orange Is the New Black” and “Billions”, is a rebel waiting for a cause. Vienna Cole, voiced by Sonequa Martin-Green of “The Walking Dead”, wishes she could turn back time. These two adoptive sisters join Dom and the gang to help Sebastian Miro, Vienna’s beau, out of some serious trouble.

Is the game canon to the movie series?

While plot details from both Crossroads as well as F9—whose script was written in conjunction with the game—are scarce, Tudor confirms that the game indeed takes place during the events of the Hobbes & Shaw spinoff film.

Whether or not the upcoming ninth installment in the Fast and Furious Saga will reciprocate by referencing characters or events from the game remains to be seen, but it would be a great way to cross-market both titles.

Other details that suggest Crossroads’ canonicity include Dom’s character bio in the official website which directly references the end of the “Fate Of The Furious”, as well as Tudor saying that events from previous movies will be brought up in the game itself.

It’s also worth pointing out that the original release date of Crossroads and F9 was supposed to be much closer together in May 2020. Despite this and the new one-year gap between game and movie release, Tudor reassures fans that the game will contain no movie spoilers whatsoever.

Will there be a multiplayer campaign?

There is no word on a multiplayer or co-op campaign mode yet. What we do know about multiplayer is that it will feature 3 factions: Heroes, Villains, and Cops. Players will form their own crew to compete in team-based modes involving rescue and protection, seek and destroy, and races to get to a safe zone.

Car choice, gadget choice, and team composition will be determining factors in who comes out ahead in heists and operations, but tactics and street knowledge are still important skills for players to bring to their team.

Different vehicle classes offer unique strengths, and finding the right balance for the mission will be key to success. The classes are Speed, Terrain, Power, Lightweight, and Tech. Additional customization options and upgrades can be unlocked through gameplay.

How much will the game cost?

Pricing for Crossroads hasn’t been announced yet. However, certain retailers like Amazon, GameStop, and BestBuy have listed the PS4 and Xbox One versions of the game for pre-order at $59.99.

The game’s page on playstation.com also has an option for a Deluxe Edition of Crossroads which offers the full game, a season pass, and bonus content, though we’ve seen no pre-order listings for this edition yet. For PC users, Crossroads will be available on Steam. The platform has yet to put up a page for it though, and currently cannot be pre-ordered.

For many gamers, $59.99 seems too much for Crossroads. Based on the trailer and screenshots, the game doesn’t look like a $60 triple-A title. It’s possible that the graphics have been polished since the sneak peeks were published. For now, let’s just wait until the game’s release to see what the final price will be since pre-order listings can change in the days leading up to launch.

Jonathan J Kingston is a video game enthusiast, gamer, and a veteran video game news writer for Games.lol. He spends his free time hunting for free game sites and testing their reliability.