From Page to Screen – A Brief History of “The Sandman” Adaptations 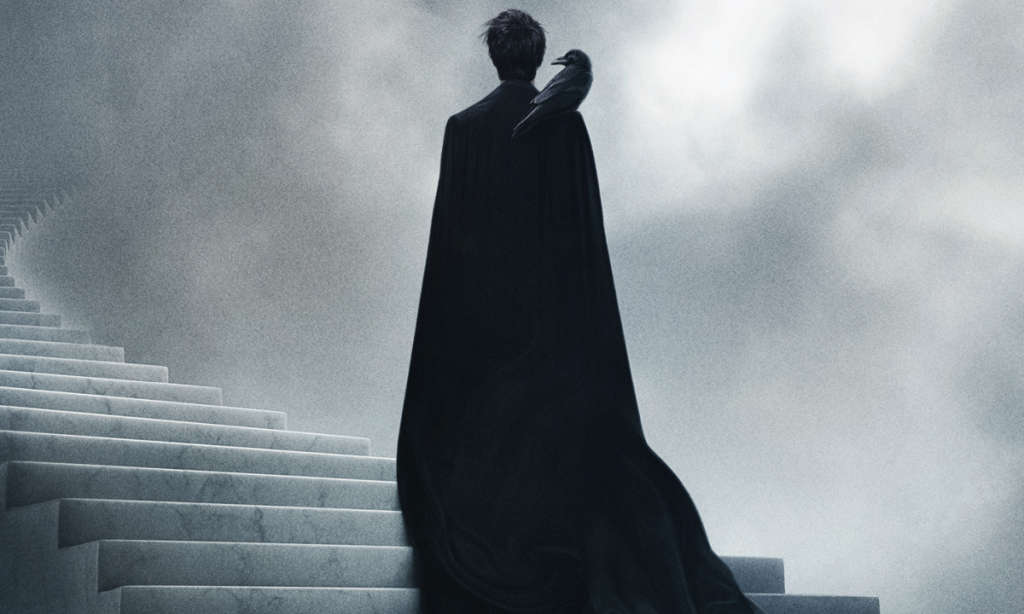 Thirty-three years after its initial debut, a screen adaptation of Neil Gaiman’s seminal Sandman series is finally coming out. But The Sandman‘s journey from page to screen has been a long one, filled with false starts, bad scripts, and all manner of developmental challenges. In celebration of Netflix’s upcoming TV adaptation, now seems like the perfect time to take a look at the history of Sandman adaptations – both successful and failed.

In 1996, work on a Sandman movie began in earnest. Roger Avary (Killing Zoe, The Rules of Attraction) was on board as director and Jon Peters was set to produce. Writers Ted Elliott and Terry Rossio (of Shrek and Pirates of the Caribbean fame) crafted a script that combined elements of the comic’s first two arcs – “Preludes and Nocturnes” and “The Doll’s House”. But while the script was reportedly positively received by Gaiman, Jon Peters and Roger Avary remained unable to agree upon the film’s creative direction. Eventually, Peters fired Avary, and The Sandman entered development hell for the first time.

For those curious, an early draft of Elliott and Rossio’s script can be read on their website, Wordplayer. For what it is, it’s not a bad attempt at an adaptation. It’s about as faithful as you could expect it to be, considering it was trying to cram two entirely separate storylines into a single coherent film. But it gets the most important thing right – despite any changes it makes to the storyline, the script always feels like The Sandman. And for that reason alone, it works fairly well. Naturally, it’s probably a good thing that this version never came to fruition – especially now that we’re getting a proper, episodic adaptation. However, we certainly could’ve gotten a much worse adaptation. And we almost did.

A Series of False Starts and Bad Scripts

Throughout the rest of the 1990s, Jon Peters continued to try and get a Sandman movie off the ground, working with a revolving door of writers on various scripts. However, none of those panned out. And some of them, reportedly, ended up being quite bad. And that’s putting it nicely. From there, the project languished in a seemingly indefinite state of development hell. In all honesty, considering how far from the comics the scripts seemed to have strayed, that’s probably for the best. Otherwise, The Sandman could’ve easily joined the ranks of other terrible comic-to-film adaptations of the 1990s and 2000s.

At some point in the late 2000s, however, work on a potential TV adaptation began. First, with a pitch at HBO from James Mangold (Logan) that never gained any traction. And then again, in 2010, with a pitch from Eric Kripke (Supernatural, The Boys). However, Kripke’s version also ended up falling apart, with Warner Bros. ultimately deciding not to move forward with it. Unfortunately, little is known about either Mangold or Kripke’s attempted Sandman TV adaptations. And given how expensive a show like The Sandman would’ve been, there’s little chance it would’ve looked all that great. But it’s nice to know that there was a moment so long ago where a Game of Thrones-style TV adaptation of The Sandman was seriously being considered.

The Joseph Gordon-Levitt Attempt of the 2010s

After a lengthy period in development hell, a film adaptation of The Sandman nearly got a new lease on life. In early 2014, Warner Bros announced they were developing a new adaptation of the series, this time with David S. Goyer (The Dark Knight Trilogy, Foundation) producing, Jack Thorne (Enola Holmes, His Dark Materials) writing the script, and Joseph Gordon-Levitt co-producing (and possibly directing and starring in the film). Initially, things seemed to go well. However, a few years went by with little-to-no updates.

Fast forward to early 2016, when Warner Bros. announced a new writer, Eric Heisserer, would be taking over. And days later, Gordon-Levitt departed the project, citing disagreements he and the studio had been having. To say all of this hinted at trouble in paradise would be an understatement. Later that year, Heisserer departed the project as well. As he left, io9he shared with io9/Gizmodo his belief that a film version of The Sandman simply wouldn’t work, and that the project would be better suited as a television show. And a few years later, a television show is exactly what we’d get.

While an on-screen adaptation of The Sandman struggled to get off the ground, work began on a different kind of adaptation. An audio version, produced by Dirk Maggs and distributed by Audible. First released in the summer of 2020, Audible’s adaptation of The Sandman was about as faithful an adaptation as you could get, with dialogue almost entirely lifted verbatim from the comics and narration from Gaiman himself. Featuring a star-studded cast, Audible’s The Sandman was an immediate success. It was so successful, in fact, that Audible released a second installment last fall, with a third to follow soon. Presumably, the Audible adaptations will continue alongside Netflix’s TV adaptation, until Audible tackles the entirety of the comic’s original run.

And Finally… The Netflix Adaptation

In 2019, after decades of failed attempts, Netflix announced they’d picked up a TV adaptation of The Sandman. Showrunner Allan Heinberg (Wonder Woman), Gaiman, and David S. Goyer would spearhead this new adaptation, with the first season tackling the comic’s first two storylines. Delayed a bit by the ongoing pandemic, the first season of Netflix’s The Sandman was filmed in the UK in late 2020 and early 2021. And now, thirty-three years after the first issue came out, a proper on-screen adaptation of these beloved comics premieres in just a few weeks. With an all-star cast, led by Tom Sturridge, Boyd Holbrook, Gwendoline Christie, Jenna Coleman, and more, Netflix’s The Sandman seems set to be the adaptation of fans’ dreams.

Netflix’s adaptation of The Sandman premieres on August 5th.