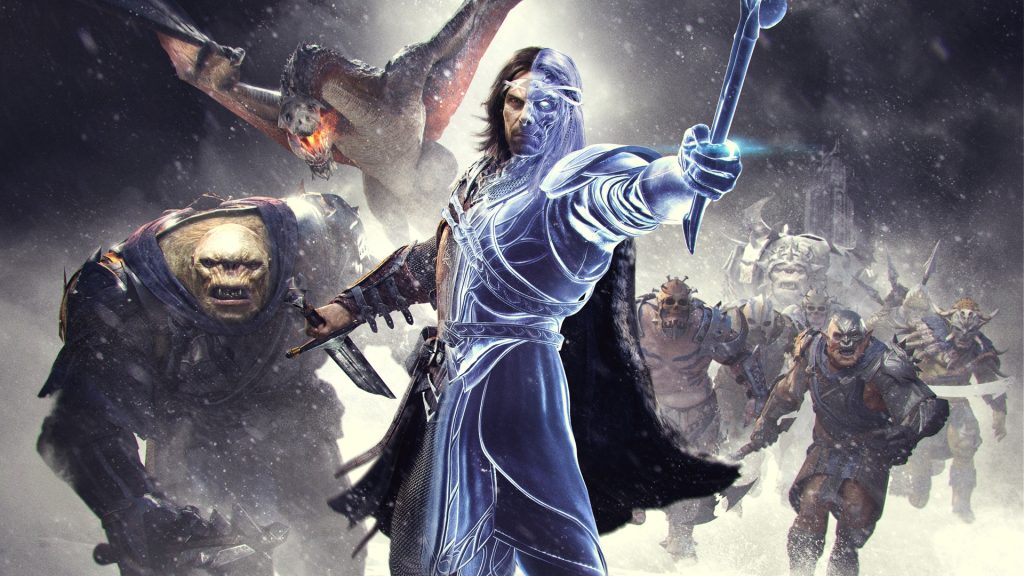 Lately, everybody has been going crazy about post-credit scenes in movies. Marvel cemented this trend and in recent years it is a common sight to see people not leaving the cinema even after the ending credits have started. Yep, everyone wants to see that extra scene to tease an upcoming sequel or to untie the movie even more.

In video games, post-credits scenes are also a common thing actually. Ohh you didn’t know? Someone’s not finishing their games? Don’t worry we’re here for you.

If you want to experience these games and their post-credit scenes on your own, they’re currently available on PlayStation. Just make sure to get some PlayStation Gift Cards to juice up your balance!

Great, let’s quickly go through some of the most memorable post-credit scenes in gaming. Attention though – SPOILERS INCOMING! 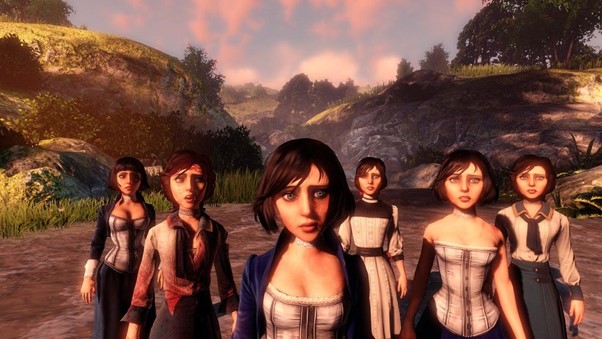 Bioshock Infinite had a really twisted ending, which made you feel pretty much like the first time you saw Inception – you didn’t understand anything at all. The game pretty much tied all the three Bioshock games and even after seeing the ending a couple of times to gain some confidence of actually understanding it, we were all left with so many questions.

Apparently, there are many parallel universes connected by the lighthouses. Think it that way – every lighthouse is a dimension of its own. If we are to go into details it would take forever but here are some of the more mind-blowing twists – Booker is Comstock and Elizabeth is Booker’s daughter, having the birth name of Anna. This totally changes the whole picture. And on top of it all, there is a post-credits scene that totally gives you vertigo with all that thinking.

In this post-credits scene, Booker wakes up in his office and walks into a room with (most likely) a sleeping baby, which he thinks is Anna. Was that a happy ending? Had the universe reset itself and all the evil deeds are now fixed? Or it is something that would still lead us to the same outcome? Are things going to repeat themselves? Well, one thing is for sure – there is an ‘infinite’ number of theories about it. 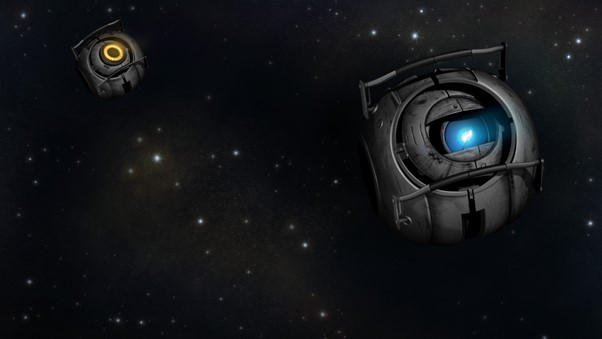 After the ending credits in Portal 2, we get a scene that doesn’t aim to lead to a sequel or tie the game further with Half-Life. Instead of that, we get to see Wheatley flying in space apologizing for his evil deeds. This is actually a fantastic way to show that even the bad guy can regret his evil doings and it certainly looks like a happy ending, which is something that is considered boring these days.

But with the same uniqueness of the game, this post-credit scene looked fresh and original. Why can’t we all be friends in the end, after all? Maybe this is the wisest message that Portal 2 can give us. We even get to see the Space core flying around bursting out of happiness by the fact that it is floating in space. So cute! 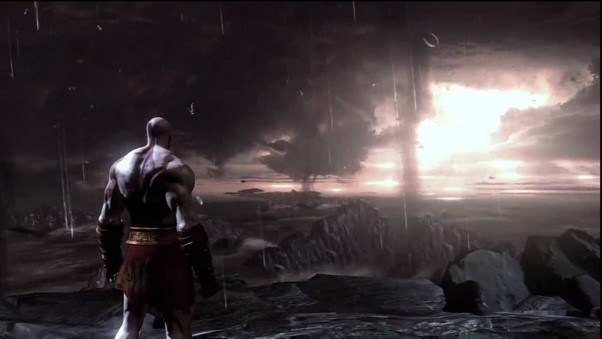 After finishing God of War 3 we were left with too many questions. What would happen to the world after all the gods have been mercilessly slaughtered by the angry Ghost of Sparta? Did he die? Was that the end of the story? If you were patient enough to wait for the credits to end you would see a secret scene that shows the place of the final boss fight with Zeus, and the damage Kratos did to the world. But his dead body is not there.

Did he survive? Does that mean that we will see another God of War game? (well back then we didn’t know, but now we do) One thing was for sure, we didn’t want the story to end there! 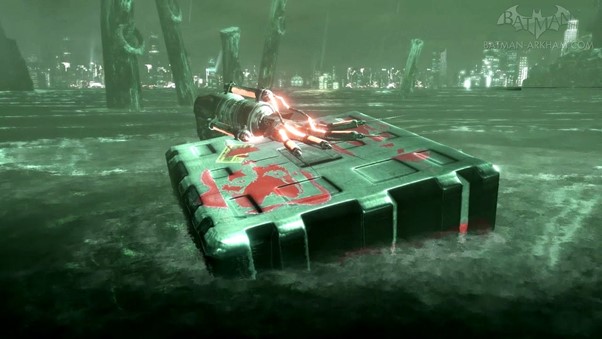 Arkham Asylum was a jaw-dropping Batman experience when it came out. When you get a game this smokingly good, you would definitely expect a sequel. What better way to tease that than a post-credit scene? You actually see a villain grab a crate of the Titan formula. It is pretty much random who exactly you will see. It could be Killer Croc, Scarecrow, or Bane.

While the scene does not reveal much, it tells us exactly what we all needed to hear – our caped vigilante still has a lot of work to do. Honestly, Arkham City never fails to deliver! 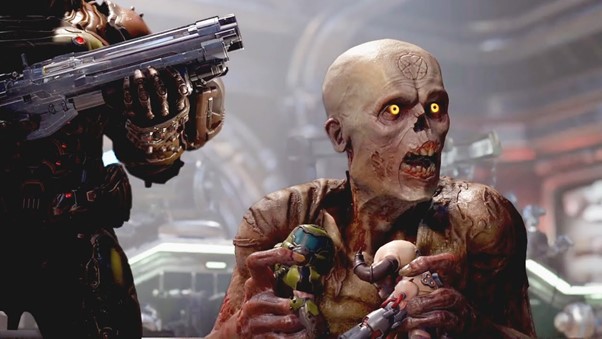 When the Doom franchise came back with a vengeance in 2016, it was more than everything we ever wanted it to be, it was everything we had ever dreamed of. Then in 2020, we got Doom Eternal which blew us away by raising the bar even more. Blood, gore, demons and so much more brought us that wicked atmosphere that only Doom could provide.

But that new generation of Doom games managed to do another thing that many other games just can’t – to be more of a game, rather than a movie. Being a pure gaming experience, with all the fun and an arcade feel to it, the game also featured a humorous side, with all the references to old Doom games and easter eggs all while keeping its dark and gritty touch.

In the same tone when you complete the game and wait for the ending credits to end, you get a funny scene with a lesser demon having fun by playing with two POP figures – a Cyberdemon and Doom guy. All is fun until the actual Doom guy steps in and loads his shotgun which pretty much ends all the joy for the poor demon.

It is not like we get a lot from that scene, but it looks cool and shows that there is always a demon to be killed. The party is never over. Or maybe it says that not all demons are that bad. Who knows? It definitely gave us a good laugh though! 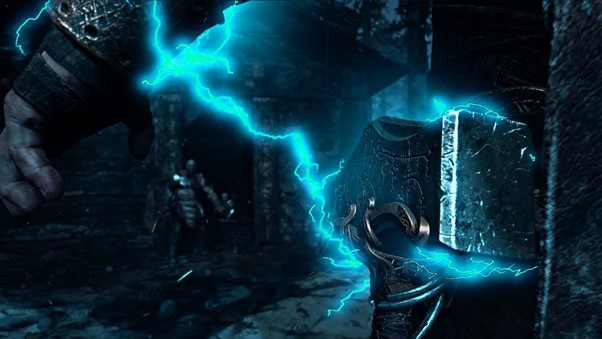 Another God of War post-credits scene? Well, the guys in Santa Monica certainly know how to tease big things!

After Kratos butchered the whole Greek Pantheon he headed to the world of Norsemen to do the same thing to their gods. God of War (2018) definitely turned out to be the best of the series and had some of the most memorable and beautiful moments in gaming history.

While traveling throughout the nine worlds of Yggdrasil with all the diverse enemies, well-written characters, stunning levels, and intriguing quests, we were left with a thirst for more. We were bloodthirsty for a sequel!

The game’s true ending gave us a glimpse of what would follow after it was revealed that Atreus is a Titan and his name is Loki. But just after you finish the main quest and see the credits there is a secret scene. You have to go back to your house, just to get visited by someone. It is not Baldur this time, it’s even worse. Thor arrives on your doorstep, holding his mighty hammer ready to fight. Unfortunately, this is all we see but it is still the best tease for a sequel ever, right? 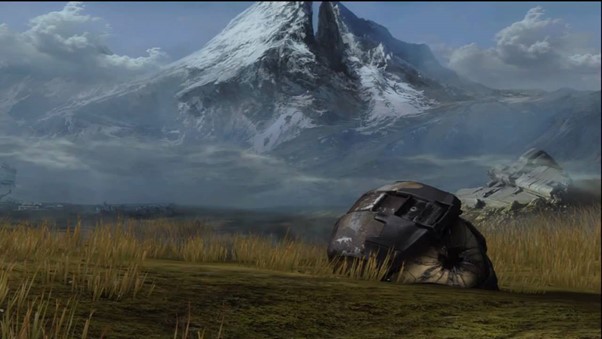 Halo is notorious for leaving in a little post-credits scene at the end of their video games and Halo: Reach, the fifth installment of the game is no different. But in this case, Bungie went above and beyond. They made a whole playable level for players to enjoy after the credits. It is dubbed as the ‘real’ final mission of Halo: Reach called the ‘Lone Wolf’.

The mission is basically to keep Noble Six alive as long as possible after he was left on Reach, cornered by enemies on all sides. Of course, eventually, Noble Six is overwhelmed by the enemy and falls. A cutscene will explain that he died to pass on the torch and help save humanity.

Halo: Reach is arguably one of the best Halo games out there and its post-credits scene is a testament to that. Some have even dubbed it as one of the best and saddest video game scenes to experience. 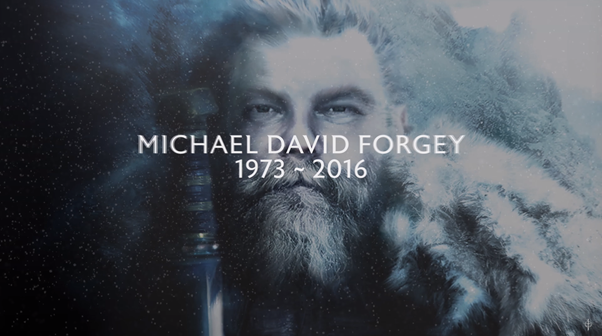 Shadow of War was a huge improvement upon Shadow of Mordor and we can safely say that it is one of the best games based on the LOTR franchise. What made it so great is the Nemesis system, the unique orc enemies, the variety of ways to dispatch your enemies, the sieges, and much more.

But where it really shined was the fact that it created a convincing and enjoyable story all while loosely sticking to actual LOTR events and Tolkien’s canons. Apparently, the game was created by guys who really put their hearts into the game.

There was a post-credits scene to honor Monolith’s executive producer Michael David Forgey, who passed away in 2016. We get to see some really touching personal photos of him, which will most likely bring tears to your eyes. In fact, he was also portrayed in the game by Forthog the orc slayer, a murderous Uruk nomad that you get to meet in-game under certain circumstances to actually save you when you are in big trouble.

In this post-credits scene, we see him killing dozens of uruks under the pleasant song – Back Home. What a perfect end to this fantastic game. We thank you Michael David Forgey for everything!

No one really watches the credits of a game or any show anymore, and these post-credit scenes are a wonderful way to make you do so. Some of us are not ready to wait for that long and would just Google it or watch it on YouTube, which is fine. But these credits are there for a reason, they are the people who make the games that we all enjoy, and to recognize their efforts is a form of respect.

Anyways, there are a lot more post-credit video game scenes out there that might still be lingering on your minds, so do let us know in the comments below! 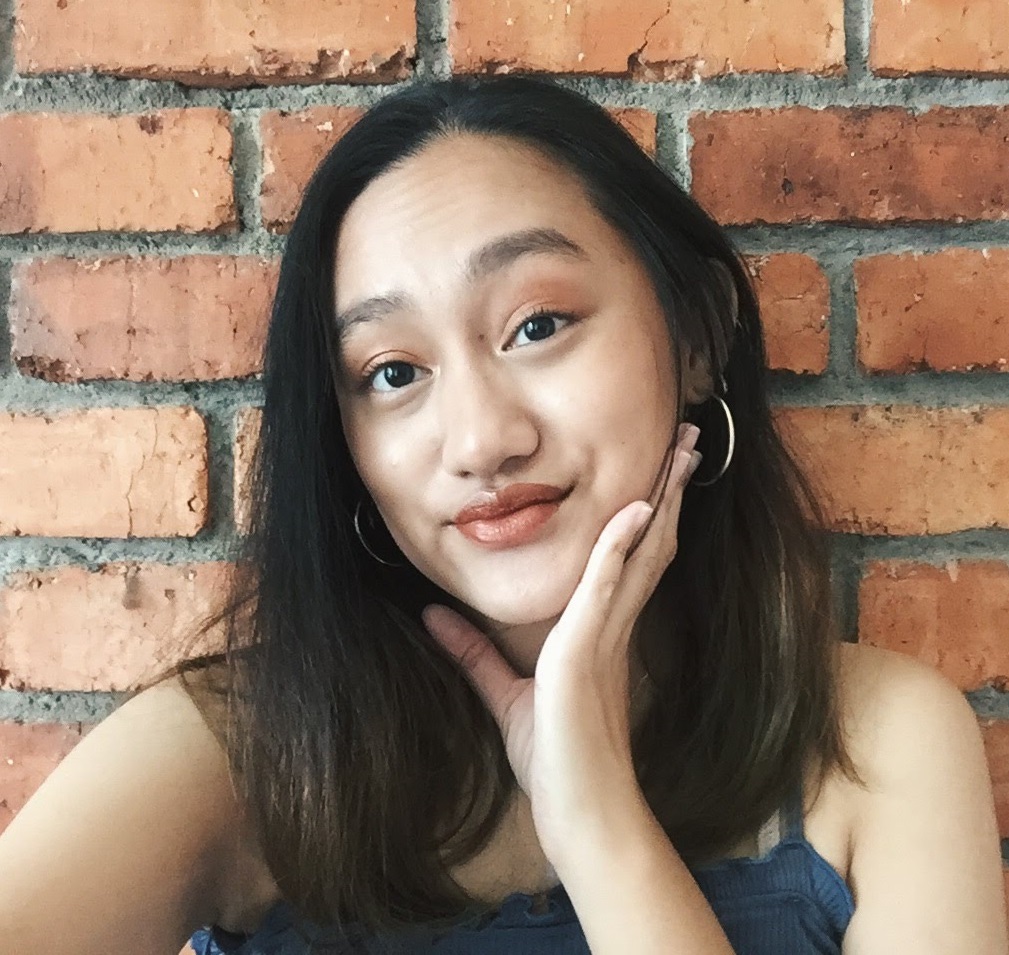