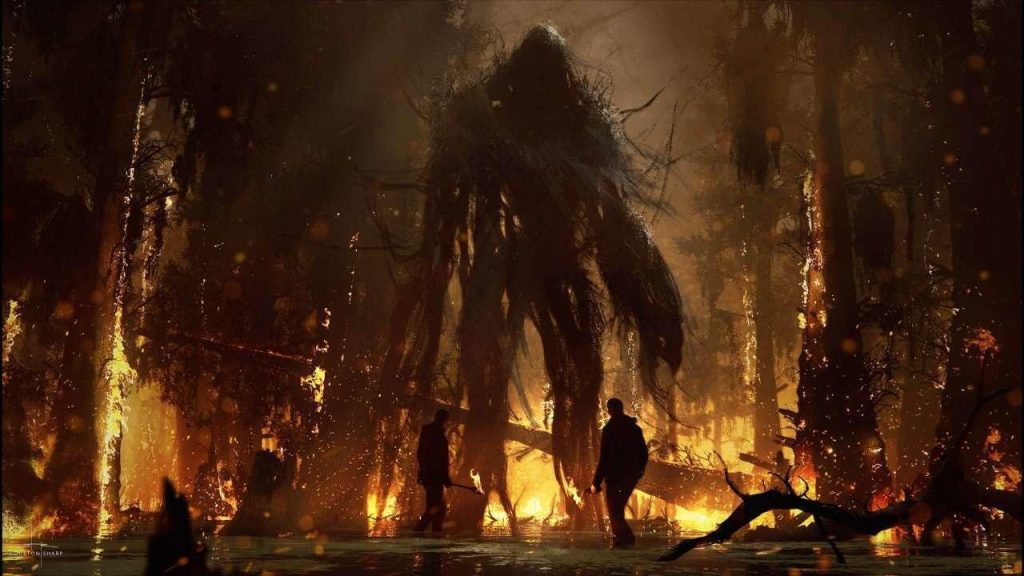 If a rock crashed into your medulla recently, causing you to miss the big announcement about “Justice League Dark,” here goes. Director Sensei Guillermo del Toro decided to announce his vision for some geek-altering film. You know? The one WarnerMedia promised us has now become an HBOMax series by JJ Abrams? (More on that later.)

“Justice League Dark” is one of the fascinating factions DC Comics ever created. This mystical group of antiheroes has enough literal firepower to make the homeowner of hell wonder, “Why is it so cold in here?” Enough delay: If you haven’t seen it, Guillermo del Toro got on the widely underrated podcast, Josh Horowitz’s “Happy Sad Confused” to finally share what would have been with “Justice League Dark.”

One of those lost projects I’ll always wonder about. Here’s @RealGDT on JUSTICE LEAGUE DARK.

Justice League Dark: What Could Have Been

That was more than a decade ago. Just imagine: Guillermo del Toro making a DC Comics horror film! Nerd paradise! That would be like James Wan making a DC Comics horror TV series, but uh…we all know how that ended up, right? Regretfully, Warner Bros. and DC Comics can’t help themselves with all these calamitous fart-and-fall-down moments to build a vibrant universe. They get us hype over what could have been, only to hurl us all under a bus with what is.

Fans enjoyed the short-lived dystopia for “Justice League Dark” and thoughts of it on the big screen. As del Toro suggests, it sounds like this would have been badass:

“I took a little bit of the opening of the Alan Moore Constantine. And I took the dynamics between [Abby Arcane] and Swamp Thing and I took the sort of revelatory moments when Deadman gets into a body…how he would experience the consciousness of that being. And, one of my all-time favorites is the demon Etrigan. I love that character.

So you try to put them together. Zatanna is really, for me, another character that is really effortlessly powerful and interesting. So trying to mix that with Klarion the Witch Boy.

The man whose vision brought us “Pan’s Labyrinth” and Oscar-winning “The Shape of Water” would have been sublime. Fans and haters alike always bemoaned (or celebrated) the gritty darkness of DC Films. This faction calls for it. When del Toro announced he was out, Warner Bros. quickly brought in Doug Liman of “Edge of Tomorrow” and “The Bourne Identity” fame to cover the stench left by the falling out with GDT. Only, when a guy has directed “Swingers,” it doesn’t scream horror to fans.

So, Liman was out. That was five years ago! And here we are, still wishing for what could have been. Does anyone at DC Films or WarnerMedia listen to fans? Like, ever?! You have John Constantine, Swamp Thing, Deadman, Etrigan the Demon, Madame Xanadu, and Zatanna getting the band back together to battle Klarion the Witch Boy, which spells close to $1 billion at the box office. Even the most die-hard Marvel fans would stand in line for that movie.

But, no. Instead, we’re getting “DC’s League of Super-Pets” because that’s what they think we want.

The Glimmer of Light About DC’s Dark

Sometime in 2020, HBOMax thought they had some news to squash all the trolling when they announced Bad Robot’s J.J. Abrams would make a series on “Justice League Dark.” Don’t get me wrong, J.J. Abrams is a splendid filmmaker. Considering he resurrected two iconic franchises in “Star Trek” and “Star Wars,” a series on the misanthrope demon-seeds of DC Comics could be so lovely.

But, this is Guillermo del Toro that left. Horror is one genre both Marvel and DC have flirted with, but only enough to get a gal’s phone number. Sure, it’s a nice-looking appearance. But once that guy opens his mouth, a girl is searching for an Uber with quickness.

So, let’s focus on what HBO Max could do with this comic faction. We have seen what Netflix did with comics, and it’s so good that nerds will riot in battle cosplay gear if Marvel doesn’t #SaveDaredevil and The Punisher. And, not for nothing, but “Luke Cage” was heading to a complex and remarkable Season 3 when the plug was pulled from Cheo Hodari Coker.

If people give the proper treatment of dread and dismay, the fear and trembling that “Justice League Dark” was written to convey would freak folks out! In an interview with Heroic Hollywood, HBO Max’s Chief Content Officer Kevin Reilly shared his impression of the streamer’s involvement with Abrams and JLD:

Yes, he’s always loved it. He always felt that there was a lot of opportunity there and an unexplored territory, and kind of a pond that he could play in exclusively.

Vague, but a glimmer of hope there. Of course, we haven’t heard much about HBO Max’s plans with the more gruesome side of DC Comics lately. We know a couple of promises are still in development. There’s the John Constantine series in the works. And fresh off the heels of “Promising Young Woman,” Emerald Fennel has been connected to what would become DC’s fourth female-led film. If you know DC Comic canon, you know those two adored characters eventually mash their occultic powers together, so to speak.

If those two merge into a force for HBO Max, Justice League Dark must be the next step. And, as nerds have proven in the past, “different” does make money when it works. Remember the ballyhoo over “Guardians of the Galaxy“? That was a risk, which paid off in massive dividends to the tune of $1.63 billion for both movies! So, then, we have “Suicide Squad.”

David Ayer’s film created a groundswell of interest. It made more than $745 million at the box office yet is still considered a flop. That may explain why a James “I created the Guardians of the Galaxy” Gunn version of “The Suicide Squad” only earned $167 million. (And, by the way, that was a damn shame! Bad look by DC fans there.)

If “different” is good, fans will reward the effort in a momentous fashion. “Justice League Dark” is one of the most different things this beleaguered partnership of WB and DC could produce. And it would work if they were allowed to push that envelope to the depths of hell where this thing belongs. When Peter Milligan and Mikel Janin sat down in 2011 to create this cavalcade of sardonic and offbeat characters, they wanted to establish something that was “emotionally dark.”

It’s the best thing DC Comics and WarnerMedia owns to catch up to the juggernaut created by the real Sorcerer Supreme, Kevin Feige. Considering what Marvel is preparing to do with The Necromancer and Doctor Strange this year, the multiverse has become the proven playground for some of the most obscure characters in any comic series to be introduced. Now is the time for J.J. Abrams to pull whatever cork in his behind out and make this HBOMax series show us what does go bump in the night.